Vox Sentences: The GOP puts the Kochs on ice 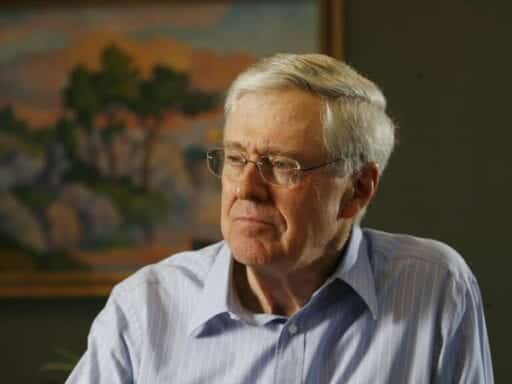 The RNC Koch-blocks; Qataris must jump through hoops to go on Hajj.

Republicans have begun to sever ties with the Koch brothers

Why can’t Qataris go on Hajj?

“Online trolls and harassers want us, the Times, and other newsrooms to waste their time by debating their malicious agenda. They … want to disrupt us and harm individual reporters. The strategy is to divide and conquer … This is not a good-faith conversation; it’s intimidation.” [Editors from The Verge in defense of writer Sarah Jeong]

Watch this: Why the street gang MS-13 is an American problem

We need to separate fact from fiction about MS-13. [YouTube / Ranjani Chakraborty and Mallory Brangan]

Living While Black and the criminalization of blackness

How to flip a witness, as explained by a former federal prosecutor

MoviePass isn’t dead yet, but it’s banking on a risky strategy to stay afloat