Welcome to the October issue of Vox’s The Highlight 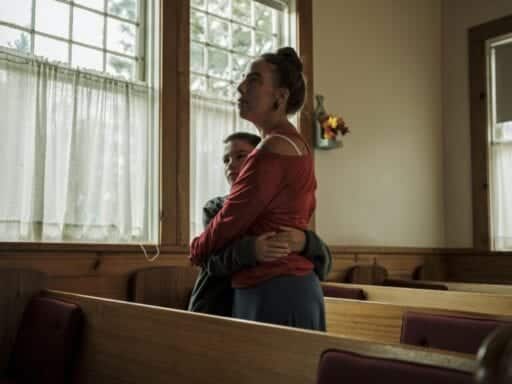 Share
Loading...
Amanda Rose and her son at a Sunday service at the Magalia Community Church in Magalia, not far from Paradise, California. | Mason Trinca for Vox

The aftermath of the Camp Fire that nearly leveled Paradise, California, the mainstreaming of homeopathy, everything you need to know about the term Latinx, and more.

In the still-dark hours of the morning on November 8, 2018, a handful of sparks flew from power lines that criss-crossed Pulga, California, striking like flint against vegetation that was later described by investigators as “tinder dry.” It was late in the wildfire season, but warm and gusty — a day of eerily perfect conditions for a tragedy. The Diablo winds blew the burgeoning flames of the Camp Fire west at a ferocious clip, tearing across towns such as Concow, Magalia, and Paradise, razing homes faster than residents could flee.

What happened in the next 17 days was widely chronicled, in the news as well as in survivors’ social media posts, which captured fear, panic, and human resilience. But what becomes of survivors of a disaster a year later, when the cameras are gone, when the piles of paperwork mount and the realization sets in that there may be no easy homecoming?

For our seventh issue of The Highlight, we dispatched a reporter and a photographer who had covered the Camp Fire to return to Paradise; they found hope dimmed and recovery efforts designed for disasters of years past failing those affected by the climate change-heightened disasters of today. Where Paradise once was home to 26,000 residents, it now has about 2,000. The money is drying up, a lawsuit is brewing. Will Paradise ever be the same?

In this issue, we also look at the rise of homeopathy, once a fringe form of health care that (despite recent crackdowns by federal agencies) continues to grow with the wellness movement, fueled in part by rising mistrust of mainstream medicine. And in Washington, DC, a billion-dollar lawsuit raises the question of whether cities’ “urban renewal” plans have kicked off pernicious overgrowth, shutting out even the people the cities had hoped to attract. We also offer tips for getting off your phone, and cartoonist Terry Blas returns to explain the rise of the term Latinx.

More than any of our issues so far, this one is a reflection of how we live now, grappling with climate change and urban life, and our shared (slightly embarrassing) addiction to information.

A year after the Camp Fire, Paradise wonders: Will it ever be the same?

Last year, the worst wildfire in California history nearly leveled a town called Paradise. Since then, residents have scattered and a lawsuit simmers. Can recovery efforts ever return a community to its old self?

“It’s just a big illusion”: How homeopathy went from fringe medicine to the grocery aisles

As some lose faith in the factory-like care of conventional medicine, these curious remedies are ascendant.

Is it time for American cities to stop growing?

The word “Latinx” is growing in popularity. This comic explains why.

The gender-neutral term that’s supposed to be for everyone, well, isn’t.

How to stop looking at your phone

Don’t use it as an alarm, and other tips to break your insidious little habit.

“I want him out”: Lisa Murkowski calls for Trump’s resignation
How to run the world remotely
The Justice Department just charged a Russian with trying to infiltrate the NRA
Africa has so far been spared the worst of the coronavirus. That could soon change.
No, Joe Biden did not mysteriously gain 130,000 Michigan votes all at once
Which State of the Union proposals might actually happen — and which won’t