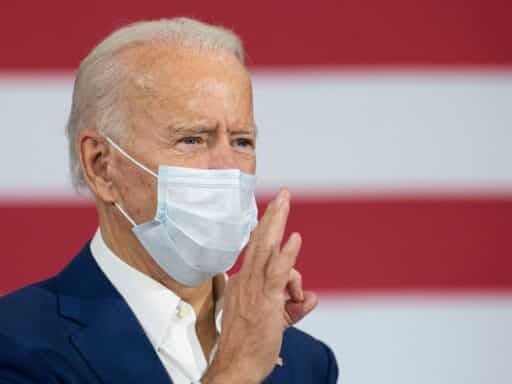 The vaccine rollout hasn’t gone as smoothly as hoped. Here’s how to fix it.

One of President Joe Biden’s most pressing tasks is speeding up America’s Covid-19 vaccination efforts.

Vaccines are the US’s way out of the pandemic. But the vast majority of Americans — perhaps 70 percent or more, though we don’t know for sure — will have to be inoculated to reach herd immunity or protect at least most of the population. That means vaccinating hundreds of millions of people.

The US isn’t on track to do that quickly. Former President Donald Trump’s administration aimed to vaccinate 20 million Americans by the end of 2020. Three weeks into 2021, slightly more than 15 million have gotten at least one dose. The Trump administration resisted a more hands-on approach that could get the process moving faster, while other countries that acted quickly have been able to surpass or catch up to the US.

As part of his $400 billion Covid-19 proposal and national vaccine plan, Biden has promised 100 million shots in 100 days, enough to fully vaccinate 50 million people with the two-shot vaccine. But to achieve — and hopefully exceed, as some experts say is needed — that goal, he’ll have to solve problems with the vaccine distribution chain’s “last mile”: from storage and distribution facilities to actual patients. That requires more federal support and coordination to help state and local governments and health care facilities work through staffing, scheduling, equipment, and other concerns.

In the coming months, as vaccine distribution expands to a wider population, new issues are certain to arise. While not all of these are foreseeable, experts say there are ways to at least plan for addressing them quickly: establishing backup plans, staying in close communication with vaccinators on the ground, constantly surveilling the supply chain’s many moving parts to clear bottlenecks as they come up, and creating a public education campaign to convince more skeptical Americans.

All of this was bound to be difficult from the start. Experts have repeatedly noted that, given both its size and urgency, this will be the biggest vaccination campaign in US history. Some have compared the work it requires to that of the New Deal or World War II. There will be serious challenges and, inevitably, mistakes.

But tens of thousands of lives are at stake. More than 400,000 people have died in the US from Covid-19 — a death rate that, when controlled for population, is more than 2.5 times that of neighboring Canada. With more than 3,000 people on average dying of Covid-19 each day, every day that passes without mass vaccinations means another day on which thousands of lives are likely lost.

Saving those lives begins with Biden embracing his new powers of the presidency.

Biden must fill the void of federal leadership

Trump never offered much leadership on the pandemic, with his administration seemingly opposed to a much larger federal role from the beginning. When asked about a more hands-on federal approach to vaccines, Brett Giroir, Trump’s assistant secretary at HHS, compared the idea to a federal invasion: “The federal government doesn’t invade Texas or Montana and provide shots to people.”

No one is talking about the Army taking over the Texas Capitol to forcibly administer vaccines. What’s needed, experts say, is for the federal government to provide more communication, guidance, coordination, and support, especially when states ask for it.

That begins with the “last mile” of the vaccine supply chain. It’s at this point, as vaccines go from a storage facility to patients, that things appear to have fallen apart in the US. Freezers broke down in California. People in West Virginia mistakenly got an experimental Covid-19 treatment instead of a vaccine. Seniors in Florida waited in long lines to get their shot. Health care workers in New York tried to cheat the system to jump ahead in line.

Across the country, facilities have complained they don’t have the staff to administer the doses they have, as health care workers deal with a surge of Covid-19 patients and workers of all kinds fall sick themselves. Others have said it’s impossible to plan ahead because they often don’t know how many doses or what type of vaccine they’re getting from the feds until the day the shipment arrives.

The Trump administration suggested it wasn’t responsible for fixing these problems: It sent the vaccine doses to states, and it was on the states to distribute those doses from there.

But there are some things the federal government could do, said Nada Sanders, a distinguished professor of supply chain management at Northeastern University. One is called “backward scheduling”: The Biden administration could partner with states to set a goal for how many people to vaccinate and then work backward, going from injecting the vaccine to the factory where the dose was produced in order to figure out what’s needed at every step. This won’t anticipate every single problem, but it will at least give officials a way to prepare.

Bottlenecks “can and will occur,” Sanders told me. “It is just part of managing a supply chain. That is why it must be monitored in real time and bottlenecks addressed as they are forming, well before they become acute.”

As distribution expands, more of these supply bottlenecks will pop up. Already, there have been reports of shortages of dry ice, small glass vials, and materials for vaccine doses. The Trump administration missed its own goal of 40 million doses to states by the end of 2020, and was still millions short three weeks into January.

As we saw with Covid-19 testing, fixing these initial problems won’t solve everything for good. When one part of the supply chain is fixed, growing capacity enables more demand along other parts of the chain, leading to new bottlenecks popping up.

The idea is to be ready for these problems and to use federal tools — such as the Defense Production Act, which can be used to boost production of needed materials — to smooth out issues as they arise. It also means working with flexibility and adaptability, given that unexpected problems can come up at any time.

In some cases, the feds will need to provide direct resources to local and state governments. This is another area in which the Trump administration fell short: State groups spent months lobbying for $8 billion to build out vaccine infrastructure, but the administration gave them only $340 million. It wasn’t until late December, when Congress and Trump passed a second stimulus package, that the federal government finally allocated the billions states had asked for.

Even that came too late. States really needed the money to plan for vaccination efforts before they were underway, and some state officials say they need even more now that they’re actually dealing with a messy rollout.

The Biden administration will also eventually have to convince people to get vaccinated, including some of the roughly quarter of Americans who are hesitant. That will require a large public education and awareness campaign, and probably some creativity and help from others — for instance, maybe having Taylor Swift or LeBron James get vaccinated on camera. Trump doing the same could help persuade his supporters, many of whom tend to be more skeptical about needing a vaccine. The US won’t be able to convince everyone to get a shot, but 100 percent compliance isn’t needed for herd immunity and sufficient protection.

Biden has already promised much of this in his Covid-19 proposal and vaccine plan, which include more support to states and proposals for mass vaccination centers and mobile units. The question now is how and whether these things are actually implemented.

This isn’t going to be easy, but it’s possible

The current mishaps with the vaccine rollout are particularly concerning because this was supposed to be the easier part. The first groups getting vaccinated were relatively easy to target — officials should know where health care workers and nursing home residents are and have medical staff nearby. With vaccine allowances now expanding to more individuals in further-flung places, vaccination campaigns stand to get much harder.

“I thought the first month would go smoothly, and then we’d hit the big crash as the decisions became more complex,” Julie Swann, a vaccine distribution expert at North Carolina State University, told me.

Experts have warned all along that the later parts of the US’s Covid-19 vaccine campaign would be an especially massive, complicated undertaking. We don’t yet know all of the problems that will arise in the coming months as more and more vaccines are distributed. “Ultimately, it is difficult to give [vaccines] out and prioritize it for a population,” Swann said.

But other countries have shown it can be done better. Israel is vaccinating people at seven times the rate of the US, and the United Arab Emirates, Bahrain, and United Kingdom are also ahead of the US. Countries that got a later start than America on vaccines, like Denmark and Ireland, are rapidly catching up.

Mathematically, the current campaign simply isn’t quick enough. At the current rate of 900,000 vaccinations per day, it would take more than 250 days — into the fall — to reach what experts believe could be herd immunity for Covid-19. Many experts have called for finishing the vaccine campaign this summer, before the next school year, a possible fall surge, and another dangerous mutation of the virus. A months-longer undertaking could result in tens of thousands more deaths.

There’s no reason the US, as the wealthiest country in the world, should uniquely struggle so much with this. The country has done big vaccination campaigns before — every year with flu shots, in fact — and it’s how America eradicated diseases such as smallpox, polio, and measles within its borders. It’s not easy, but it’s absolutely possible.

The key, though, is to leverage the powers of the federal government. Throughout the pandemic, America’s biggest failures have occurred when the federal government was slow to act or didn’t act at all. That was true with personal protective equipment for health care workers, as the Trump administration refused to make greater use of tools like the Defense Production Act. It was true for testing, as the administration described itself as a “supplier of last resort” and left state, local, and private actors to handle the bulk of the work. And it’s now true for vaccines, as Trump’s White House refused to get more involved.

This is a national crisis. Every state has far too many Covid-19 cases, based on Vox’s tracker of state epidemics. Every state is failing to vaccinate its people quickly enough — few have administered more than 70 percent of their dose supply. We need national solutions for this.

As Ashish Jha, dean of the Brown University School of Public Health, wrote in the Washington Post, “For all this pandemic has taught us and cost us, it has demonstrated again that we are the United States and, especially in crisis, an effective federal government is essential.”

This is Biden’s promise, both on the campaign trail and in his Covid-19 plan: He’ll push a bigger role for the federal government. He now has a chance to show the idea can work. Lives depend on it.