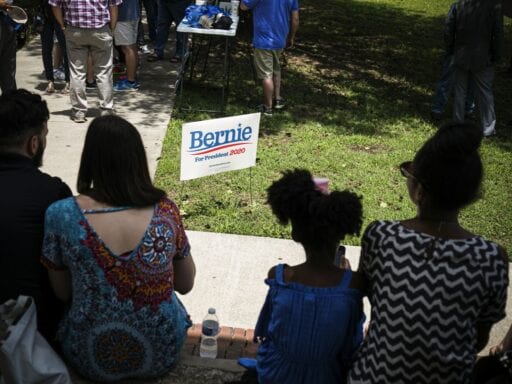 Polling places in the Palmetto State will close at 7 pm ET.

The 2020 Democratic candidates are headed to South Carolina, just the fourth state to weigh in on the presidential primary, and one that will reveal which candidates have the support of black voters.

The remaining eight candidates in the field (minus former New York Mayor Mike Bloomberg, who’s not on the ballot in South Carolina) will compete to win over the state’s diverse electorate: 60 percent of its Democratic voters are black, and 55 percent are women. Polls in the state will open at 7 am ET and close at 7 pm ET.

Because the 2016 race wound up being a landslide, results then were apparent as early as 7 pm ET, according to exit polls at the time. Since the outcome is set to be much closer this time around, it could take longer for a clear winner to emerge.

Thus far, Joe Biden, the longtime favorite in the state, has maintained his polling lead — even though his margins have narrowed. In the week ahead of the election, he was up by 11 points in the RealClearPolitics polling average.

Candidates who’ve been circling the former vice president include Sen. Bernie Sanders, who’s picked up significant momentum from back-to-back wins in both New Hampshire and Nevada, and billionaire activist Tom Steyer, who’s made a pointed play for the support of black voters in South Carolina.

For Sanders, a strong performance in the state would mark a major improvement on 2016, when he lost to Hillary Clinton by nearly 50 points. It could demonstrate, too, that he’s continuing to expand and diversify the coalition he’s built.

Other candidates including Sens. Elizabeth Warren, Pete Buttigieg, and Amy Klobuchar have all struggled, to different degrees, with picking up more black support. The South Carolina primary will indicate whether they’ve been able to make progress on this front. In the RCP average, Warren and Buttigieg are both roughly 7 points behind Steyer, with Klobuchar continuing to trail them by 4.5 points.

But, assuming Biden hangs on to his lead and wins the state, the size of that win will be the biggest story of the night: If he turns in a decisive victory, that could send a strong message about the ongoing viability of his candidacy and its strength going into Super Tuesday. A narrower win would still give him a boost, but a significantly less impactful one.

Much like some of the other early states, South Carolina is having one of its most fluid primaries in years. In a February poll from Winthrop University, 18 percent of voters said they were still undecided, while 43 percent said they could still change their minds.

Which candidates are able to secure these late-deciding voters will soon become apparent — just in time to pick up some momentum before Super Tuesday, three days later.