Why all Americans should celebrate Juneteenth 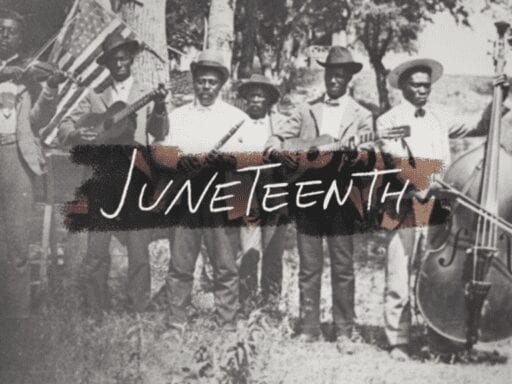 When American schoolchildren learn about slavery in the US, they are often told it ended with Abraham Lincoln’s signature on the Emancipation Proclamation of 1863.

But as late as June 19, 1865, enslaved people in Texas were still held in bondage. On that date, federal troops entered the state and began to punish slave holders and former Confederates who refused to obey the law.

“Juneteenth is a deeply emotional moment for enslaved people,” says historian Karlos K. Hill, of the University of Oklahoma.

In Texas and across the country, emancipated African Americans began celebrating annually, with parades, concerts, and picnics. “Being able to go wherever they want and being able to wander about; for enslaved people, it was an expression of their freedom,” says Hill. “Formerly enslaved people celebrating, in public, their newfound freedom, was an act of resistance.”

However, by 1877, the federal government had largely abandoned the South. The lynching era — when hundreds of African Americans were killed by white mobs each year across the North and the South — began soon after.

Today, Hill says, commemorating Juneteenth is important for all Americans because it helps us see all the ways that slavery still shapes this country, including, as he says, “the desire to master and dominate black bodies.”

Check out the video above to hear Hill explain the history and emotional significance of Juneteenth.

Why celebrating Juneteenth is more important now than ever (P.R. Lockhart, Vox, 2018)

Born in Slavery: Slave Narratives from the Federal Writers’ Project, 1936 to 1938 (Library of Congress)

The Covid-19 relief bill has saved up to 40 million people from eviction — for now
The Kentucky Senate primary showcases the 2 theories of how to beat Mitch McConnell
The Washington Post sure bungled its Kobe Bryant tweet controversy
Madeline Miller on myth, nostalgia, and how power corrupts
William Barr’s $30k Trump hotel party illustrates how corruption is becoming more brazen and blatant
House Democrats just previewed how they’d investigate Cohen’s allegations if they win