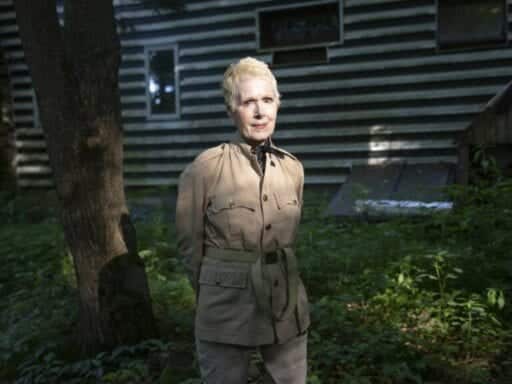 The muted response says a lot about how the press covers Trump.

On Friday, a prominent advice columnist wrote in a national publication that the president of the United States had sexually assaulted her.

But if you read or watched the news this weekend, you might have missed the story entirely.

Most major newspapers didn’t put the allegation, made by columnist E. Jean Carroll in New York magazine, on their front pages. (Trump has denied the allegation and all other allegations of sexual misconduct against him.) It was also largely absent from the Sunday morning talk shows, though Carroll did appear on MSNBC.

Of course, the news media had other important stories to cover, from a humanitarian crisis at the US-Mexico border to an administration inching toward war with Iran.

Still, the relative quiet on Carroll’s allegation was telling. “Some media outlets may be too exhausted to report on yet another woman Trump has manhandled, or … maybe they fear his wrath,” wrote Natasha Stoynoff, a journalist who says Trump forcibly kissed her in 2005, in an email to Vox.

The muted reaction from the press was a reminder that while powerful men in entertainment, tech, journalism, and other industries have been forced out of their jobs after sexual misconduct allegations, Trump remains untouchable. And it was yet another example of a problem that has dogged media outlets since Trump took office: How do you cover a president whose shocking actions on so many fronts threaten to overwhelm the normal apparatus of journalism — and overload the public’s ability to care?

The latest sexual misconduct allegation against Trump was made on Friday, when New York magazine published a cover story by Carroll, who wrote that in 1995 or 1996 Trump had assaulted and forcibly penetrated her in the dressing room of a Bergdorf Goodman department store.

In her disturbing, detailed account, Carroll wrote of the lasting effects of the incident: “whether it’s my age, the fact that I haven’t met anyone fascinating enough over the past couple of decades to feel ‘the sap rising,’ as Tom Wolfe put it, or if it’s the blot of the real-estate tycoon, I can’t say. But I have never had sex with anybody ever again.”

Trump soon issued a statement denying the allegation and accusing Carroll of lying, saying “I’ve never met this person in my life.” The New York magazine story includes a photo of Carroll and Trump together.

Trump also threatened Carroll and encouraged others to dig through her background and find information on her.

“If anyone has information that the Democratic Party is working with Ms. Carroll or New York Magazine, please notify us as soon as possible,” he said. “The world should know what’s really going on. People should pay dearly for such false accusations.”

You might imagine that a popular writer accusing the president of sexual assault — and the president firing back with threats — would dominate headlines.

“If this very credible, well-respected, well-known woman is brave enough to put her entire world at risk by coming forward with such a horrifying account — worse than any we’ve heard previously, I think — then we must be courageous and compassionate enough to listen to her, talk about it, and investigate it,” Stoynoff told Vox. “Attention must be paid.”

The attention came — but to many, it was underwhelming.

Carroll’s account has been a topic of conversation since it was published: An analysis by Vox’s Alvin Chang shows that CNN, MSNBC, and even Fox News devoted about 10 percent of their airtime to the allegations — a share that indicates significant attention.

But by several measures, Carroll’s story was eclipsed by other topics or left out altogether on other networks. The “big five” Sunday morning talk shows — NBC, ABC, CBS, CNN, and Fox — largely ignored the story, as Hayley Miller reports at HuffPost. (MSNBC’s Joy Reid did book Carroll as a guest.) Meanwhile, coverage of Carroll’s account was absent from the front pages of the New York Times, Wall Street Journal, Los Angeles Times, and Chicago Tribune, according to the Columbia Journalism Review. (The Washington Post did put the story on the front page, but didn’t lead with it.)

The New York Times was widely criticized for putting the story in its Books section online — Carroll’s account is an excerpt from her forthcoming memoir. As writer and historian Jacqui Shine, who has written about the history of the New York Times, pointed out, that may have had to do with which editor assigned the story first. But when a follow-up story came out in print, it was relegated to the 23rd page of the front section — not exactly pride of place

On Monday, Times executive editor Dean Baquet said critics were right that the story “should have been presented more prominently,” according to the paper’s Reader Center. He said that Times staff had been abiding by guidelines developed for other stories of sexual misconduct, including a recommendation that reporters find on-the-record sources to corroborate an allegation. But, he said, since Carroll’s story had been published and was already being widely discussed, “We were playing by rules that didn’t quite apply.”

One possible reason for the relative quiet: This has all happened before. Carroll was the latest of more than a dozen women to accuse the president of some form of sexual misconduct.

In the entertainment and other industries, allegations by women have had an additive effect — when dozens of women said publicly that producer Harvey Weinstein had harassed or assaulted them, it gave credence to years of rumors in Hollywood. Weinstein lost his job and now faces criminal prosecution.

But Trump, of course, doesn’t answer to a boss or board of directors who can simply fire him. As a sitting president, he can’t be prosecuted. And so far, Democrats in the House have been unwilling to initiate impeachment proceedings.

So in the case of Trump, the sheer number of sexual misconduct allegations seems to have had a desensitizing effect, with the press and the public beginning to treat an account of sexual assault by the US commander-in-chief as simply business as usual. Reaction to these accounts tends to follow a cycle, as Carroll herself pointed out in a CNN appearance on Monday morning:

E. Jean Carroll on Trump denying rape accusation she made against him: “With all the 16 women who have come forward, it’s the same — he denies he, he turns it around, he attacks, & he threatens. Then everybody forgets it, & then the next woman comes along. And I am sick of it.” pic.twitter.com/OuP20AvKTF

Trump never faces consequences when women come forward with allegations against him, so after a while, the public conversation just moves on, leaving the women themselves to deal with the fallout.

There’s another reason Carroll’s story didn’t dominate the news, and it’s related to the first reason. It has to do with the fact that there was a lot for news outlets to report on this weekend. On Friday, the Associated Press painted a disturbing portrait of conditions at a Texas Border Patrol facility, where lawyers say children are forced to take care of one another and denied basic necessities like soap and toothbrushes. It’s just the latest in a series of chilling reports from the US-Mexico border, where migrant children are being held in what many advocates say are properly called concentration camps.

Meanwhile, the president continues to threaten war with Iran, saying in a Meet the Press interview on Sunday that if Iran provokes the US, it will face “obliteration like you’ve never seen before.”

In fact, the past weekend was just the latest example of a phenomenon that started when Trump took office: There are simply so many disturbing stories to tell about the president and his administration that it can be hard to cover all of them.

All of these stories — detention of immigrants, tensions with Iran, sexual assault by powerful men — started long before Trump took office. Trump’s gift, if you want to call it that, is an ability to flood the zone, combined with an absolute confidence that he’ll never face consequences for any of his actions. When the president believes he could shoot someone on Fifth Avenue and get away with it, it’s easy to throw up your hands — if nothing matters, why cover anything at all?

But just as these stories are all bigger than Trump himself, they deserve attention even if they don’t lead to his ouster. Carroll writes that Trump was just one of many “hideous men” who assaulted or otherwise harmed her over the course of her life, starting with a man who attacked her in college.

“Every woman, whether consciously or not, has a catalogue of the hideous men she’s known,” she writes.

That was true before Trump took office, and it will be true after he leaves. But the press and the public have a choice: We can allow the allegations against Trump to desensitize us to the problem of sexual assault. Or we can use them to draw attention to it, to force a reexamination of the power dynamics in American society — even if the most powerful person of all remains, for now, untouchable.

California just passed a landmark law to regulate Uber and Lyft
11 great ways to pass the time this holiday weekend
The closure of meatpacking plants will lead to the overcrowding of animals. The implications are hor...
Chief Justice John Roberts inherits expanded role as the Supreme Court's man in the middle
Lockdowns work against coronavirus. But they take a few weeks to show they’re working.
The White House reportedly suppressed CDC guidance for reopening safely