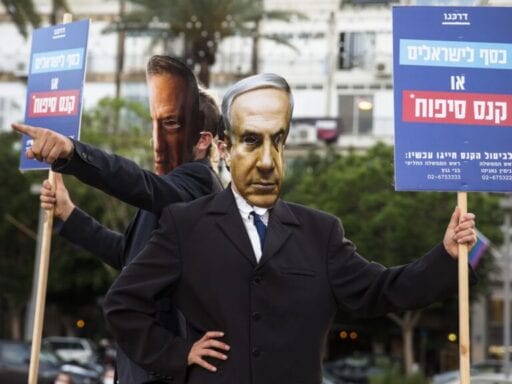 This week’s Worldly episode explores why Israel backed down and what that means for the two-state solution.

All eyes were on Israel on July 1, when Prime Minister Benjamin Netanyahu’s government was set to annex parts of the West Bank — but then, well, nothing happened.

On this week’s episode of Worldly, Vox’s weekly international podcast, senior correspondent Zack Beauchamp, international security and defense reporter Alex Ward, and senior foreign editor Jennifer Williams discuss what happened — or rather, why nothing happened — and what it all means for the future of the long-sought “two-state solution” to the Israeli-Palestinian conflict.

Netanyahu’s plan to annex approximately 30 percent of the West Bank would have dramatically altered the situation in the Israeli-occupied territory, which is home to nearly 3 million Palestinians as well as around 500,000 Jewish settlers.

And, as Vox’s Jen Kirby explains, it would have upended years of consensus about the two-state framework, historically supported by the United States and the international community. Under that plan, the vast bulk of the West Bank would eventually, as part of a final peace deal between the two sides, be transferred to the Palestinians to form the core of an independent state of Palestine.

But peace talks have stalled for years, and there is no deal anywhere on the horizon. So the Israeli right has been pushing for Netanyahu’s government to just go ahead and unilaterally annex significant portions of the West Bank that it wants to keep, making them officially part of Israel proper, regardless of what the Palestinians think about it.

Netanyahu promised to follow through on a plan to do just that on July 1, but then everything seemed to go wrong (for him).

Not only is Netanyahu currently on trial for corruption charges, but Israel is also facing a massive coronavirus resurgence that has quickly outpaced the first outbreak. Benny Gantz, who is due to serve as the next prime minister, is urging Netanyahu to address the relentless second wave first.

Possibly more consequential is the swift international condemnation of Israel’s annexation plan — the United Nations says it’s illegal, and UK Prime Minister Boris Johnson penned an op-ed against the plan. Even the United States hesitated to support the move, despite it being a direct result of the Trump administration’s “peace plan.”

To hear more about all the factors that led to Netanyahu’s sudden reversal, how US politics plays into this, and what it all means for the future of the two-state solution, listen to the full episode of Worldly, which you can stream below.

And subscribe to Worldly on Apple Podcasts, Google Podcasts, Spotify, Stitcher, or wherever you listen to podcasts.