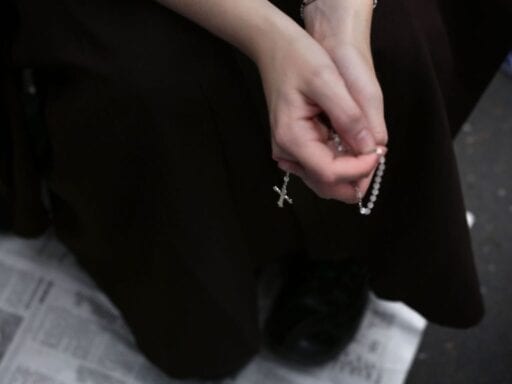 Differing state laws make it harder for some states to coordinate investigations.

Justice is coming slowly for the victims of the Catholic clerical sex abuse crisis. Since a Pennsylvania grand jury report last month identified hundreds of priests accused of molesting at least 1,000 minors over the past seven decades in that state, several other states have announced their own investigations into historical Catholic clerical child sex abuse.

The scope and scale of the Pennsylvania report was made possible by the state’s legal structures, which give the attorney general’s office a significant degree of power to conduct investigations through the grand jury system. However, each of the states below has taken steps toward centralizing the likely hundreds, if not thousands, of potential cases of clerical sex abuse that may have taken place over the past few decades.

Each state will take a different approach, due to the range of laws concerning the convening of grand juries and who has the authority to subpoena documents from Catholic dioceses. For the most part, attorneys general are trying to gather historical records from parishes and diocese to conduct these investigations. The vast stores of private documents relating to sex abuse, compensation of victims, and transfers of offending priests were instrumental in the formation and impact of the Pennsylvania report.

Ultimately, these investigations are unlikely to result in a great many arrests or convictions. Due to changes over the past 15 years or so concerning how Catholic churches deal with abuse, most of the allegations that new investigations would yield would likely have occurred decades ago, long beyond the statute of limitations. But many victims have said that the symbolic value of bringing a phenomenon defined by silence, shame, and secrecy into the public record is necessary.

As David Gibson, the head of the Fordham University Center for Religion and Culture, told Vox last month, “this whole scandal demonstrates the power of storytelling and the importance of storytelling and giving shape and weight to all these accusations.” But procedural obstacles, and differences in policy from state to state, may make that act of storytelling a protracted one.

State law in Pennsylvania allows the attorney general to call a grand jury to investigate incidents in which crimes are suspected but no formal charges have been brought. Often, the grand jury comes into place when investigating large-scale corruption or organized crime, although it has also previously been used in large-scale instances of sexual abuse.

In 2011, for example, the Pennsylvania grand jury produced a report accusing former Penn State football coach Jerry Sandusky of sexually molesting eight young boys over a decade and a half. Sandusky was arrested that year, and was ultimately found guilty of sexual abuse and sentenced to 30 to 60 years in prison.

Matt Haverstick, an attorney who represents two of the dioceses named in the Pennsylvania report, notes that not all states are like Pennsylvania, which has the ability to launch massive investigations like this one focusing on clerical sex abuse of minors and adults, which took two years to complete. “If there was no easy mechanism set up to allow for a statewide investigation, you’d either have to set one up legislatively or get agreement at the local level — usually district attorneys — to engage in individual investigations that would collectively be amalgamated in one finding,” he says.

Haverstick argued that the obstacles to a cohesive investigation in that case would be both political — individual district attorneys might have a vested interest in making a name for themselves by leading prosecutorial charges — and ministerial. “It’s easy to organize a statewide report if you have one body,” he said.

Here are the states that have announced investigative initiatives thus far:

Missouri: The first state to announce an investigation back in August. Attorney General Josh Hawley is working with the cooperation of the Archdiocese of St. Louis, which requested the probe, to investigate clerical records spanning decades. Missouri’s four other archdioceses are not yet under investigation, although Hawley has already asked them to hand over all available records.

The cooperation of various dioceses is vital to the investigation because in Missouri, the attorney general does not have the power to subpoena documents beyond those voluntarily provided by the church, or to convene a grand jury. (Individual district attorneys, however, still have the power of subpoena.)

New York: Attorney General Barbara Underwood has subpoenaed each of the state’s eight dioceses for records pertaining to child sex abuse. Her office has also set up a hotline for victims or witnesses of clerical child sex abuse to report incidents directly. Because of state laws, Underwood’s office does not have the authority to unanimously call a grand jury, but must rather liaise with district attorneys at the local level.

New Jersey: Attorney General Gurbir Grewal announced the creation of a task force, as well as a hotline for abuse survivors to report their experiences directly with the state. The task force will be led by Essex County Prosecutor Robert D. Laurino, and will be empowered to subpoena records from the state’s six dioceses.

The state is likely to be under a particular media microscope because the majority of the allegations against ex-Washington, DC, Archbishop Theodore McCarrick, who is accused of decades of sex abuse against both young seminarians and minors, took place there during McCarrick’s tenure as bishop of Metuchen and, later, archbishop of Newark.

Kentucky: Deputy Attorney General J. Michael Brown announced in September that he will seek permission from the state legislature to open a statewide grand jury investigation.

New Mexico: Attorney General Hector Balderas demanded that archdioceses turn over all documentation concerning child sex abuse to his office. While Balderas has subpoena power, he has not yet formally invoked it in this instance. Instead, he wrote in a public letter that he hopes the church will take the initiative to make “a full, massive disclosure.” So far, officials from the state’s two dioceses (Las Cruces and Gallup) and its single archdiocese (Santa Fe) say they plan to cooperate.

Illinois: At least seven priests with connections to Illinois were named in the Pennsylvania report, which prompted Attorney General Lisa Madigan to ask to meet with state church officials regarding the report and sex abuse more widely. In a statement, she said, “The Catholic Church has a moral obligation to provide its parishioners and the public a complete and accurate accounting of all sexually inappropriate behavior.” The Archdiocese of Chicago has agreed to meet Madigan. It is currently unclear how much, if any, information the archdiocese intends to turn over.

Nebraska: Attorney General Doug Peterson has asked (but not subpoenaed) the state’s three dioceses for their records. Likely to be particularly significant is the historically conservative Diocese of Lincoln, the only diocese in the United States not to subscribe to the 2002 Charter for the Protection of Children and Young People. More commonly known as the “Dallas Charter,” it’s a zero-tolerance policy of reporting clerical sex abuse to legal authorities codified in the aftermath of the Boston Globe’s reporting on widespread abuse in Boston. (Lincoln finally started complying with church-wide audits in 2016, after the retirement of its notoriously conservative presiding bishop Fabian Bruskewitz.)

The diocese is currently investigating six priests for alleged abuse. Its representatives have publicly stated that it intends to comply with all legal requests.

Wyoming: Unlike in the states listed above, the investigative push in Wyoming is happening through the police system. Cheyenne police have announced that they are investigating sexual abuse allegations against retired Wyoming bishop Joseph Hart, who has been accused of sexually abusing minors in Wyoming as well as in Kansas City, where he previously served as a priest.

The Kansas City allegations first surfaced in the late 1980s and early ’90s. At that time, the Kansas City-St. Joseph Diocese did not find the allegations credible, but it did pay for counseling for one of the victims. More broadly, state police officials have asked clerical sex abuse victims to come forward.

Eight states in all have announced initiatives of varying degrees to centralize and address abuse, including many incidents that may be beyond the states’ statutes of limitations. However, differences in legal procedures between states makes it difficult to know whether, and to what extent, a study on the scale of the Pennsylvania report might be replicated in other states.

The capacity of other states to launch similar grand jury investigations is, in fact, limited based on local jurisdiction. In states like Kentucky, the attorney general requires the state legislature’s approval to open an investigation. In other states, like Missouri, the ongoing investigation is only possible with the full participation of the archdiocese.

In Virginia, investigations are legally prohibited from being made public until and unless somebody is formally charged with a crime, which is particularly difficult given that many clerical sex abuse cases are beyond the statute of limitations. (In Virginia, in most cases, victims of child sex abuse can file claims until their 38th birthday.)

Elsewhere, attorneys general have made the case that their power to begin investigations is limited. Already, in Louisiana, Attorney General Jeff Landry has released a public statement saying he has no authority to launch an investigation there.

The disparity in policies across states, therefore, is likely to frustrate victims and advocates alike. The task of cataloging the likely thousands of child sex abuse cases — many of which are beyond the statute of limitations — is unlikely to happen anytime soon, or without the cooperation of the United States’ 198 Catholic dioceses.

Still, Haverstick notes that he does not think a statewide, centralized investigation is necessarily the best way forward when it comes to tracking sex abuse cases. “I think a fairer approach is one that is done at the more local level,” he said. “[Dioceses and archdioceses] are all individual organizations, and to treat them as one organism can work unfairness [sic] to any kind of investigation, and to the church.” Even within one state, he says, individual dioceses can have drastically different cultures.

Haverstick argued that the church — or at least some of its dioceses — is also taking the initiative when it comes to publicly contending with the scope of abuse. One of the Pennsylvania dioceses he represents, Harrisburg, has publicly named all accused priests. “I’m not sure you need a criminal and civil investigation to make the church do that. It seems like it’s doing that on its own,” he says. Certainly, in some states, such as Connecticut and Oklahoma, individual dioceses have already announced internal reviews of abuse allegations.

However, it’s apparent that not all dioceses have a history of complying fully with investigative bodies. Back in March, for example, the Diocese of Buffalo, New York, preemptively released a list of 42 priests who had been removed from their posts over sexual abuse allegations. At that time, Bishop Richard B. Malone stated that no accused priests remained in active ministry. But a leaked internal document last week put the number of accused at 106, and included priests who were still serving.

Victims of these often decades-old crimes thus have good reason to be wary of the church’s ability to police itself. In the aftermath of the Pennsylvania report, state hotlines have been flooded with new allegations. And given the rate of revelations, it’s likely that the cases we know about are just the tip of the iceberg.

Netflix’s Russian Doll is a show you should know nothing about except how good it is
You can now buy Star Wars hypebeast sneakers, fancy Dutch ovens, and status parkas. Here’s why.
The Other Black Girl is a pulpy, joyous thrill ride of a book
Drive-ins were huge in 2020. But can they work for live music?
How brunch became political
CDC says it’s safe to reopen schools — with proper precautions