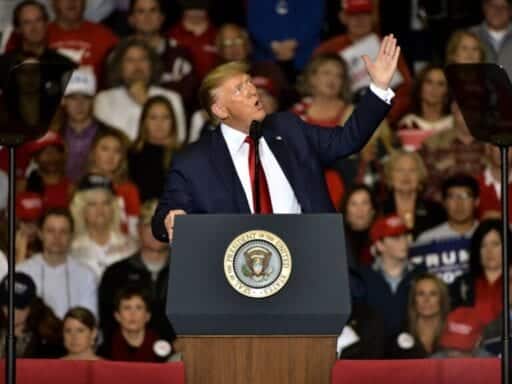 One of Trump’s most audacious legal claims had a terrible day in court.

Less than two weeks ago, President Trump’s personal attorney William Consovoy stood before a panel of federal appellate judges and told them that the president is immune from criminal investigation even if Trump shoots someone in the middle of Fifth Avenue.

It didn’t take long for that panel to reject this extraordinary argument. On Monday, an unanimous panel of the United States Court of Appeals for the Second Circuit held that Trump is not immune from such investigations. The case is Trump v. Vance.

Vance arises from Manhattan District Attorney Cyrus Vance’s effort to secure many of Trump’s financial documents from Trump’s accounting firm, including his tax forms. Vance seeks these documents as part of a fairly broad-reaching criminal investigation that may ultimately implicate Trump himself, but that may also only wind up implicating some of Trump’s companies or his business associates.

Vance’s investigation is a state investigation and is entirely separate from the House impeachment inquiry. Indeed, Trump’s lawyers argued that one reason why Trump should be immune from this investigation is because it is being conducted by state officials and not the federal government.

Yet, as Chief Judge Robert Katzmann, a Clinton appointee, explains for his court, Trump’s immunity claim is especially weak because Vance seeks personal documents that are unrelated to Trump’s conduct in office. Though prior Supreme Court decisions establish that the president enjoys “absolute immunity from damages liability predicated on his official acts,” this case does not involve Trump’s conduct in office. Nor does it even involve an “order that compels the President himself to do anything.”

The only thing at issue here is whether Trump’s accountants must comply with a subpoena. And the court answers that question in the affirmative. “While the President may be correct that state courts lack the authority to issue him orders,” Katzmann writes, “that provides no basis to enjoin the enforcement of a subpoena issued to a third party simply because the President is implicated in the subject matter of the investigation.”

This decision is undoubtedly correct, at least under existing precedents. “The most relevant precedent for present purposes is United States v. Nixon,” Katzmann notes, a 1974 Supreme Court decision requiring President Nixon to “‘produce certain tape recordings and documents relating to his conversations with aides and advisers’ for use in a criminal trial against high‐level advisers to the President.”

Nixon involved official communications that were protected by executive privilege. And yet the Supreme Court held that Nixon must turn over those communications. Vance, by contrast, involves documents unrelated to Trump’s official duties and unprotected by executive privilege. Trump’s immunity claim in Vance, in other words, is much weaker than Nixon’s unsuccessful claim in Nixon.

Nevertheless, Trump’s lawyers have already signaled that they plan to take this case to the Supreme Court. The question there will be whether the Supreme Court’s Republican majority is willing to find a way around cases like Nixon in order to benefit Trump.

It’s important to note just how narrow this decision is. “This appeal does not require us to consider whether the President is immune from indictment and prosecution while in office,” Katzmann writes. It also does not require the court “to consider whether the President may lawfully be ordered to produce documents for use in a state criminal proceeding.” Rather, the Vance opinion dealt only with Trump’s sweeping claim that he is immune from criminal investigation altogether.

The court’s holding is that “a state may lawfully demand production by a third party of the President’s personal financial records for use in a grand jury investigation while the President is in office.”

Dr. Deborah Birx says, “Social distancing will be with us through the summer”
The House just passed a $2 trillion coronavirus stimulus package. It now heads to Trump’s desk.
Rand Paul says he’s “honestly undecided” on Kavanaugh
Trump told 6 falsehoods about Syria in 4 minutes
A new solar heat technology could help solve one of the trickiest climate problems
First Twitter, now Snapchat: Trump’s war on social media has a new target