A Nobel Prize-winning physicist sold his medal for $765,000 to pay medical bills 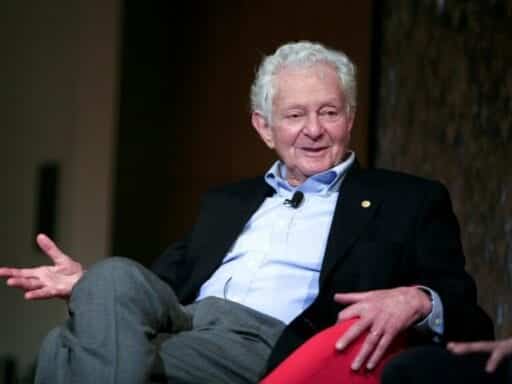 Leon Lederman won a Nobel Prize in 2012 for his pioneering physics research.

Three years later, the physicist, who passed away Wednesday, sold his Nobel Prize medal for $765,000 to pay his mounting medical bills. The University of Chicago professor began to suffer from memory loss in 2011, and died in an Idaho nursing home.

Leon Lederman, an experimental physicist who studied subatomic particles, has died at 96 after selling his Nobel Prize for $765,000 at an auction to help pay medical bills. https://t.co/WOZfqlPgjh

In a lot of ways (and as others have observed) Lederman’s story represents the best and worst of America. Lederman was born in the 1920s to a father who worked in a laundry facility. He went on to discover the Higgs boson subatomic particle, the so-called “God particle” that you can read more about here.

But even an accomplished physicist and university professor isn’t immune from America’s sky-high health care prices. The United States routinely has health care prices well-above the rest of the country. A day in an American hospital, for examples, costs an average of $5,520 here — compared to $765 in Switzerland or $424 in Spain.

The cost of receiving care in a nursing home can also present a significant burden. A private room in a nursing facility costs, on average, $7,698 per month. And Medicare, which covers the vast majority of Americans over 65, generally does not cover long-term nursing care.

Many Americans do end up getting Medicaid to cover nursing home bills — but that often requires selling off significant assets and dwindling down savings in order to fall below the public program’s income requirements.

The best $2,000 I ever spent: many, many rounds of bingo
The Michigan primary results raised a striking question about sexism
Joe Manchin just took an important filibuster reform off the table
A brief guide to the Oscars’ Best Picture nominees
The GOP’s existential crisis, explained by a former Republican Congress member
Decades of tensions between Minneapolis police and Black communities have led to this moment