A second whistleblower on Trump and Ukraine is coming forward 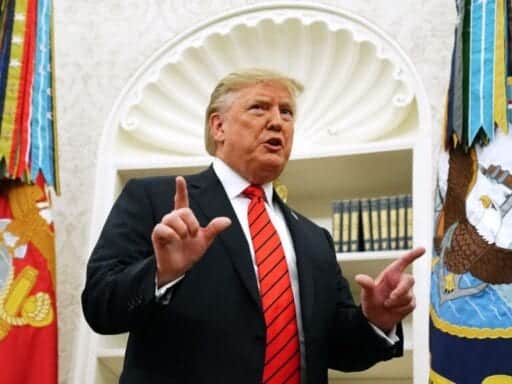 Attorneys for the original whistleblower confirmed Sunday that another intelligence official has spoken with the inspector general about Trump’s conduct.

A second whistleblower has come forward with information — some of it reportedly firsthand — about President Donald Trump’s conduct regarding Ukraine.

On Sunday morning, attorneys representing the original whistleblower confirmed a New York Times report from earlier in the weekend, telling ABC News they now represented a second intelligence official who had spoken to the inspector general.

This whistleblower has “more direct information about the events than the first whistle-blower,” according to the Times, a claim that attorney Mark Zaid confirmed to ABC News’ George Stephanopoulos Sunday. That substantiation could bolster the credibility of the initial complaint that triggered the Democrats’ impeachment inquiry into whether Trump solicited election interference from Ukraine.

The first whistleblower’s complaint, which was released in redacted form to the public in late September, alleged that on a July 25 phone call Trump pressured Ukrainian President Volodymyr Zelensky to push for investigations into potential 2020 rival Joe Biden.

One of Trump’s lines of attack against the first whistleblower’s complaint is that it is predicated upon secondhand knowledge. (That argument is only partially accurate: the whistleblower did rely on information from several other officials to compile information in his complaint, but he also did have at least some “direct knowledge of certain alleged conduct,” according to the office of the inspector general for the intelligence community.) If the second whistleblower has more firsthand information, it would make allegations of misconduct stronger still.

The second whistleblower is one of the officials that intelligence community inspector general Michael Atkinson interviewed to corroborate claims made in the initial complaint, according to the Times. Federal law would protect the whistleblower from retaliation, since he’s cooperating with the inspector general.

A second whistleblower with a more intimate familiarity with the events could bolster the allegations against Trump amid pushback from the president and his allies. But it’s important to remember that key allegations from the first whistleblower have already been confirmed by the White House itself and text messages released by the State Department.

We know that the first whistleblower was right about a lot

Many of the allegations of the first whistleblower, a CIA officer who was for a time detailed to the National Security Council, have been confirmed as more and more information about Trump’s conduct toward Ukraine has been released.

The readout that the White House released of Trump’s call with Zelensky corroborated the central claim made in the whistleblower complaint: that Trump asked Zelensky to investigate Biden, effectively using the office of the presidency for personal political gain and attempting to lure a foreign country into meddling in American electoral politics.

Vox’s Aaron Rupar broke down the details in an explainer:

[The first whistleblower’s] account of the call uncannily matches the memo about it released by the White House. According to the memo, after Trump congratulated Zelensky on his win and criticized other European countries who have “done almost nothing for you,” he asked the new Ukrainian president to “do us a favor” and brought up his desired investigations into the origins of the FBI’s Russia probe that concluded Russia interfered in the 2016 election on his behalf — and also asked for an investigation into Biden.

Not only was the whistleblower correct about the broad outlines of the Trump-Zelensky call, but he had particular details right. For instance, the complaint alleges that Trump pressured Zelensky to “meet or speak with two people the President named explicitly as his personal envoys on these matters, [his personal lawyer Rudy] Giuliani and Attorney General [William] Barr, to whom the President referred multiple times in tandem.”

That allegation is confirmed by the White House’s memo.

And the White House has also confirmed the accuracy of the whistleblower’s complaint that that there was an apparent cover-up of what happened on the call. The White House admitted in September that it had placed the transcript of the call in a highly classified system, and has failed to convincingly explain why it went to unusual lengths to suppress the transcript.

And on top of all this, text messages released by House Democrats on Thursday revealed more evidence of a Trump campaign to pressure Ukraine into intervening in the 2020 election in exchange for political or policy favors from the administration.

The texts are ugly. They reveal that top State Department diplomats worked with the president’s personal attorney Rudy Giuliani to try to get Ukraine to commit to politicized investigations demanded by President Trump into the gas company Hunter Biden served on the board of — Burisma — as well as into Ukraine’s role in the 2016 election. Trump has been trying to drum up phony scandals on both topics, to hurt Biden’s presidential run and discredit the Mueller investigation.

The texts reveal that the pressure campaign was presented this July as a quid pro quo — if Ukraine committed to these investigations, the US would agree to a White House meeting with President Volodymyr Zelensky. For weeks, these State officials tried to get Zelensky to publicly announce he was conducting these investigations, in exchange for the meeting — but Zelensky apparently refused. (The Bidens are never mentioned by name in these texts, “Burisma” is used instead, but Trump was not so careful when talking to Zelensky on the phone in July.)

The texts get even uglier in late August and early September. That’s when Trump’s decision to hold up $400 million in military aid for Ukraine entered the discussion. One State diplomat, Bill Taylor, twice raised concerns that this was connected to Trump’s demands for investigations and with US politics. And, twice, Ambassador Gordon Sondland responded by urging him to talk on the phone rather than by text message.

The text messages lend more credence to the allegation that Trump has sought to pressure Ukraine into interfering in the 2020 election.

A second whistleblower could make the stack of growing evidence even stronger.

Why some colleges win against Covid-19, and others lose
The House just voted to override Trump’s veto of a $740 billion defense bill
One Good Thing: Detransition, Baby lays bare the innermost thoughts of trans women
These are the charities where your money will do the most good
All of Robert Mueller’s indictments and plea deals in the Russia investigation so far
The best Christmas movies aren't about Christmas