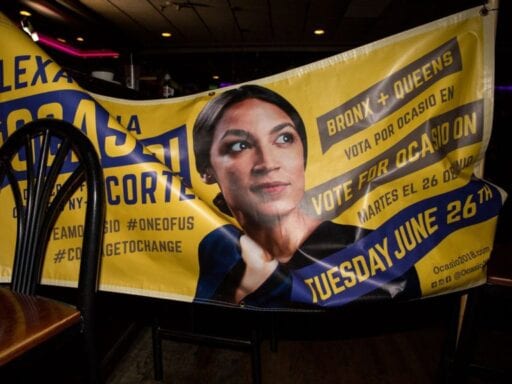 Her second surprise primary win shows the staying power of her progressive message.

Alexandria Ocasio-Cortez is apparently so popular that she won a primary in a New York congressional district she wasn’t even intending to compete in.

Last month Ocasio-Cortez made waves in the Democratic Party by beating her primary opponent, the House Democratic Caucus chair, Rep. Joe Crowley. He’s a longtime member of Congress and Queens party boss who was being talked about as a future House speaker. Ocasio-Cortez is a 28-year-old Latina and Democratic socialist, whose win has galvanized progressives around the nation.

Granted, her latest primary victory in the 15th Congressional District was small and resulted from just nine write-in votes, the most out of any of the other 22 write-in candidates. Rep. José Serrano, a Democrat and a member of the Congressional Progressive Caucus, is the district’s incumbent.

The New York City Board of Elections certified the latest result, but Ocasio-Cortez has made it clear she won’t actually be challenging Serrano or running for elections in two different districts.

“While I am honored that so many Bronxites are excited about our campaign, I will remain the Dem nominee for NY-14,” she tweeted.

Shockingly – and I’m told this is not a joke – we have ALSO won a primary in the neighboring 15th Congressional District via write-in campaign on the Reform line!

While I am honored that so many Bronxites are excited about our campaign, I will remain the Dem nominee for NY-14. https://t.co/edidvU5sOr

Small as her Reform Party primary win may be, it certainly shows enthusiasm for Ocasio-Cortez and that the boldly progressive message of her campaign is resonating with New York voters and politicians alike.

As Vox’s Kay Steiger wrote, Ocasio-Cortez did not try to moderate her stances on issues throughout her candidacy.

What was most exciting for progressives is the degree to which Ocasio-Cortez ran to Crowley’s left. As a member of the DSA, her website is a laundry list of every blue-sky progressive policy: Medicare-for-all, housing and jobs guarantees, gun control, ending private prisons, abolishing ICE, and investment in post-hurricane Puerto Rico.

Her example is having a ripple effect on other Democrats in New York. Cynthia Nixon, the actress and progressive Democrat who is challenging New York Gov. Andrew Cuomo in the fall, recently said she considers herself a Democratic socialist, using the label for the first time.

“Some more establishment, corporate Democrats get very scared by this term but if being a democratic socialist means that you believe health care, housing, education and the things we need to thrive should be a basic right not a privilege then count me in,” Nixon told Politico’s Jimmy Vielkind.

The state of the 2020 Democratic presidential race
The New York Times’s Trump-bashing op-ed from a senior Trump official, explained
A quick guide to hyperloops, Richard Branson’s latest boondoggle
Google and Amazon are now in the oil business
Perhaps months too late, the Apple-Google Covid-19 contact tracing tool comes to America
Why Ta-Nehisi Coates is hopeful

The vicious cycle of never-ending laundry