Amazon, Apple, and Google are working together so that your “smart” home works better 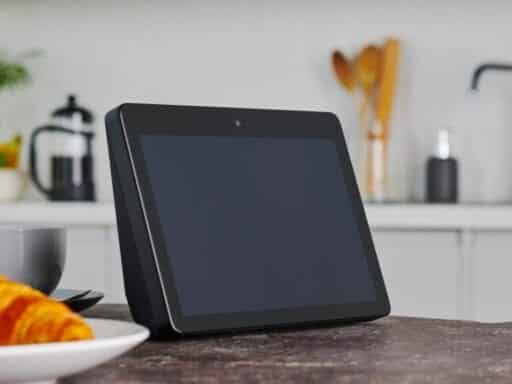 Share
Loading...
An Amazon Echo Show speaker. Someday, with a new open-source connectivity standard, it should be able to talk to all your other smart home devices. | Olly Curtis/Future/Getty Images

You’ll someday be able to use whichever smart home devices you want, regardless of which smart assistant you use.

In a rare show of unity, Google, Amazon, and Apple have joined forces to create a new standard for communicating with smart home devices. They’re attempting to simplify what is currently a siloed and confusing experience for people trying to set up smart homes: Not all smart devices work with all smart assistants or smart speakers.

The Connected Home over IP project, which will be moderated by internet of things standards consortium Zigbee Alliance, will be free for anyone to use and will make it so that, say, a smart light manufacturer will only have to use one connectivity standard in order for its lights to communicate with Google Assistant, Alexa, and Siri. Right now, that manufacturer would have to use three separate communications protocols to do so, which is expensive and time-consuming.

The working group plans to use technology from Amazon, Apple, Google, Zigbee Alliance, and others.

In addition to simplifying product development, the standard is also a big win for consumers, who have had the frustrating task of figuring out which smart devices work with the smart speaker — and its attendant assistant — they own and who will now someday be able to buy devices that work with all three major smart assistants, Assistant, Alexa, and Siri.

The biggest winner in this situation, though, might be Apple, whose HomePod smart speaker only has about 2 percent of market share in the US among smart device owners, according to Bret Kinsella, editor of Voice publication Voicebot.ai. Meanwhile, Amazon’s speakers have 62 percent market share and Google’s have 24 percent. Part of the reason for Apple’s low market share is that few other devices work with its HomePod in the first place.

“Apple has hundreds of smart home integrations compared to tens of thousands for Amazon and Google,” Kinsella said, referring to the number of smart devices that work with each company’s smart assistant. “It’s going to be a drag on [Apple smart home system] HomeKit adoption, which is going to be undermined, unless they can get much wider adoption.”

This new standard could change that.

We don’t know, however, when that will be. The group plans to release a draft of the standard and a “preliminary reference open source implementation” in late 2020, according to a FAQ provided by Google. It could take years before consumers will have widespread access to universal smart devices.

For now, consumers still have to look for smart devices that work with their smart assistant of choice.

One pollster’s explanation for why the polls got it wrong
Join the Vox Book Club to talk Rodham with author Curtis Sittenfeld, live on Zoom
17-year-old charged with murder in Kenosha, Wisconsin, shootings
What happens if a presidential candidate dies?
Trump’s new tweet on Don Jr.’s Trump Tower meeting, explained
The Vox 2020 presidential election live blog