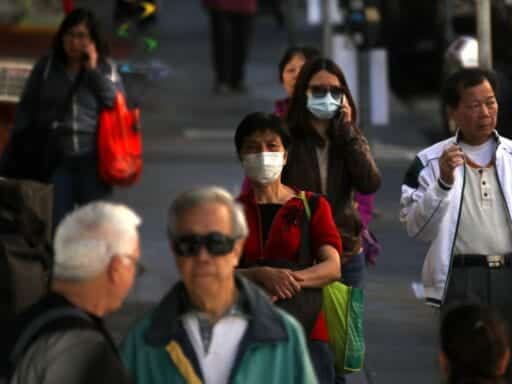 America’s failure to guarantee paid sick leave for its workers could combine with the coronavirus to pose a serious danger to public health in the coming weeks.

The Covid-19 illness, caused by the coronavirus, is here and likely here to stay for a while. The Centers for Disease Control and Prevention are warning people to be prepared for major disruptions in their daily lives. That could mean staying home for days if they get sick.

But that is easier said than done for millions of American workers. Employees in the service industry especially, like food workers or personal care assistants, are much less likely than their peers in more lucrative fields to have paid time off if they get sick. But they also make less money in general, meaning a lost day of work hurts their families’ budgets more. That gives them a strong motivation to go into work — even if they’re not feeling well.

And because these workers come in close contact with the rest of humanity, they are a potent vector for spreading contagions, particularly those as infectious as coronaviruses. It’s a recipe for making a bad outbreak even worse, all because America hasn’t decided to guarantee paid sick leave for all workers.

Why having no paid sick leave is a public health risk

And for people working those lower-wage jobs, it’s not easy for them to skip work if they’re not getting paid, even if they’re feeling flu-like symptoms that could be either the flu itself or the coronavirus.

All the public health warnings in the world can’t always stand up against the need to bring home a paycheck. Just 27 percent of people whose wages fall in the bottom 10 percent are able to earn paid sick leave from their job, according to the Economic Policy Institute. Any less pay eats into their basic needs: As EPI put it, the lost wages from missing three days of work can equal a month’s worth of groceries or their monthly utility bills.

People have a strong incentive to go to work, even if they’re not feeling well and authorities have urged them to stay home. And once they come in and start going about their jobs, they can spread illnesses unintentionally. Coronavirus is a pretty contagious disease, with a higher R-naught (which measures how many other people a sick person is likely to infect) than the seasonal flu.

Paid sick leave could go a long way to stop the spread of the virus. As a group of researchers wrote for the CDC in 2012, while assessing the benefits of providing workers with paid time off if they get sick (emphasis mine):

Access to paid sick leave might reduce the pressure to work while sick out of fear of losing income. Fewer people working while sick, and therefore performing at reduced functional capacity, might lead to safer operations and fewer injuries. The potential safety benefit observed in our study extends previous research demonstrating that paid sick leave is associated with shorter worker recovery times and reduced complications from minor health problems. Paid sick leave also enables workers to care for loved ones and can help prevent the spread of contagious diseases.

America is alone among advanced economies in not having a national guarantee of paid sick leave for workers. As the Center for Economic and Policy Research reported in 2009, most developed economies give workers at least five days off to recover from flu-like systems. The US used to lag even farther behind, with less than half of service industry workers getting paid sick leave as recently as 2017. But thanks to a slew of recent state laws mandating such leave, the situation has improved.

Paid sick leave is usually treated as a principle of basic economic justice: People shouldn’t become financially insecure because they get sick and have to miss work. But when we have an outbreak like coronavirus, the failure to provide that security is actively making our society more vulnerable to a big outbreak.