America’s teens are extremely stressed out about school shootings 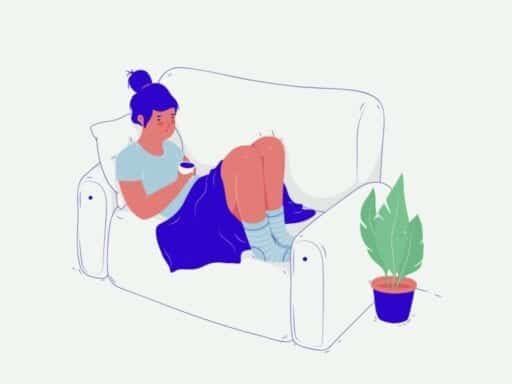 They’re not wrong to be.

This week, the American Psychological Association released its annual Stress in America survey, asking thousands of people variations on one simple question: What stresses you out?

The poll, like its recent iterations, found that Americans are stressed the heck out. Forty-five percent of the survey respondents said they “lay awake at night due to stress.” Sixty-two percent said the current political climate is a significant stressor in their lives. And 56 percent agreed “this is the lowest point in the nation’s history they could remember.” (Hey, at least that’s slightly down from last year.)

This year’s report took a special look at young people ages 15 to 21, a.k.a. Generation Z (the generation that comes after millennials). An additional 300 people in this group were polled to get a closer look at their stressors and what it’s like to be entering adulthood at this fraught time.

Two things in the report are clear. Teens are especially concerned about guns. And they are most likely of any of us to describe their mental health as poor.

Gen Z is actually not the most stressed-out cohort in the poll. That distinction still belongs to the millennials, who, on average, rated their stress at 5.7 on a scale of 10. Gen Z was the second most stressed, with a 5.3 average. But it appears there are unique stressors for Gen Z, and they’re a troubling reminder of the times we live in.

The poll was conducted online between July 27 and August 28, and included 3,758 participants. The results were weighted to reflect the demographics of the country.

Here’s what it found: A whopping 75 percent of Gen Z respondents in the poll said mass shootings are a significant source of stress. Seventy-two percent said the same about school shootings. (The other age cohorts, particularly Gen X and baby boomers, were much less stressed about these events.)

Furthermore, the report finds, “more than one in five (21 percent) say the possibility of a shooting at their school is a source of stress either constantly or often.”

No wonder. They have grown up in a time when school shootings seem to occur on a regular and horrific basis. The Sandy Hook Elementary School shooting took place in 2012, when the 21-year-olds in the poll were 15. The Parkland, Florida, high school shooting was earlier this year. When millennials were in high school, there weren’t as many discussions about arming classroom teachers to fend off would-be attackers; now it’s commonplace.

(Check out the full poll, which has more data on Gen Z stressors — including the stress of work, health care, and the economy.)

Here’s another area of concern in the poll: Gen Zers were the least likely group to report their mental health was “excellent” or “very good.”

More than 9 in 10 Gen Zers said they “experienced at least one physical or emotional symptom due to stress in the past month.” That’s much higher than the 75 percent of the other age groups in the survey that said the same.

It’s hard to know from this survey if younger adults truly do experience greater mental health issues, or if they’re just more open and honest about talking about it and seeking care.

But we know from other research that teen depression is common and goes underrecognized. Between 2008 and 2015, the number of admissions for suicidal thoughts or suicide attempts doubled at children’s hospitals nationwide. The uptick was particularly strong among teens ages 15 to 17, according to the journal Pediatrics.

“Many pediatric hospitals have reported shortages of mental health clinicians over the last decade,” the authors of the Pediatrics paper write, “and pediatricians report lack of adequate training and skills to manage mental health complaints.” (Overall, suicide rates have risen in nearly every state over the past 20 years. According to the Centers for Disease Control and Prevention, the largest increase in suicides came from adults ages 45 to 64.)

Concurrently, research finds that depression in youth is also on the rise, with the incidence of major depressive episodes in people ages 12 to 17 increasing from 8.7 percent in 2005 to 11.3 percent in 2014, particularly among girls. (Again, it can be hard to sort out if teens are truly feeling worse these days, or if they are more open about discussing their mental health on surveys and are seeking treatment in higher numbers.)

Another possibility: Parents are worrying more about their kids and are being more vigilant at, as a recent New York Times opinion piece argues, “pathologizing everyday levels of distress.”

Teenage mental health is important, regardless of whether the prevalence of mental health issues is flat or rising. This group is quickly aging out of their youth and into a big, uncertain world.

If you’re a teen in distress, or are worried about one, there are resources to help. Here’s what the CDC recommends:

Find a Cognitive Behavioral Therapist, a search tool by the Association for Behavioral and Cognitive Therapies.

There’s also the Crisis Text Line, a texting-based crisis counseling service for that can be reached by texting the number 686868.