Uber and Lyft unveiled new subscription plans. But are they really worth the money? 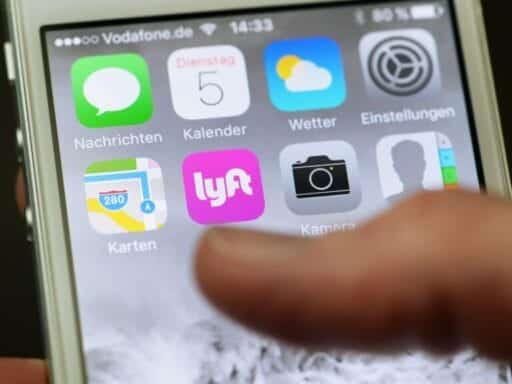 Two weeks after Lyft, Uber rolled out its own deal where riders pay a monthly fee for consistently lower fares.

On Tuesday, Uber rolled out Ride Pass, a subscription plan in which customers pay $14.99 monthly (or $24.99 in Los Angeles) to avoid surge pricing. The plan, which Uber is marketing as “an affordable option people can use for their everyday transportation needs,” is only available in Los Angeles, Austin, Orlando, Denver, and Miami for now. This offering comes not too long after Lyft announced its own subscription service.

Two weeks ago, Lyft unveiled their new All-Access Plan; users pay $299 per month and receive up to 30 rides — all of which must be under $15 or Lyft will charge the difference. Users will also get 5 percent off any additional rides.

Lyft has been testing variations of this plan for years, but is finally pulling the trigger because they claim this “pricing structure resonated most with passengers.” According to a press release, the All-Access Plan will run you 59 percent less than having a car, based on the 2018 Driving Costs report by AAA.

Katie Dill, Lyft’s design vice president, said this was the company’s first step toward making car ownership optional. “In the future we won’t own transportation; we’ll subscribe to it like we do Netflix or ClassPass or Amazon Prime,” she said.

Uber’s deal is more like the Amazon Prime-style model, where you pay a monthly rate to get better deals throughout that month. However, the trade might seem sweeter if price inconsistency wasn’t something Uber created to squeeze its riders in the first place.

Moving America away from its car-centric culture may be the long-term goal, but there is no doubt that this plan offers more immediate effects. Locking customers into a payment plan would theoretically keep them from toggling between Uber, Lyft, Juno, or Via to see who has the best deal. Lyft could also potentially capture additional revenue from subscribers who don’t actually use their $299 worth of rides.

According to Wired, both Lyft and Uber have been piloting versions of a subscription service since last year. Author of The Membership Economy Robbie Baxter had a chance to try out an earlier version of Lyft’s subscription program, when it was offering 30 rides for $200. That deal seemed compelling enough to get people to change their behavior, but she’s not so sure about the numbers Lyft landed on. “At $300 it’s not as good as a deal, and it requires some math,” she said. “It’s not a no-brainer.”

When moving to a subscription model, Baxter says that any company’s biggest fear is that only those who frequently use the platform will purchase it. If most of the people who sign up for the All-Access Plan are riders who already spend $299 a month, it’s not going to reap many rewards for the company. Lyft is betting on enticing customers who currently spend a little bit under that mark.

“I think they’re trying to figure this out and taking a very conservative approach,” she said. “Because they have a sense of what would happen if they made the offer very sweet.” Lyft also says it will continue to improve the plan based on customer feedback.

So let’s do the math: Uber’s plan would make sense if you were paying over $14.99 or $24.99 in surge prices per month. It also presumes that you have to take these surge-priced rides in the first place, rather than noting the price increase and just deciding on an alternative transportation method.

Lyft’s is a bit more complicated. Offering 30 rides for $300, but only if they are under $15, means that this plan would only be a smart buy if you take 30 rides more than $10 but under $15. For New Yorkers, this is a pretty steep investment. According to an Empower study, New Yorkers spend an average of $84 on Uber and $54 on Lyft per month. Same goes for Chicago where people spend $66 on Uber and $52 on Lyft per month.

But car-averse New Yorkers may not even be the target audience, as Dill says this plan is designed to move people away from owning cars. So the real question is, would it be worth it for a car owner in a driving-heavy city like LA? The same study found that those in Los Angeles spend $64 on Uber and $48 on Lyft per month and those in Houston spend $43 on Uber and $34 on Lyft — a far cry from Lyft’s proposed $299, but taking into account the cost of cars, gas, and straight-up convenience, could potentially be worth it for someone looking to replace a car altogether.

Ride-hail subscriptions may not be right for all drivers, but many believe that the subscription-based model of private cars will become popular once autonomous vehicles are widely available. Cornell University infrastructure policy program director Richard Geddes said he has speculated himself whether the two innovations would combine to become the future of driving.

“If you can hit a button and say ‘I got to go to work in 10 minutes,’” he said, “and cars would optimize the commute and come pick you up, it seems plausible and like a viable economic service.”

Baxter believes a subscription model for an autonomous fleet of vehicles is most likely the future of cars, but right now Lyft’s deal just “isn’t sweet enough.” Uber’s deal may also not be enticing enough, as the company needs to convince riders to pay for an inconvenience it created in the first place.

Baxter adds that eventually people will stop purchasing the machinery, but continue to purchase the ride. “We’ll own cars the way we own horses,” she said. “It’s a folly, it’s a fun thing, but it’s not the way we get around.”