Apple might kill the iPhone home button for good. One question: Why? 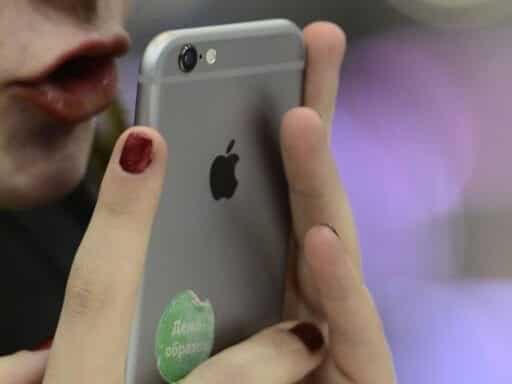 The company keeps getting rid of features that customers actually like.

If you believe the many, many rumors and leaks, Apple will release three new phones on Wednesday.

They’ll likely range in size and vary in internal specs, but what you most need to know is that this will almost definitely be the first roster of new iPhones in which none of the options will have a home button. This is already the case with the iPhone X, and now it looks like it’ll be the new norm.

This controversial choice is in keeping with Apple’s paternalistic style of forcing things onto us that we don’t actually want, like phones without headphone jacks and phones that scan your face. The announcement will happen at Apple’s new campus in Cupertino, California, and if you’re unfamiliar with how this goes down, it will be a huge to-do and pretty persuasive. You might almost forget that you never wanted a home-buttonless phone in the first place.

The announcement will be a real party

These releases always happen with Apple’s typical fanfare, and though I will complain about it, I secretly love to watch an Apple keynote — a two- to three-hour window into the thought process of the people making the most expensive thing I and almost everyone I know have ever purchased for ourselves. These events are typically bizarre, featuring winding speeches that attempt to explain things like, essentially, “what is music” or “why human beings love their children.”

No matter what happens — a celebrity appearance or a wild demo — these release parties are glitzy and spectacular. But what they are, more than anything else, is an opportunity for Apple execs to loudly praise their company’s new products and hear the several hundred developers and engineers in the live audience cheer in response.

It can be a little annoying because these people probably don’t personally need the level of emotional affirmation we typically reserve for those who have written a pop song that elevates the hearts of millions. More significantly, it serves to underscore the fact that these changes are receiving immediate positive feedback from people who work in tech, regardless of how the average consumer who is just buying a new phone if she happens to need one might react later.

So what will these phones in question be? The company is likely to announce three, as reported by The Verge: First, the iPhone XS, which will be basically the same (5.8-inch) flagship phone as last year, but with some internal upgrades. Second, a supersize (6.5-inch) version of the iPhone XS with a name TBD (popular guesses are “Max” and “Plus”). Finally, a slightly less expensive version of the XS that might be called the XC. That one will have a less fancy screen (LCD instead of OLED, but still huge at 6.1 inches). The first two are rumored to be stainless steel (with a gold option!), and the XC is rumored to come in some fun and funky colors without the stainless steel.

Again, none will have a home button.

So I’m due for an upgrade and I’m trying to decide over an 8 plus or the X. Idk if I have the mental capability to function an iPhone without a home button. Also don’t know if my tiny hands can handle a plus

So Apple is not releasing a new iPhone with a home button. Looks like I am keeping my 7 forever.

Removing the home button makes sense if you’re designing a phone that has to be more impressive than the phone before it; it’s a way of making the iPhone’s already enormous screens even larger, and of forcing people to use the swipe-gesture navigation introduced with the iPhone X last year. It does not make sense if you are just a person who needs a phone for standard personal and professional reasons. The home button is a button we’ve been using for 10 years, and it works. There’s nothing wrong with it.

Apple loves telling you what’s good for you

“For your own good” is how Apple presented the removal of “ancient” headphone jacks from the iPhones it announced in fall 2016. Bluetooth or AirPods or a cumbersome adaptor dongle: Those were your choices, and it was time for you to admit that your headphone wires were there for no other reason beyond possibly strangling you. Yet people were still mad about it a year later, and I’m still mad about it now.

And you can read endless stories about how confused people were about the iPhone X’s loss of the home button last year — the popular consumer tech blog Tom’s Guide has said that “How to Close Apps on the iPhone X” was the second-most-trafficked post on its site for all of 2017. Yet Apple is moving to make this confusion standard. Reddit, a place you should only visit if you are looking to prove a point, is full of askers whose question is, “Will there ever again be a perfect small phone, and if not, why the hell?”

Unfortunately, we know the answers to their questions: “No!” and “Apple will present its huge new gesture-controlled phones on Wednesday and put the nail in the coffin of small, easy-to-use iPhones … for your own good!”

The premise of consumer technology is that you are spending your money on things that will make your life easier or more pleasant, but probably not. The premise of a phone that will undoubtedly cost something north of $1,000, and which does not have an intuitive navigation, or a screen that can fit in the pocket of a pair of women’s pants, or a way to plug in the $5 headphones you bought at the Walgreens checkout, is that none of this is about what you want; it’s about what Apple has decided is best.

Obviously, ultimately, we’ll be fine — we’ll figure it out. I, for one, will hang on to the (4.9-inch, home button- and headphone jack-having) iPhone SE I bought in the summer of 2016 as dearly as I hang on to the college ID card that still gets me discounts at expensive museums, knowing Apple will almost definitely not make a phone that is any smaller than a Pop-Tart ever again. When I inevitably ruin it, I will just buy what’s in front of me because Apple is a $1 trillion company with 44 percent of the market share in the United States and all my friends use iMessage.

I just want it said for the record that you can buy a new iPhone if you need or want one, but you don’t have to believe Tim Cook on Wednesday when he tells you you’re excited.