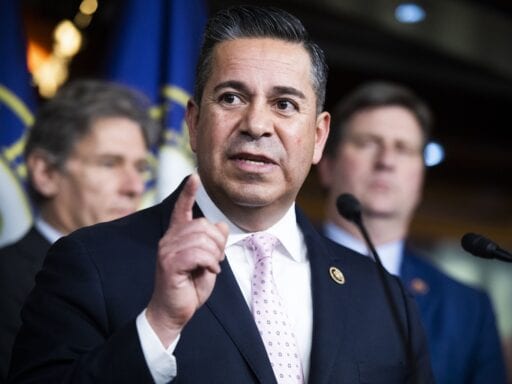 Luján, currently the highest-ranking Latino in the House, will become the fifth Latino senator.

Most polls had Luján coming into Election Day with a significant lead, some even showing him ahead by double digits. The Senate Majority PAC, a super PAC dedicated to helping Democrats retake the Senate, reportedly bought $100,000 worth of TV ads to support Luján, all of which aired during the final week of the campaign. He also had outraised Ronchetti by nearly 6 to 1 by mid-July.

New Mexico was reliably Republican not too long ago — the state went red in every presidential election from 1968 to 1988 — but New Mexico has chosen Democrats each cycle following, except 2004, starting with Bill Clinton’s first presidential victory in 1992. As Vox’s Katelyn Burns explained, “a state that was once considered a long-stretch pickup for Republicans has simply drifted blue as time and circumstances went on.”

Luján will be just the fifth current Latino senator, joining Democrats Bob Menendez of New Jersey and Catherine Cortez Masto of Nevada, and Republicans Ted Cruz of Texas and Marco Rubio of Florida. He is now the highest-ranking Latino in the House, representing the state with the highest proportion of Latino voters, at about 40 percent. An Albuquerque Journal poll from late August and early September had Luján with a 59-31 percent lead among Hispanic voters.

Luján has served in the House since 2009. He is the chair of the House campaign subcommittee, and in 2019 became the assistant House Democratic leader. Luján’s priorities include improving the Affordable Care Act, fighting for criminal justice reform, expanding Social Security, and strengthening unions.

He also supports funding for Covid-19 testing and contact tracing, as well as support for families, small businesses, and state and local governments to get through the pandemic. Daily new cases in New Mexico were at record highs in the weeks leading up to Election Day.

“So many people want to ignore the realities that are impacting communities across the entire United States of America,” Luján told Vox in early October. “The first thing that has to be done to address inequalities and injustices when it comes to access to health care, educational opportunities, economic opportunities, challenges with housing, whatever it may be, is admitting that they exist.”