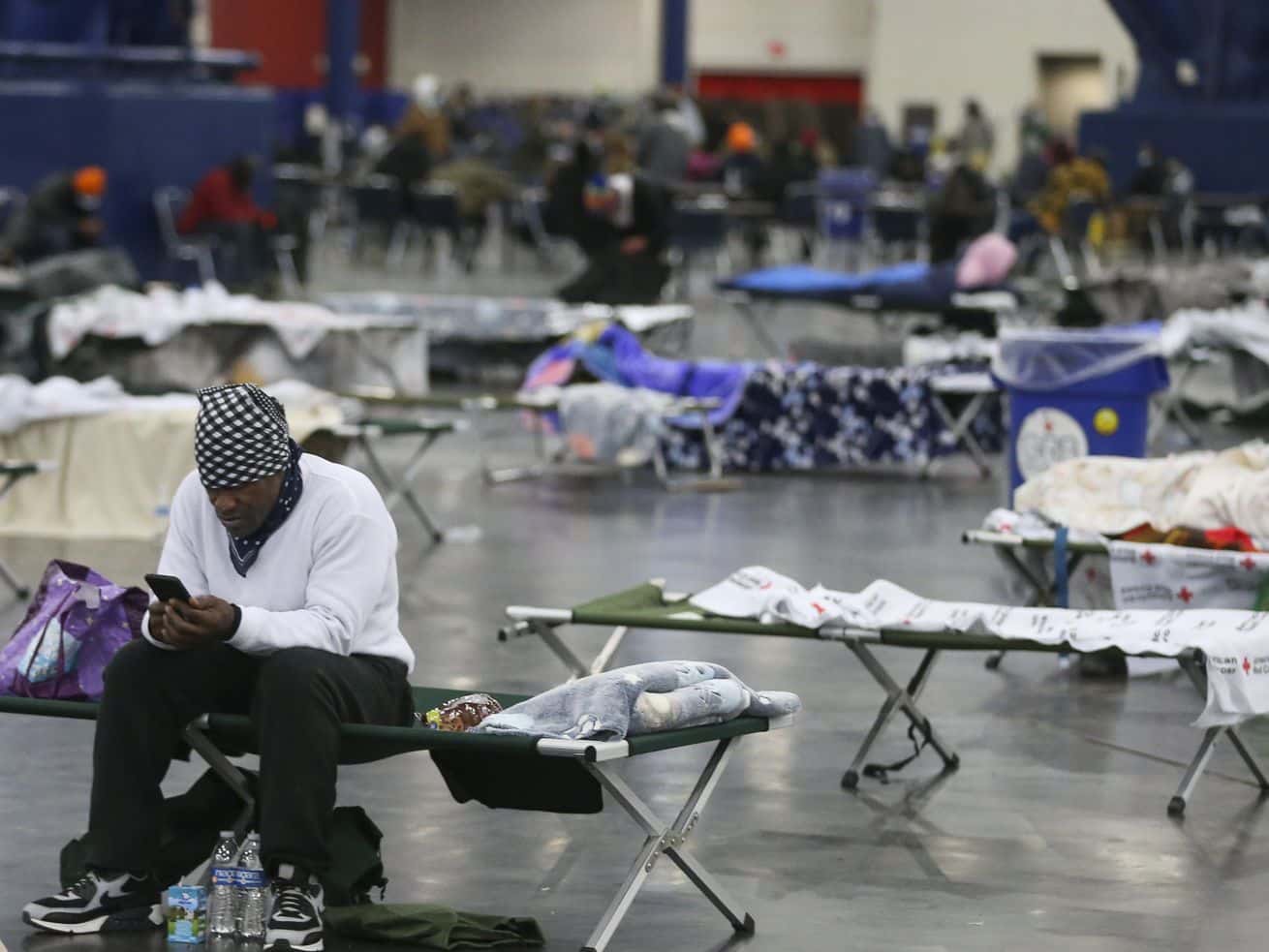 Here’s what the federal government is doing to help Texas.

President Joe Biden approved a major disaster declaration for Texas, which has been devastated by the combination of a massive winter storm and an unprepared state electrical grid that caused widespread power outages for millions across the state, on Saturday.

“As I said when I ran, I’m going to be a president for all America — all,” Biden told reporters on Friday. “There’s no red or blue.”

Biden spoke to Texas Gov. Greg Abbott on Thursday night, but his administration has been in touch with Texas officials and governors of surrounding states also impacted by the winter storm since last week. Biden administration officials said they quickly approved Abbott’s and other governors’ requests for federal emergency declarations in their states, which allows the Federal Emergency Management Agency (FEMA) to get federal assistance to impacted residents.

Biden has also said he plans to visit Texas next week.

“I don’t want to be a burden,” Biden said, noting that a president traveling to any state means a lot of extra security planning and work for state and local officials. “When the president lands in a city in America, it has a long tail.”

What the federal government can do to help Texas, briefly explained

A federal emergency declaration is helpful to states, but the total amount of federal assistance it brings is capped at $5 million. The president signing a major emergency declaration expands the type of assistance the federal government can provide to states suffering through the effects of a natural disaster. It authorizes assistance both to individuals impacted, and to state and local governments for emergency work and repairing damaged facilities. It also unlocks hazard mitigation assistance, getting additional funding to states, municipalities, and nonprofits working to save the lives and property of impacted residents.

There’s also the question of whether Congress will pass additional disaster relief money. Even before the Texas disaster struck, House Democrats had put $50 billion for FEMA in their latest Covid-19 relief bill, House Speaker Nancy Pelosi told reporters on Thursday. Pelosi said she expects the House to vote on that bill by the end of next week.

Speaking to reporters on Thursday, one White House official noted that due to the Covid-19 pandemic, FEMA teams have already been embedded with state emergency officials in Texas and other states.

“There’s a great deal of familiarity among the people involved in needing to work these issues now because they’ve been working together quite a while on Covid response,” Homeland Security adviser Liz Sherwood-Randall told reporters on Thursday, adding that existing coordination has been helpful during this natural disaster.

As of Thursday, Sherwood-Randall said, FEMA had provided 60 power generators and additional fuel support to facilities like hospitals, nursing homes, and water treatment plants. The federal agency is also providing 60,000 wool and cotton blankets, 225,000 meals, and other supplies after they were requested by Abbott, she said.

The immediate crisis in Texas has passed, but another one is looming

Even though Texas has been getting its power plants back online and has restored power to most residents, the state still has a long way to go to fully recover.

Millions of Texans are dealing with damaged homes and property due to burst pipes and water mains. About 7 million Texas residents — around a quarter of the state’s total population — are still being advised to boil their water to kill bacteria before they drink it. And the loss of power and heat during a massive winter storm has been deadly; the Associated Press puts the total at around 70 deaths nationwide confirmed as of Saturday, with at least a dozen dead in Texas homes that had lost heat, and more expected to be tallied as emergency service workers reach more areas.

Beyond the loss of life, the storm and power failures left many homes badly damaged, according to the Texas Tribune. In a press conference, Abbott warned that burst pipes and the resulting water damage could be a huge issue for homeowners and renters. A major federal emergency declaration could open up federal money to individuals to help them with the cost of repairing and rebuilding their homes.

“Get plumbers lined up, and work with your insurance company in advance,” Abbott said at a recent press conference.

Many residents are staying in hotels, and many more will likely need federal assistance and temporary shelter before they’re able to return home and assess the damage. And the cold winter temperatures, which many Texans aren’t used to, aren’t over yet; Friday night temperatures in parts of Texas are expected to drop to below 32 degrees, per the National Weather Service.

Texans have many days and months of rebuilding ahead of them. Biden declaring a major emergency declaration is a big first step to getting them help.