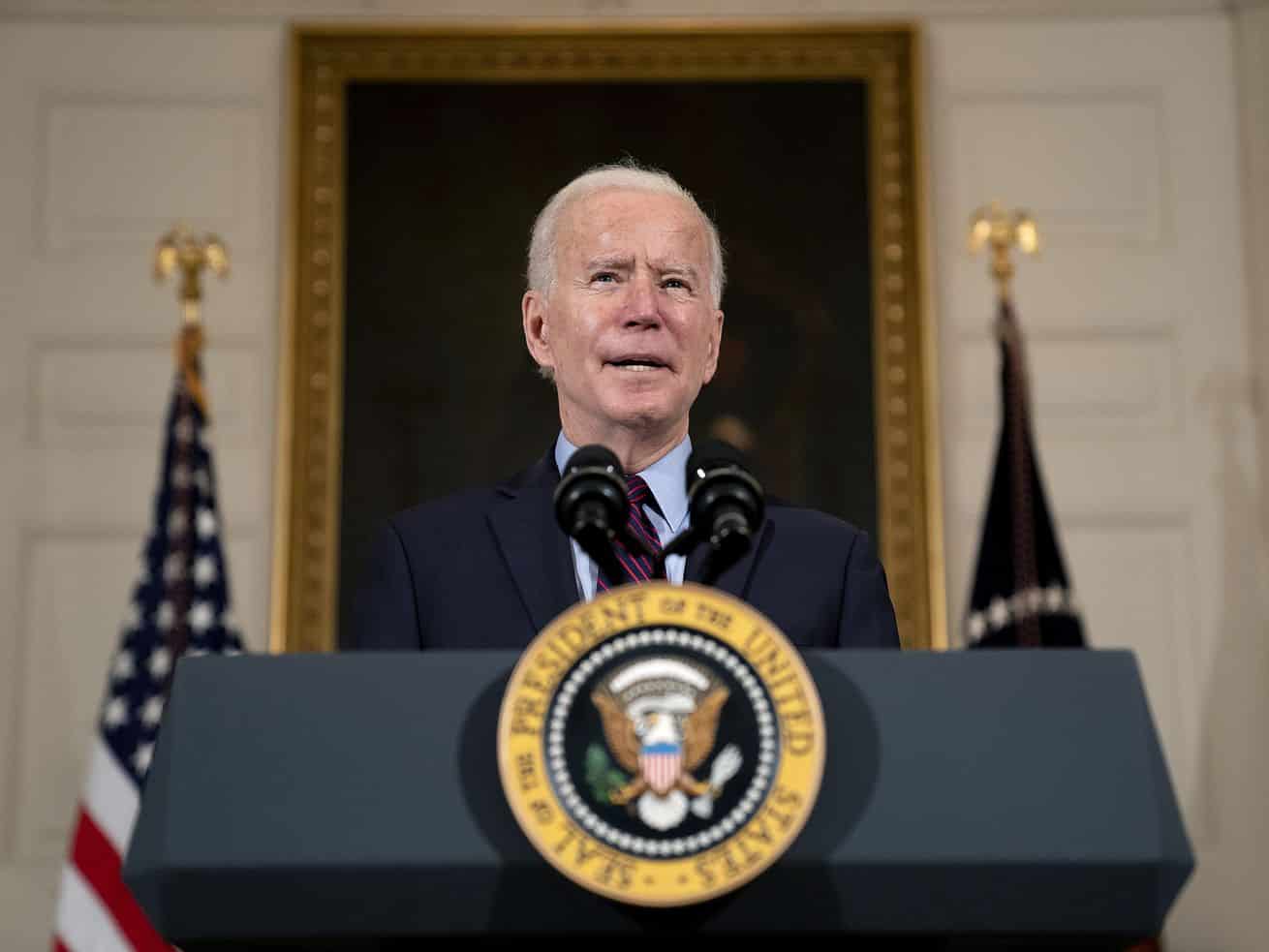 In a CBS interview, Biden acknowledged the final Covid-19 stimulus bill will look different from his opening bid.

President Joe Biden acknowledged his final coronavirus stimulus bill will probably look different from his $1.9 trillion opening bid, in his first network interview since being inaugurated.

The new president told CBS anchor Norah O’Donnell that the prospect of including a $15 minimum wage in his final Covid-19 relief bill is dimming, and he’s also considering lowering the income threshold of who will get additional $1,400 stimulus checks.

“I’m prepared to negotiate on that,” Biden told O’Donnell, saying he believed stimulus checks should go to middle-class families, capping it at individuals who make $75,000 annually and couples making $150,000 per year. But Biden also said he’s open to negotiating on a different number. “I’m wide open on what that is,” the president said.

As they negotiate with Congressional Republicans and some moderate Democrats on Capitol Hill, Biden’s administration wants to stay true to the sum on the check. But they see room to work with in who may get those checks.

Appearing on CNN on Sunday, US Treasury Secretary Janet Yellen suggested a middle ground between Biden’s $75,000 cap and the $50,000 individual cap for stimulus checks being proposed by a group of 10 Congressional Republicans: capping stimulus checks at those making $60,000 per year.

“If you think about an elementary school teacher or a policeman making $60,000 a year and faced with children who are out of school and people who may have had to withdraw from the labor force in order to take care of them and many extra burdens, [Biden] thinks, and I would certainly agree, that it’s appropriate for people there to get support,” Yellen told CNN’s Jake Tapper. “I think the details can be worked out.”

As for the $15 minimum wage, Biden admitted that it likely won’t make it into the final bill because of specific Senate rules. Democrats are moving ahead with a process to pass Biden’s stimulus package through the 51-vote budget reconciliation process — thereby avoiding the normal 60-vote legislative process that can be filibustered. Biden was referring to the Byrd rule, a mechanism that dictates that the things in a reconciliation bill must impact the federal deficit.

“I put it in, but I don’t think it’s going to survive,” Biden told O’Donnell of the $15 minimum wage. “Apparently that’s not going to occur because of the rules of the United States Senate. I do think we should have a minimum wage stand by itself.” White House press secretary Jen Psaki told reporters on Monday that the White House would wait and see whether the Senate parliamentarian decides on whether the $15 minimum wage can be included in reconciliation or not.

“I’m prepared as president of the United States to have a separate negotiation on minimum wage, to work [it] up from what it is now,” Biden said. “Look, no one should work 40 hours a week and live below the poverty wage, and if you’re making less than $15 an hour, you’re living below the poverty wage.”

The wide-ranging interview with O’Donnell hit on a number of other issues Biden is facing in his presidency, including reining in the Covid-19 crisis, when he thinks the US will reach herd immunity, and why he doesn’t think former President Donald Trump needs to continue to receive intelligence briefings. The first part of the interview aired before Sunday’s Super Bowl, while the rest is set to air on Monday night.

Biden’s biggest immediate challenge in his presidency is defeating Covid-19 and rapidly increasing the pace of vaccinations across the country. And Biden said it will be difficult for the US to reach herd immunity before the end of this summer.

“The idea that this can be done and we can get to herd immunity much before the end of this summer is very difficult,” Biden told O’Donnell. Biden’s top Covid-19 advisers, including Anthony Fauci, have estimated it’s more likely that the nation reaches herd immunity by late summer or the fall.

Biden has set a goal for 1.5 million vaccinations to happen per day, and the current rate is around 1.3 million a day, according to O’Donnell. Even at the current pace, it would take until the summer before the US reached herd immunity, the CBS anchor noted. And that doesn’t take into account the potential for new variants to spread.

Ahead of the Super Bowl, Biden told O’Donnell he had talked with National Football League commissioner Roger Goodell about using NFL stadiums as vaccination sites, to dramatically ramp up the number of people getting the vaccine.

“We’re pushing as hard as we can to get more vaccine manufactured,” Biden told O’Donnell, adding that his White House has been hamstrung by the lack of vaccine secured by the Trump administration. Biden also emphasized that while he wants schools to reopen, they must be safe for teachers and kids to go back to the classroom — meaning better ventilation, masking, and fewer people in a classroom.

“It’s my hope and expectation we’re able to make up for all the lost time fighting Covid … that we’ll be able to watch the [next] Super Bowl in a stadium,” Biden said. “God willing, we’re going to be able to celebrate it all as usual a year from now.”

The new president has been hesitant to weigh in on the impending impeachment trial of his predecessor, former President Donald Trump.

Trump’s second impeachment trial starts this week in the US Senate, after the House charged him with inciting the January 6 insurrection of the US Capitol after his months of falsely claiming that the 2020 presidential election was fraudulently stolen. Biden has been reticent to weigh in on the trial and whether the Senate should convict the 45th president, and was no different during the CBS interview.

“I ran like hell to defeat him because I thought he was unfit to be president,” Biden told O’Donnell. “I watched what everybody else watched, what happened when that crew invaded the US Congress. But I’m not in the Senate now; I’ll let the Senate make that decision.”

Still, Biden said he thinks Trump should be stripped of his ability to receive intelligence briefings. This privilege is afforded to past presidents, in the event they are able to weigh in and give the president advice on a matter of national security. Biden clearly does not want Trump’s advice on any account because of the former president’s “erratic behavior.”

“We did the worst job in the world”: Lawrence Wright on America’s botched Covid-19 response
Maskless travelers, nonstop parties: Coronavirus tourism is booming
Steve Irwin said, “My mission ... is to save wildlife.” He did.
The vital missing piece of the Democrats’ stimulus bill
As Puerto Rico prepares for the pandemic, residents fear the government hasn’t learned from Hurrican...
58 former officials issued a letter protesting Trump’s national emergency