Biden’s speech promised Covid-19 vaccines for all US adults in May. It’s really possible. 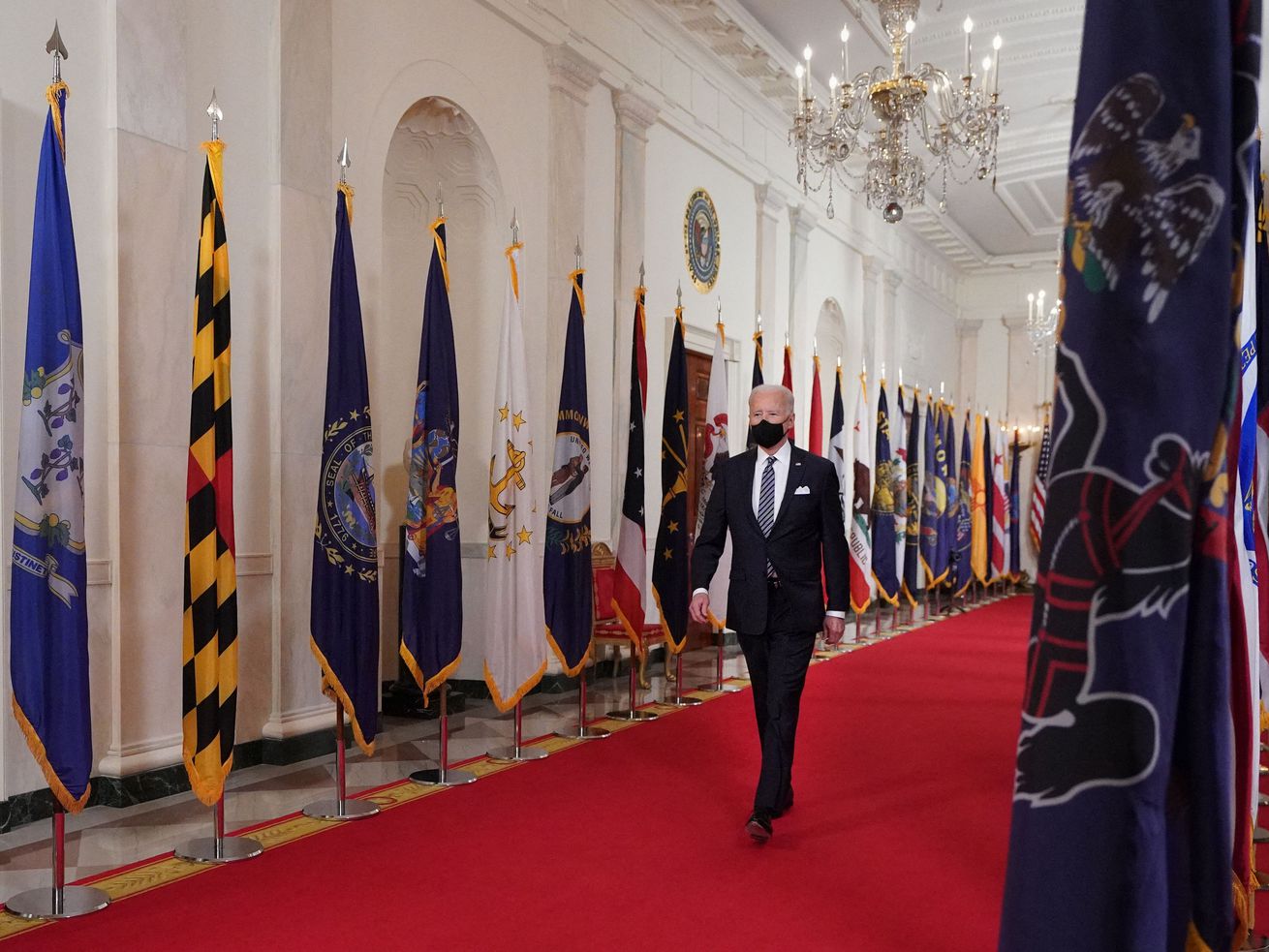 Covid-19 vaccines truly are coming for everyone soon.

President Joe Biden on Thursday announced that all adults in the US will be eligible for a Covid-19 vaccine by May 1. “All adult Americans will be eligible to get a vaccine no later than May 1,” Biden said. “That’s much earlier than expected.”

Biden clarified that adults won’t all be able to get a vaccine right away, but they will at least be able to get in line. Even then, he said the country will have enough vaccine supply for all adults by the end of May — a claim he’s made before.

It’s a goal that, as Biden said, would have seemed unfeasible just a couple of months ago. But there’s good reason to believe it’s absolutely possible now.

Even if that rate doesn’t improve at all, the US could fully vaccinate more than 140 million Americans by May 1. That’s more than half of the roughly 260 million adults in the US today. So even before Biden’s promised date, the majority of adults in America will be vaccinated.

There’s also very good reason to think the rate will go up. By the end of this month, the pharmaceutical companies have indicated they’ll produce and ship more than 3 million vaccines a day. If states manage to turn those doses into shots in arms as they get them, the US could vaccinate more than 165 million Americans before May — roughly two-thirds of US adults.

And the rate of vaccinations could easily rise above that as supply continues to increase in the coming month and a half.

In other words, Biden’s promise could kick in at a time that only one-third of US adults will still need to get vaccinated, while the country is likely delivering shots at a rate of 3 million doses a day, if not more. At that point, the math simply fits: The remaining 95 million adults in America really could be covered over the span of a month. The only obstacle, if it all goes well, will be making an appointment.

That’s not to say the US is destined to do all of this without any trouble. Maybe the drug companies won’t be able to deliver on the supply they’ve promised. Maybe cities, states, and the feds won’t clear all the logistical hurdles to get shots in arms. Maybe something else will break in a fairly complicated supply chain.

And as supply increases, it’s likely vaccine hesitancy will become a bigger issue as more adults simply refuse a vaccine. Overcoming that — to continue increasing the nationwide rate of vaccinations — will require creative education and awareness campaigns, focused on local pockets of resistance. That will pose its own logistical challenges.

But at least this all seems possible. That wasn’t the case when Biden took office, as the country’s vaccine rollout struggled and fewer than 1 million Americans got a shot a day. Back then, it was unclear if we could vaccinate all US adults by the end of the year. It now looks like America could get the job done in just a few months.

Racial slurs and fat-shaming insults keep popping up on receipts. Is Trump worsening the trend?
The Satanic Temple is divided over its leader’s decision to hire Alex Jones’s lawyer
Vox Sentences: 1 in 500 of New Zealand’s Muslims
The Democratic platform calls for a bold remaking of the federal judiciary. It’s not nearly enough.
The showdown between Democrats and acting Attorney General Matthew Whitaker, explained
Brands like Clorox, Netflix, and Campbell are benefiting from the coronavirus. Most companies aren’t...