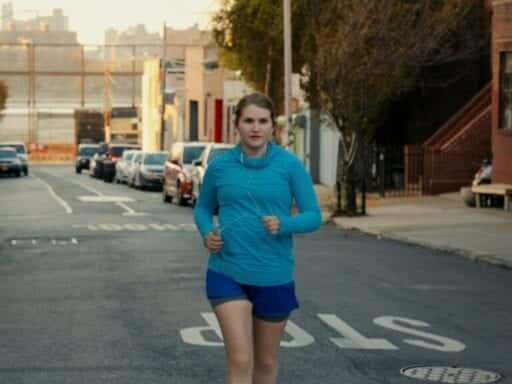 The heartfelt indie comedy about a woman taking charge of her life is currently in theaters.

Brittany Runs a Marathon seems, at first, like a movie about a woman who loses weight and transforms her life. But while Brittany (Jillian Bell) does end up losing some weight — it’s hard not to when you’re training for a marathon — this isn’t a film about having issues with your body. (As most runners can attest, successful running has very little to do with the number on the scale.) Brittany’s problems don’t stem from her shape, but from the belief she’s developed that life has passed her by, and that it’s not really worth trying to change her job, her habits, or her toxic relationships. What needs a makeover is how she treats herself.

Brittany Runs a Marathon is writer and director Paul Downs Colaizzo’s feature debut, as well as a tribute to his friend Brittany, who did indeed run her own marathon. And Jillian Bell’s performance is its heart and soul, leading a cast that features Michaela Watkins, Utkarsh Ambudkar, Lil Rel Howery, and Micah Stock. The resulting film is a heartfelt and sometimes uncomfortable drama about the ways we try to save ourselves, how we sometimes hurt others, and why we need other people in order to grow.