Cardi B, Beyonce and Jay-Z lead the 2018 VMA nominations 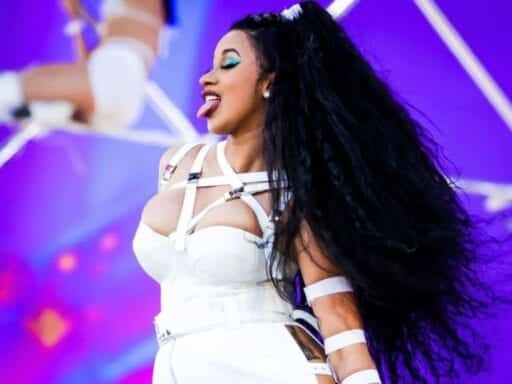 It’s been a good year for Cardi B. In the past six months, she has performed on Saturday Night Live, earned a slot on Time’s list of the 100 most influential people in the world, given birth to her first child, and is now leading the nominations for the 2018 MTV Video Music Awards with 10 different nods. Five of those nods — including one for the VMA’s highest honor, Video of the Year — are for “Finesse,” her collaboration with Bruno Mars.

Cardi B’s competition in the Video of the Year category includes Beyonce and Jay-Z, who have racked up eight nominations overall for their collaboration on “APES**T,” the video for which made waves last month with its setting in the Louvre and its use of classical Western iconography.

The song dropped as part of the surprise release of the album Everything Is Love, which jointly credited Beyonce and Jay-Z as “The Carters” and addressed the tabloid rumors about their marriage.

Other Video of the Year nominees for the 2018 VMAs include Childish Gambino for “This Is America”; Ariana Grande for “No Tears Left to Cry”; Drake for “God’s Plan,” off his record-breaking album Scorpion; and Camila Cabello for “Havana,” featuring Young Thug. Childish Gambino and Drake each earned seven total VMA nominations this year, and Grande and Cabello each earned five nominations.

The VMAs will air live on August 20 at 9 pm Eastern from Radio City Music Hall, and voting will be open through August 10. For the full list of 2018 nominees, visit the VMAs’ website.

Vox Sentences: The Trump administration is not down with CPP
Supreme Court defers new case from North Carolina challenging partisan election maps
This filmmaker spent months interviewing neo-Nazis and jihadists. Here’s what she learned.
How Chile built one of the world’s most successful vaccination campaigns
Your guide to getting into Schitt’s Creek, this year’s Emmys comedy darling
Witches and monsters and ghosts, oh, my! Seven audio dramas with a touch of magic.