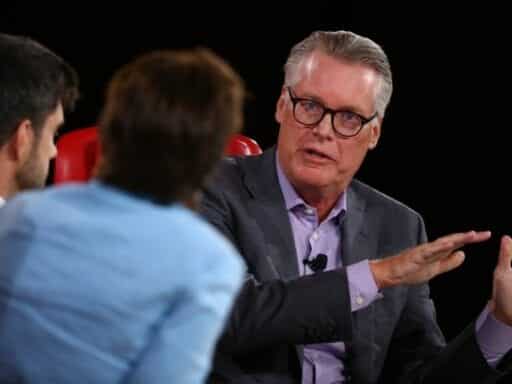 But he still thinks Boeing’s planes are safe.

Delta’s fleet never included the Boeing 737 Max 8 planes that were involved in two deadly crashes, but the Atlanta-based company has plenty of other Boeing planes. Bastian is willing to vouch for their safety.

“Sixty percent of our airplanes that we fly are Boeing,” Bastian told Recode’s Kara Swisher and Jason Del Rey at the 2019 Code Conference in Scottsdale, Arizona, on Tuesday. “Boeing has been the most successful aviation company in the world.”

On March 10, Ethiopian Airlines flight 302 from Addis Ababa, Ethiopia, to Nairobi, Kenya, faltered and crashed soon after taking off, killing all 157 people on board. The incident came just months after a Lion Air flight of the same model took off from Jakarta, Indonesia, and crashed, killing all 189 passengers. After reports that the anti-stall system in Boeing 737 Max planes made it difficult for pilots to control aircraft without being overridden by the system, the models have been grounded all over the world as regulators probe what happened.

Bastian said Delta did look into buying the Boeing 737 Max planes for about a year but ultimately decided against it. He said the aircraft’s anti-stall system didn’t come up when the company was considering the 737 Max, but if Delta planned to buy it, the company “would have had some questions, but we never even went there.”

He said he has the “utmost confidence” that whatever the problem is, it will be solved. His stance makes sense, given that, as he said, most of Delta’s planes are Boeing planes, and if consumers are worried about Boeing jets, that could hurt Delta’s bottom line. (In the US, American Airlines and Southwest Airlines flew Boeing 737 Max 8 planes.)

More broadly, the Boeing scandal has been bad for the entire aviation industry and ballooned into a huge international scandal.

Vox’s Matt Yglesias explained what’s going on, and it’s a lot more than this anti-stall system. Boeing, in looking to outdo a competitor, made some less-than-ideal decisions about the plane and basically used software to get around a bunch of other problems with the model. Bastian trusts Boeing to do the right thing, but he acknowledged on Tuesday that the situation is still rocky.

“Honestly, it’s somewhat unthinkable what’s happened, and I think … we’ve been traumatized as an industry,” Bastian said. “We’re still wrapping our minds around what happened.”

As they make their final pitches to New Hampshire voters, Democrats amp up their attacks
Mr. Rogers was my actual neighbor. He was everything he was on TV and more.
Community was one of the most inventive shows in TV history. Don’t let it be forgotten.
The US needs a lot more hospital beds to prepare for a spike in coronavirus cases
Trump’s intelligence chief suspends in-person election security briefings
Game of Thrones’ final season told flattering lies about wanting power