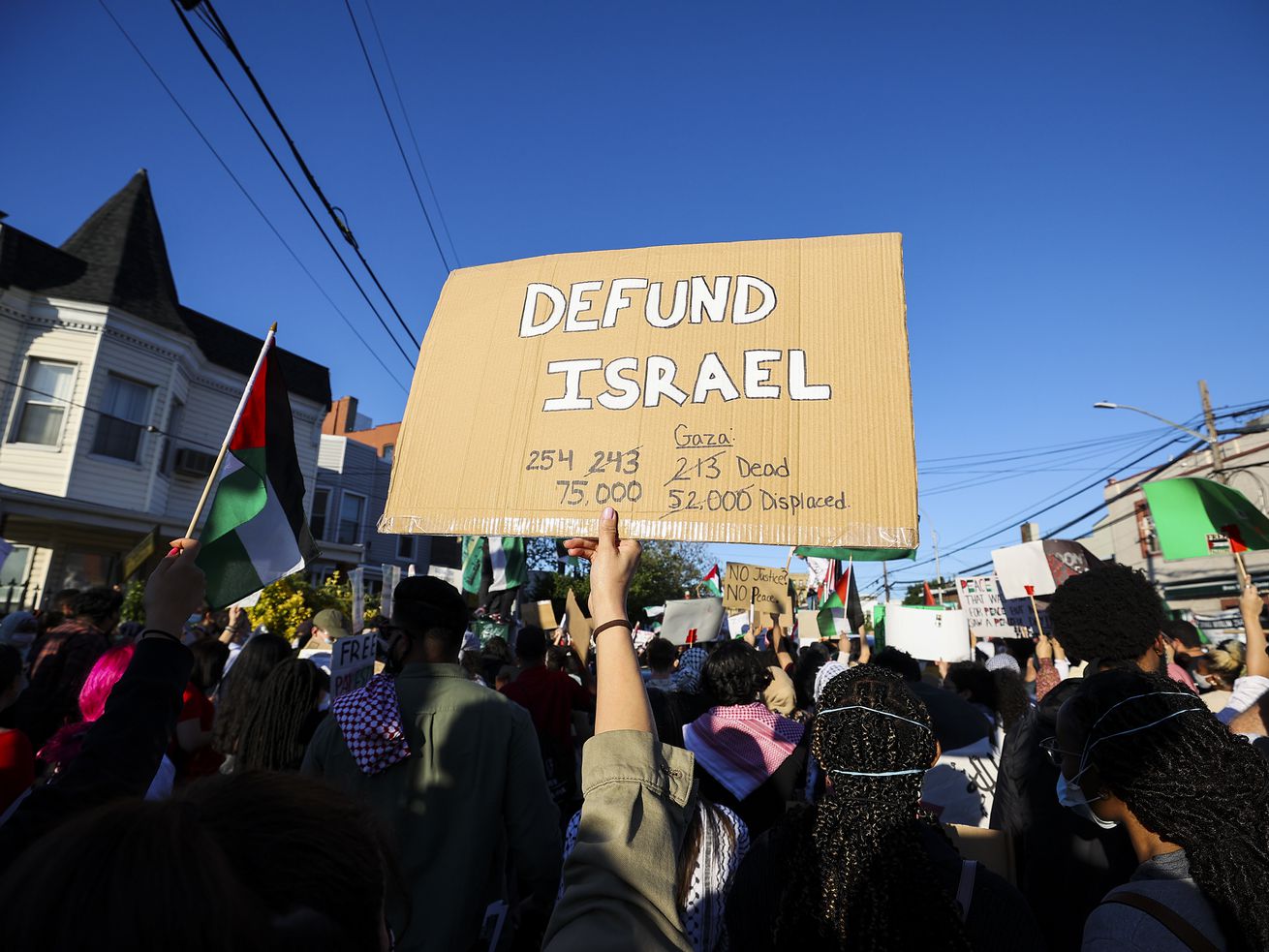 Biden’s position toward Israel hasn’t changed, but the Democratic Party has.

The split in the Democratic Party on US policy toward Israel and Palestine isn’t just among politicians — it’s among their voters as well.

By the time the poll was being fielded, the New York Times reported that more than 200 people had died in the latest round of fighting, “the vast majority of them Palestinians killed by Israeli airstrikes in the Gaza Strip.” The conflict heightened after Israel worked to evict Palestinian families from their homes in East Jerusalem. The Biden administration quietly advocated for a ceasefire, but not forcefully enough, some critics said; the White House condemned violence by Hamas but said it did not find Israel’s attacks disproportionate.

Republican responses to some of the questions are more uniform. For instance, more than 60 percent believe that “Biden is not supportive enough of Israel,” and 60 percent agree that the administration should condemn Hamas further.

As Vox’s Alex Ward has explained, there is a growing divide on US policy toward Israel within the Democratic Party that became more visible in the last month. That’s partly because former President Donald Trump’s posture toward Israel was remarkably conciliatory, which can help explain why a once bipartisan approach has become more complicated among Democrats:

As president, Trump gave Prime Minister Benjamin Netanyahu nearly everything he wanted, including recognition of Israeli sovereignty over disputed territory like the Golan Heights, moving the US Embassy to Jerusalem, and a “peace plan” that fulfilled nearly all of the premier’s wish list. Meanwhile, Trump closed a Palestinian political office in Washington, DC, stopped aid to the West Bank and Gaza, and effectively cut ties with top Palestinian officials.

Some of the party’s younger, more diverse, and more progressive lawmakers have also elevated questions about support for Israel and pointed to the plight of the Palestinian people.

Biden, however, seems not to have moved along with his party. Just last week, White House press secretary Jen Psaki said, “We have a long and abiding relationship — strategic relationship — with Israel, and that will continue to be the case no matter who is leading the country,” reported the Washington Post.

A plurality of Democratic voters, though, want that relationship to shift: The poll found 45 percent want the US to decrease the $3.8 billion in military aid it sends to Israel.

What to expect at the 2020 Oscars
Targaryen family tree Game of Thrones' dynasty explained
Did Brazilians vote against democracy on Sunday?
Bernie Sanders wants to take fossil fuel companies to criminal court
Hosni Mubarak’s death and despotic rule, briefly explained
Disney thinks you’ll be ready to see Black Widow in theaters by May