Do the soaring sales of anti-racism books signal a true cultural shift? 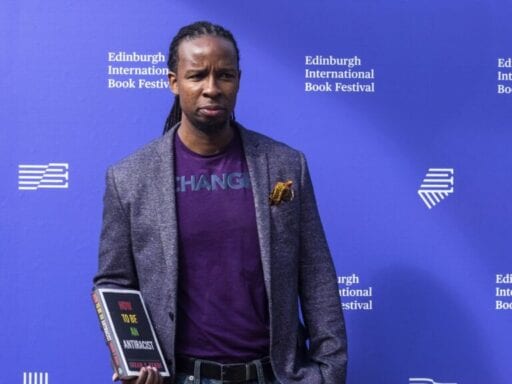 Share
Loading...
Ibram X. Kendi holding his book How to Be an Antiracist at the Edinburgh International Book Festival 2019 on August 10, 2019. | Simone Padovani/Awakening/Getty Images

In the wake of the anti-police brutality protests, sales of books on anti-racism are surging.

In the wake of the waves of police brutality at protests against the police killings of George Floyd, Breonna Taylor, and other black people, Americans are turning to books to try to understand the United States’ history of structural and institutional racism. Over the past month, sales of books about anti-racism have surged dramatically.

Every one of the 10 books on the New York Times’s combined e-book and print nonfiction best-seller list this week is about anti-racism. The Times’s fiction list is topped by Brit Bennett’s The Vanishing Half, a just-released novel by a black author about race and colorism in America.

Industry tracker NPD BookScan reports that political science civil rights titles saw a sales jump of 330 percent from the week of May 17 to the week of May 23, while books about discrimination had a sales jump of 245 percent in the same time. Books like Ibram X. Kendi’s How to Be an Antiracist and Robin DiAngelo’s White Fragility are sold out everywhere.

The sales boom comes after a slew of publications responded to the George Floyd protests by publishing anti-racist reading lists, many of which recommended How to Be an Anti-Racist and White Fragility. (I compiled one for Vox on police brutality that included both titles.) And for some critics, the rush to fight white supremacy by recommending books seemed to miss the point.

“Who is this for?” asked Lauren Michele Jackson at Vulture. “The syllabus, as these lists are sometimes called, seldom instructs or guides. It is no pedagogue. It is unclear whether each book supplies a portion of the holistic racial puzzle or are intended as revelatory islands in and of themselves.”

Calls to read more, as many critics have said, cannot not and should not replace active work to break down the systems that an anti-racist reading list can make apparent. They cannot be simple acts of virtue signalling.

But historically, enormous sales of political books have sometimes signified a shift in American culture. It was after Betty Friedan’s The Feminine Mystique became a giant best-seller in 1963 that second-wave feminism really took off. Friedan’s ideas weren’t necessarily new — other feminists existed and had been writing for awhile — but after The Feminine Mystique sold 3 million copies in three years, it became an unignorable phenomenon. And that is when change became possible.

States resisting stay-at-home orders are playing a dangerous game
New evidence shows a Nunes aide in close conversation with Parnas
Tolkien wrote Lord of the Rings to procrastinate on the academic work he was supposed to be doing
How to make sure everyone can vote during the coronavirus pandemic
How America’s middle class got hollowed out
An ex-Facebook lawyer is Big Tech’s latest tie to the White House. Or is it?