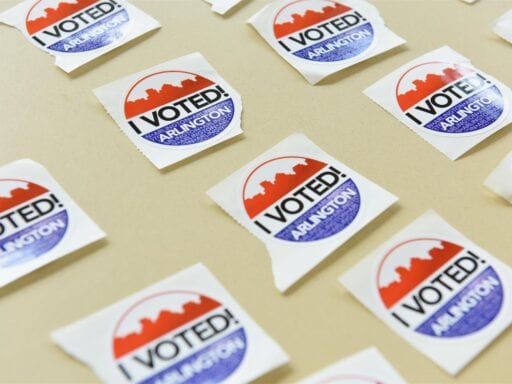 It turns out Americans really, really wanted to vote before Election Day.

More than 97 million people have already cast ballots in the 2020 election — an early turnout record that shows this year’s election carries enormous weight with Americans.

About 24 hours before polls are set to close on Election Day, the number of votes cast was almost 98 million, about two-thirds of which came via mail-in ballots. The rest of the voters showed up at a polling place to vote in person. The early voting figure is just shy of 71 percent of 2016’s total numbers nationwide.

In Texas, early voting is even more of a success: Early voting now represents more than 108 percent of 2016’s total number. In Hawaii, the share is more than 110 percent.

It seems likely that 2020’s total voter turnout could be the highest in a century, with some forecasters projecting turnout as high as 65 percent of registered voters casting a ballot. And the reasons are clear to all — chiefly, the current occupant of the White House.

As Vox’s Jen Kirby and Rani Molla put it, “Enthusiasm among both Democratic and Republican voters is high. President Donald Trump is the reason: His supporters are extremely motivated to reelect their guy, and the other side is extremely motivated to vote him out.” Voters who wished to avoid a polling place also may have voted with absentee ballots, though those who went to early voting locations hoping to avoid a crowd during a pandemic may have been confronted with long lines.

These numbers are no crystal ball, however. Nobody knows who is going to win right now. There’s a strong possibility we won’t even know on Tuesday night or Wednesday morning, either. But it is clear that Americans are highly motivated to make sure their vote is counted.

The CDC now recommends everyone use cloth masks in public
The EU will bar American travelers because of US coronavirus spread
For Black Americans, the middle class has always been a mirage
The case for large cities in a post-pandemic world
How DNC Chair Tom Perez plans to avoid the chaos of the GOP’s 2016 debates
John Delaney has a plan for universal health care — but don’t call it “Medicare-for-all”