Elizabeth Warren’s new remedy for corruption: a tax on lobbying 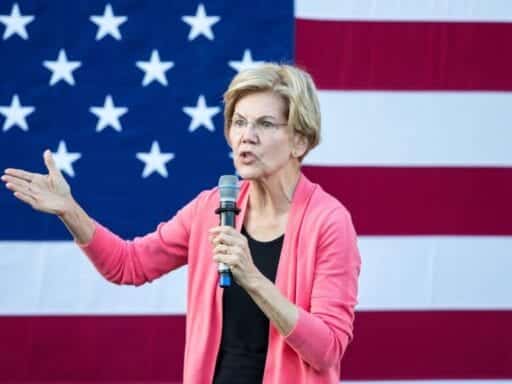 Elizabeth Warren wants to tax the corporate lobbying she says is breaking the American political system.

Warren, whose presidential campaign has been incrementally releasing a package of anti-corruption proposals, has unveiled a plan to tax corporations and trade organizations that spend a lot of money lobbying Congress and federal agencies.

These brackets would hit the pocketbooks of big pharmaceutical and health insurance companies, the real estate industry, fossil fuel companies, Wall Street firms, and electric utilities the hardest. They do not apply to charitable or social welfare organizations that also lobby the government, such as 501(c)3 and 501(c)4 nonprofit groups, but do apply to trade and professional associations, 501(c)6 groups.

For example, the US Chamber of Commerce, which successfully advocated for lower corporate tax rates, spent more than $1 billion on lobbying between 2009 and 2018. Under this plan, it would have had to pay roughly $770.8 million in taxes during that time period. Likewise, private insurance company Blue Cross/Blue Shield, which spent about $233.5 million in government lobbying between 2009 and 2018, would have paid nearly $163.4 million in taxes.

This proposal is in line with many ideas that have been floated in good-government circles — ideas like creating tax incentives for companies that don’t spend money on lobbying or creating a separate tax bracket all together for companies that do, according to Lisa Gilbert, with progressive consumer protection think tank Public Citizen.

“Taxing corporate special interest lobbying as a means to push back on the influence machine is both innovative and important,” Gilbert said.

With organizations like PhRMA — which represents the pharmaceutical industry and spent more than $217 million in lobbying over the last decade — the tax would hit the trade group, not the member companies. This could allow the trade group to share the cost of the tax with member groups, mitigating budgetary pain.

But the Warren campaign doesn’t see that as a problem. The point is twofold: Either the tax is enough to discourage massive corporate lobbying efforts, or it leads to some federal revenue. They also recognize the tax could bring in less revenue over time if the tax effectively disincentives high-dollar lobbying efforts.

The proposal estimates the tax would have raised $10 billion in revenue over the last 10 years, based on the last decade of lobbying expenditures. That’s a notably smaller haul than some of her other tax proposals (her wealth tax raises $2.75 trillion). Her team says the money from the lobbyist tax would go toward more anti-corruption measures — like boosting funding for in-house policy resources — to keep lawmakers and federal agencies independent from influence.

Warren has identified lobbying as core to Washington’s inability to take meaningful action on everything from gun control, the environment, and health care. On the campaign trail, she lists passing a sweeping anti-corruption package as one of her first priorities if she is elected president.

Warren’s presidential campaign has been defined by its relentless focus on rooting out corruption in Washington DC.

The senator from Massachusetts first released a wide-ranging anti-corruption bill back in August 2018, well before she announced her campaign for president. And she’s been adding to it ever since. Warren has been clear she thinks there’s no way meaningful legislation can be passed without dealing with federal and congressional lobbyists first.

“The rich and the powerful have been calling the shots in Washington forever and ever and ever it feels like,” Warren told Vox’s Ezra Klein in June. “They’re not going to just say, ‘Oh, well, okay. Now you need a wealth tax. Now you want to make these other investments.’ … I think going straight up the middle on the corruption plan is the first one. Knock them back, and while they’re all scrambling, then start passing the rest of it.”

While anti-corruption policies are overwhelmingly popular with the American public, regardless of political affiliation, it will likely face an uphill battle in Congress, where Republicans have been reluctant to take up legislation around transparency and lobbying.

Warren’s larger anti-corruption plan is far-reaching; it would already instate a lifetime lobbying ban for presidents, vice presidents, members of Congress, federal judges, and Cabinet secretaries, and multi-year lobbying bans for federal employees (both congressional staffers and employees of federal agencies), among other things.

Last week, Warren also proposed a plan to revitalize one current and one former agency that Congress relied on for policy information and the cost of bills. Warren’s plan would increase federal funding for the current Congressional Budget Office, which analyzes how a bill will impact the federal budget. It would also bring back the now-defunct Office of Technology Assessment, which gave lawmakers and their staff objective analysis and research on scientific and technology policy until former Republican Speaker of the House Newt Gingrich shuttered the agency in 1995.

Warren argues the closure of OTA has created a vacuum now occupied by corporate lobbyists, oftentimes peddling research funded by companies that have a distinct agenda. In addition to bringing it back, she also wants to create a new Office of the Public Advocate, which would act as a voice for the public during the federal rulemaking process.

This new tax is a funding stream for Warren’s larger plan to strengthen these congressional support industries. It also sends a signal to corporations that she’s serious about curbing their influence.

Google and Amazon are now in the oil business
20 years after Columbine, the guns are still the problem
“We’re a country with an open wound”: Joe Biden condemns the police killing of George Floyd
Trump quietly cut legal immigration by up to 65%
Building housing — lots of it — will lay the foundation for a new future
The Ford F-150, America’s most American pickup truck, is going electric