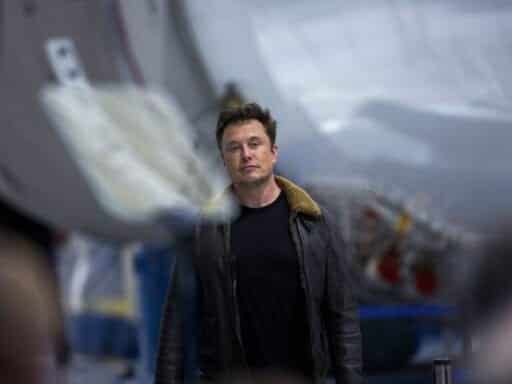 The Securities and Exchange Commission announced on Thursday that it is suing Elon Musk, the CEO of Tesla, for comments he made on Twitter suggesting that he would take his company private when its stock price hit $420 per share.

This is a Very Bad Thing to tell your 22 million followers if you’re running a $50 billion, publicly traded company. As Vox’s Emily Stewart explained, “it wasn’t clear how much groundwork had actually been laid for such a maneuver, and it’s illegal for companies and executives to give shareholders misleading information about potentially meaningful corporate events.”

Musk has since backtracked, but regulators are not letting this go. The Department of Justice launched a criminal probe, and now the SEC has filed suit against Musk himself.

The SEC complaint is worth a read and outlines some of the bizarre turns of this scandal:

The SEC concluded that Musk should pay a fine and be banned from serving as an executive or board member of any public company.

The central concern for the SEC is that Musk made it seem like he already had the money lined up and the price confirmed, with a shareholder vote being the only thing standing between him and privatizing Tesla. His tweet “set off a trading frenzy,” according to the complaint, and pushed Tesla’s stock price up more than 6 percent, forcing Nasdaq to halt Tesla trading for 90 minutes until the company gave an official response. The company’s stock price closed at $379.57 on the day of the tweet.

In reality, almost nothing was underway at that point, few company officials were even aware of the prospect, no funders were secured, and prices weren’t settled. “Musk’s statements were premised on a long series of baseless assumptions and were contrary to facts that Musk knew,” according to the SEC.

This latest development adds to a long list of weird antics from Musk, who is also being sued for defamation after calling a diver a pedophile. The diver helped rescue a Thai soccer team trapped in a cave this summer and criticized Musk’s efforts to help with a submarine.

This summer, Musk was at the center of a rift between his girlfriend — the singer Grimes — and the singer Azealia Banks, who said she had been abandoned at Musk’s house for days.

And yet Tesla can’t seem to quit Elon.

Despite Musk’s liabilities, Tesla’s management is reluctant to let go of him. His persona (or cult of personality) is integral to the brand. Analysts have said there is an “Elon Musk premium” embedded in the company’s stock price. So despite the headaches he’s caused his board members, Musk isn’t likely to go anytime soon.

The SEC case will now head to the federal district court in the Southern District of New York, and if Musk loses, he could be forced to step down from Tesla. However, he may hang on to his posts at Neuralink and the Boring Company, which are still private companies.