Facebook is under scrutiny from 4 federal agencies, including the SEC 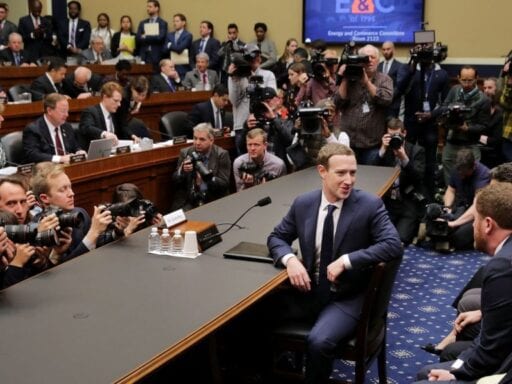 Facebook is now under scrutiny from four federal agencies, including the Securities and Exchange Commission (SEC), over its handling of user data and the Cambridge Analytica scandal, according to a new report.

The FBI, the SEC, the Federal Trade Commission (FTC), and the Department of Justice (DOJ) are all working on a probe of Facebook, according to a Washington Post article by Craig Timberg, Elizabeth Dwoskin, Matt Zapotosky, and Devlin Barrett.

The federal investigation has expanded to focus on Facebook’s actions and statements about how it handles user data and what happened in its dealings with Cambridge Analytica, the data firm that accessed the personal information of millions of Americans through Facebook.

In March the FTC announced it was exploring the possible misuse of personal information and whether Facebook had violated its 2011 consent decree with the agency over charges it had deceived consumers about their privacy. The FTC probe could result in billions of dollars in fines. And in May the New York Times reported that the FBI and DOJ were investigating Facebook. This is the first time the SEC’s involvement has been revealed.

According to the Post, investigators are asking what Facebook knew about the Cambridge Analytica situation and when, and why the social media giant kept this under wraps until revelatory media reports were about to drop. Facebook learned that Aleksandr Kogan, a University of Cambridge professor, had in 2015 passed the data of millions of users, obtained through a personality test app, to Cambridge Analytica and its parent company. But Facebook didn’t tell its users or investors about it until this past March.

Facebook stopped many of the practices that had allowed Kogan to access so much information about users and their friends in 2014 and 2015, but is that specific case, the damage has already been done. Yet Facebook kept up its data-sharing practices with device makers in the United States and abroad. It only admitted their existence — and said it was winding them down — when they were reported on by the media.

A Facebook spokesperson told the Post it has received questions from the federal agencies and said in a statement it is “cooperating with officials in the US, UK, and beyond.”

In April Facebook CEO Mark Zuckerberg testified before the US Senate and House of Representatives about Cambridge Analytica and data privacy. He often hedged his answers when responding to lawmakers’ questions. Facebook followed up with more than 700 pages of written answers.

According to the Post, investigators seem “particularly focused on what data Facebook let be collected from its platform and under what conditions” — and what Facebook said about it, not only when it was happening but also at the congressional hearings. Per the Post:

The questioning from federal investigators centers on what Facebook knew three years ago and why the company didn’t reveal it at the time to its users or investors, as well as any discrepancies in more recent accounts, among other issues, according to these people. The Capitol Hill testimony of Facebook officials, including Chief Executive Mark Zuckerberg, also is being scrutinized as part of the probe, said people familiar with the federal inquiries.

Since the Cambridge Analytica scandal came to light and Facebook received increased scrutiny for its privacy practices, the company has said it’s taking steps to rectify matters. It’s suspended the use of dozens of apps, has restricted data access for developers, and is ending data-sharing practices with device makers. But its problems are far from over: The Wall Street Journal reported last week that Facebook isn’t able to track where the data that developers received from the platform went or where it is now.

Trump is going all in on divisive culture wars. That might not work this time.
Navy’s planned shipbuilding spree overlooks looming sailor shortage
Will the coronavirus drive down housing prices? This real estate broker says no.
Analyst: U.S. tariffs are a game of 'Whac-A-Mole'
Most candidates run to the center in the general. Biden is moving left.
Exclusive: Trump promised Kim Jong Un he’d sign an agreement to end the Korean War