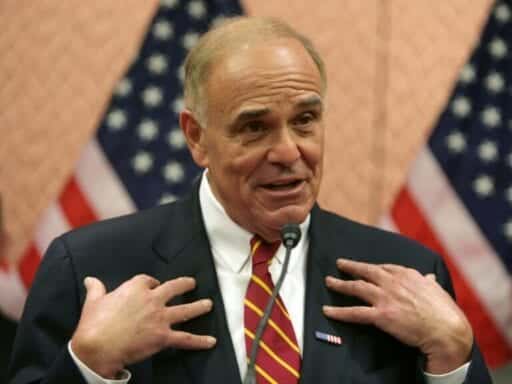 Philadelphia and President Donald Trump’s administration are on a collision course that could result in a former Pennsylvania governor’s arrest over supervised drug consumption sites.

Philadelphia wants to open a supervised consumption site (also known as a safe injection site), where people could use illicit drugs under medical supervision, to help deal with the city’s deadly opioid epidemic. But the Trump administration — particularly the US Department of Justice, under Attorney General Jeff Sessions and Deputy Attorney General Rod Rosenstein — claims that such sites violate federal law, and it could potentially arrest anyone involved in opening a site.

Rosenstein, who published an op-ed in the New York Times criticizing the sites, previously issued a warning to city officials and potential beneficiaries of supervised consumption sites on NPR member station WHYY in Philadelphia. “It remains illegal under federal law,” Rosenstein said. “And people engaged in that activity remain vulnerable to civil and criminal enforcement.”

Philadelphia has indicated that it’s moving forward with supervised consumption sites anyway. Former Pennsylvania Gov. Ed Rendell, a Democrat, is on the board of a nonprofit, Safehouse, that plans to run a facility. And he doesn’t seem deterred by Rosenstein or the Justice Department.

“I have a message for Mr. Rosenstein: I’m the incorporator of the safe injection site nonprofit and they can come and arrest me first,” Rendell told NPR.

Supervised consumption sites are spaces where people can use drugs with sterile injection equipment and the supervision of trained staff, with the opioid overdose antidote naloxone if anything goes wrong. The sites may also link people to addiction treatment on request.

The idea: While in an ideal world no one would use dangerous and potentially deadly drugs, many people do. So it’s better to give these people a space where they can use drugs with some sort of supervision. It’s a harm reduction approach.

The Justice Department, however, has cited a law originally meant to stop crack houses, noting, “It is a crime, not only to use illicit narcotics, but to manage and maintain sites on which such drugs are used and distributed.”

The Justice Department’s threat was a factor in California Gov. Jerry Brown’s veto of a bill that would have allowed supervised consumption sites in the state. “[A]lthough this bill creates immunity under state law, it can’t create such immunity under federal law,” Brown wrote. “In fact, the United States Attorney General has already threatened prosecution and it would be irresponsible to expose local officials and health care professionals to potential federal criminal charges.”

But Philadelphia, at least so far, is sticking to its plans. With more than 1,200 recorded drug overdose deaths last year in the city, officials are desperate to do something to mitigate the death toll.

“It’s the highest rate per capita of any big city in America,” Rendell said. “We got to do something to stop it.”

Advocates say supervised consumption sites can save lives, citing some of the research done on the facilities in Australia, Canada, and Europe. Drawing on more than a decade of studies, the European Monitoring Centre for Drugs and Drug Addiction in 2018 concluded that safe injection sites led to “safer use for clients” and “wider health and public order benefits.” Among those benefits: reductions in risky behavior that can lead to HIV or hepatitis C transmission, drops in drug-related deaths and emergency service calls related to overdoses, and greater uptake in drug addiction treatment, including highly effective medications for opioid addiction.

Critics argue that the sites will enable more drug use.

None of the research done so far, however, has found evidence for this. In fact, while fears of enabling more drug use are a common talking point against harm reduction approaches, from needle exchanges to naloxone to supervised consumption sites, none of the empirical work on these issues has found solid proof that they significantly increase drug use. It’s just not an evidence-based claim.

That’s not to say that the research on supervised consumption sites is perfect. Given that the evidence so far comes from just a few sites in other countries, much more research is needed, particularly for how a site could work in the US. But to get that, someone has to actually open a site in the US first. And while there are illegal sites around the US, so far no one has opened one that’s sanctioned by any government, local or federal.

In the past couple of years, several US cities have said they want to change this, including Philadelphia as well as New York City, San Francisco, and Seattle.

The moves are largely in response to the opioid epidemic, which is now the deadliest drug overdose crisis in US history. Drug overdose deaths in 2017 reached a record 72,000, at least two-thirds of which were linked to opioids, according to preliminary data from the Centers for Disease Control and Prevention. Advocates don’t believe that supervised consumption sites are a silver bullet to addiction and overdose, but they say the sites could play a crucial part in a broader approach to the opioid crisis.

The Trump administration disagrees. But with cities desperate to find solutions to the opioid epidemic, Philadelphia and others may move forward with supervised consumption sites despite the federal threats.

The real Republican record on preexisting conditions: GOP is trying to roll back protections
Sneezeguards, toilet paper, and visits from lonely seniors: Running a post office during the pandemi...
Democrats are moving past neoliberalism — and to this view instead
Join the Vox Book Club to talk Rodham with author Curtis Sittenfeld, live on Zoom
Google fired an employee who questioned its work with Customs and Border Protection
Paul Ryan: “The president must appreciate that Russia is not our ally”