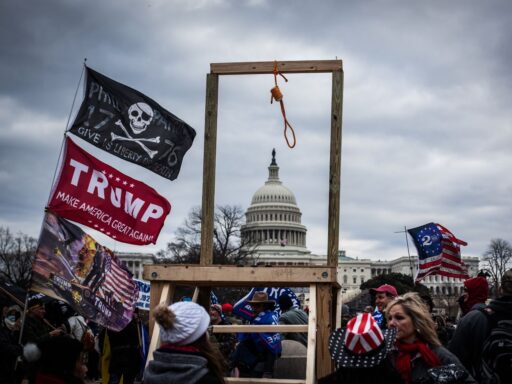 “Security and logistical preparations before January 6 were not consistent with the prospect of serious and widespread violence.”

Four US House committees have jointly opened an investigation into what law enforcement and intelligence agencies knew about the potential for violence against Congress in the days and weeks leading up to the January 6 riot at the US Capitol.

The letter was addressed to the leaders of the FBI, National Counterterrorism Center, Department of Homeland Security, and the Office of the Director of National Intelligence.

“Yet, according to media accounts that have surfaced in recent days, federal and other authorities earlier on possessed — and may have shared with some parties — intelligence and other information forecasting a dire security threat against the Congress’s meeting to certify the election results,” the letter continues. “These latter reports, if acted upon, might have prompted more extensive planning for the event, and the infusion of far greater security and other resources.”

They’ve asked relevant agencies for documents and briefings to conduct the review: pic.twitter.com/SxSx7eO7d8

The letter, which asks for “relevant documents” and other information from the agencies, comes one day after the Washington Post broke the news of a memo from the Capitol Police’s intelligence division warning of violence on January 6.

“Supporters of the current president see January 6, 2021, as the last opportunity to overturn the results of the presidential election,” the memo read, according to a portion seen by the Post. “This sense of desperation and disappointment may lead to more of an incentive to become violent. Unlike previous post-election protests, the targets of the pro-Trump supporters are not necessarily the counter-protesters as they were previously, but rather Congress itself is the target on the 6th.”

But despite this and other warnings, including a January internal FBI document that warned about calls for “war” on right-wing internet forums, Capitol Police on January 6 were quickly overwhelmed by rioters who breached the US Capitol and ultimately occupied the Senate chamber.

Five people died, including a police officer, but it could’ve been much worse. On Friday, the Washington Post reported that a mob of rioters came within 100 feet of Vice President Mike Pence as he was being hastily evacuated from the Senate chamber, where he was overseeing the certification of the Electoral College vote results.

Pence’s refusal to cooperate with a scheme Trump and hardcore supporters like Rudy Giuliani cooked up to reject the Electoral College results made him a target, and some rioters could be heard chanting, “Hang Mike Pence!” as they marauded into the Capitol.

Other videos from the mayhem show how perilously close rioters came to reaching members of the House of Representatives as they were being evacuated from the premises.

Rep. Alexandria Ocasio-Cortez (D-NY) said during an Instagram livestream on Wednesday that “it’s not an exaggeration to say that many many members of the House were nearly assassinated,” adding that she had a “close encounter” during the riot during which she “thought [she] was going to die,” though she didn’t provide details of what happened.

The joint House investigation is one of many into the circumstances surrounding the Capitol riot, which happened shortly after Trump finished delivering a speech to his supporters in which he invoked “fight” or “fighting” more than 20 times (Trump has since been impeached in a bipartisan vote for encouraging the unrest).

As Cameron Peters detailed for Vox, the inspectors general of the Justice, Defense, Interior, and Homeland Security departments announced on Friday the launch of “internal investigations into how officials prepared for January 6 and where failures occurred.” Also on Friday, House Speaker Nancy Pelosi announced that she had appointed retired Lt. Gen. Russel Honoré to investigate security at the Capitol complex.

Furthermore, Pelosi and more than 30 of her House colleagues earlier this week requested that top Capitol security officials investigate whether pro-Trump Republican members of Congress may have helped the rioters do reconnaissance of the Capitol by giving them access to tours of the Capitol on January 5.

Speaker Pelosi: ’Imagine 10 days ago, we really lost our innocence in this … now we have to protect ourselves from enemies ‘domestic.’ How close within? The investigation will let us know.’ pic.twitter.com/r2bWhD9xai

“If, in fact, it is found that members of Congress were accomplices to this insurrection — if they aided and abetted the crime — there may have to be actions taken beyond the Congress, in terms of prosecution for that,” Pelosi said during a news conference on Friday.

This billionaire built a big-money machine to oust Trump. Why do some Democrats hate him?
Papa John’s founder resigns as chairman after using a racial slur on a call
Oregon’s ballot measure to decriminalize all drugs, explained
Here’s why you can’t play Fortnite’s new season on your iPhone
The crisis isn’t too much polarization. It’s too little democracy.
Greyhound will no longer consent to warrantless searches by border patrol agents