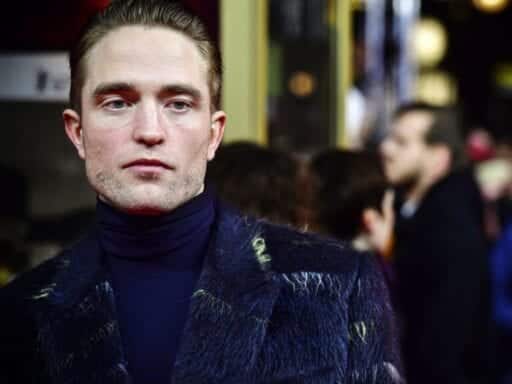 The actor didn’t really think The Lighthouse was a horror film “because I thought it was so funny.”

In his post-Twilight years, Robert Pattinson never seems to do the same thing twice. Between playing a space-traveling ex-con father in Claire Denis’s 2019 film High Life to a self-destructive billionaire in David Cronenberg’s 2012 Cosmopolis to a hapless petty criminal in Josh and Benny Safdie’s 2017 Good Time, Pattinson has carved out one of the most eclectic careers in American cinema.

So playing a grizzled lighthouse keeper with a secret seems like a logical next step. Enter The Lighthouse, a nightmarish black-and-white tale from Robert Eggers, director of the 2016 horror film The Witch. Pattinson stars opposite Willem Dafoe in the film, which made its premiere in the Director’s Fortnight section at Cannes in May. Drawing on Melville, surrealism, fishermen’s lore, and a lot more, it’s a 19th-century tale centering on Pattinson and Dafoe as two men slowly driving one another mad.

The film strands the pair on an island with a lighthouse and some devious seagulls, surrounded by a fierce sea. It’s somehow a whacked-out period comedy populated by saltily bearded sea dogs, a psychosexual drama about dramatically fractured psyches, a Beckett-style dive into guilt and shame, and, at moments, kind of a take-off on Aquaman. (Also, there are a lot of bodily fluids in this tale.)

It’s devilishly fun, and both actors look like they’re having the time of their lives. Pattinson’s character is the younger, less experienced seaman of the two, and his partner enjoys hazing him; he’s also haunted by dreams (or are they?) of a screaming mermaid and his own curiosity about what’s actually going on at the top of the lighthouse at night. Pattinson brings his signature intensity to the role, starting out straight-laced and gradually growing more wild-eyed. By the end, he seems capable of anything.

I recently talked to Pattinson by phone about what he looks for in a role, working with Eggers on The Lighthouse, and why he feels a “lot of shame” over all the lobster he ate on set. Our conversation, which has been edited and condensed, follows.

The Lighthouse is kind of like a nightmare, but it also looks like it might have been a nightmare to shoot, in all of that rough New England weather.

Kind of, but not really. I guess it was pretty cold, but I think in terms of just giving you loads more to react to, I’m always looking for any way to act less. The more water is sprayed on you and poo is shoved in your face, you act less and less and less. It all just becomes really real. It makes it a lot easier.

What kind of prep do you have to do to shoot a movie like this?

I was doing a lot of crazy things. Pretty much every scene is a high-intensity psychological breakdown. I stayed in that zone a lot of the time when I was shooting it, a lot of walking around in circles kind of muttering to myself.

Do you do anything in particular to put yourself in that brain space?

When I first read the script and was figuring out something to connect to, I was listening to all these different Maine lobster fisherman accents. It sounded like a contorted accent, and you had to contort yourself to get the accent right, like in your face. Then it translated over to your body.

And so to feel like I did when I first read the script, I just kept doing these weird body contortions, which seemed to be the trigger [for me] to feel like this guy. But I guess it was kind of bizarre for people to see me kind of twist myself up before every single scene. A lot of contortions!

Did you at least also get lobster while you were there, to eat?

You’re the only person who’s asked me that. I mean, the lobster there tastes phenomenal. It’s like nothing you’ve ever tasted. Also, I didn’t realize you’re supposed to cook lobster in … this sounds so disgusting, but you have to cook it in the saltwater that it came from. It tastes way nicer. I feel like I’m revealing that I’m like a cannibal, but it was especially delicious, even though it came with a lot of shame.

So you’re in New England, and you’re eating lobster and trying to prepare to play this fisherman. I know Robert [Eggers] was reading a lot of Herman Melville and other stories about whaling. Were you doing anything similar?

There was a woman who compiled lots of letters and conversations of old seamen and stuff from around that period. That was kind of interesting.

But there was something so complete about the script. There were so many things to pull from the script that you didn’t really need that much other stuff. Other than working on the accent, which seemed to be a more complicated thing to do.

I always found it quite interesting — the fantasy elements of it, the themes. I like the idea that when someone’s having a psychological breakdown, the images they conjure up are just from the stories of that time and the conditions of that time. It’s not a totally new thing for them.

Those images are pretty terrifying! Did you think of this movie as horror while you were working on it? Is that even something you think about?

I didn’t really think it was a horror film, because I thought it was so funny. As soon as I read it, I thought of it as more of an absurdist surreal comedy with scary overtones. You know how you can watch some of the kind of surrealist movies, even like [Luis] Bunuel movies and stuff like that? It’s kind of like [Bunuel and Salvador Dali’s 1929 surrealist short film] Un Chien Andalou. It’s terrifying in some bits, but the bluntness of these horrifying images, they just come out of nowhere, and you don’t necessarily know if you’re supposed to be scared or not. I think it’s more it’s supposed to be fun.

How does this role fit into the kind of roles you like to play? You’ve worked with a lot of directors who favor a very stylized kind of movie.

Yeah. I loved The Witch. I do like working with people who’ve got an extremely individual style, because then you can’t rely on anything you’ve relied upon before in different performances. It helps you grow. So I definitely like these iconoclastic directors.

There’s also so much detail in Robert [Eggers]’s work. He’ll take these massive punts on a movie. There’s so much density to the films he’s made. The writing in this, it seemed like there was just so much there that it was really, really inspiring. Then when you add to that writing ability, the production design ability … It’s one of the most beautiful sets that I’ve ever seen. You open up any drawer, it’s filled with cutlery that’s from the Lighthouse Department in 1890 or whatever.

He’s such a stickler for detail. He would be just discussing period underwear. He was sort of telling me, “Which batch of the underwear do you like the most? Which do you think you would wear?” and I’m like, “What are you talking about? No one’s even going to see this, and also, I cannot tell the difference.”

It’s lovely working with somebody like that, because it just gives you so much material to work with, and it’s transportive.

And it looks like you got to eventually wreck that set, too, in the movie, near the end. That looks awfully fun to me.

It’s always pretty fun — being covered in mud and shit, and smashing things, spraying water … I don’t know. I like movies to feel as much as possible like doing an episode of Wipeout.

When you get a part where you can just go so hard with it, and it’s just so extreme, it’s so much fun doing it, the danger is you kind of just want to make every part crazy and just ratchet the intensity up as high as possible. This was just one of those great experiences and a joy to do. I hope to keep finding stuff like that again. I want everything to be as crazy as this.

The Lighthouse opens in theaters on October 18.

Photos: What China’s quarantine to stop the Wuhan coronavirus looks like
Poll: 53 percent of lower-income US households won’t be able to pay all of April’s bills
Use of the word “bitch” surged after women’s suffrage
The “deep state” is real. But it’s not what Trump thinks it is.
Scott Pruitt gave “super polluting” trucks a gift on his last day at the EPA. A court just put it on...
The Mandalorian is falling in love with its big moments. That’s a problem.