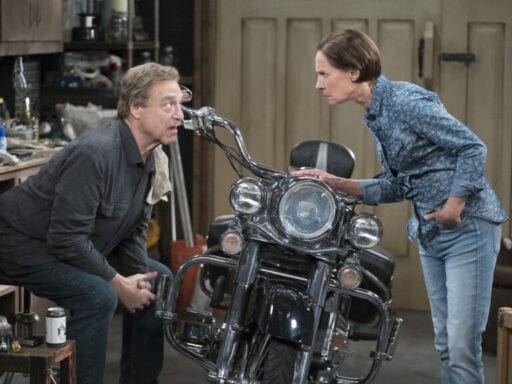 But will anybody watch?

For as long as television has been around, most American TV shows have obeyed one rule: The show must go on.

This means that no matter what befalls a series — from a contract dispute causing the studio to fire the leading lady from a show named after her, to arguments over pay leading to the Dukes of Hazzard being replaced by their cousins, to countless examples of shows that have had to make cast changes when actors left because they got bored or were fired or even died — that series will continue in some form.

Often, it will become a misbegotten hybrid version of itself. But every so often, a show’s retooling, forced by the network or undertaken by showrunners desperate to make a series work, might lead to something better than what existed before.

Look no further than internet favorite Parks & Recreation for an example of a show that kept tinkering with its formula all the way into its third season, until it attained its final form. Fan favorite characters like Ben Wyatt (Adam Scott) and Chris Traeger (Rob Lowe) didn’t join the cast until the end of season two, and on their way in, they saw original character Mark Brendanawicz (Paul Schneider) make his way out. And that’s to say nothing of the many tiny tweaks to the show’s premise and characters that its writers made throughout its run.

But occasionally, a TV show falls apart under such spectacular, headline-generating circumstances that its return — under whatever form it takes — is tracked with fervent anticipation, less because anybody hopes it might be good and more because we’re morbidly curious to see what happens.

That curiosity is why the first episode of The Conners — ABC’s Roseanne-less spin on Roseanne — should draw a large audience for its first episode tonight. But if those viewers stick around, it’ll be for one simple reason: The Conners is pretty good.

ABC decided in 2017 to bring back Roseanne, the hit series that ran from 1988 through 1997 in its original incarnation. The series had always been blunt about what it’s like to live in the United States without a lot of money, and in its best seasons, it was as good as any show had ever been at confronting the ways that oppressive systems conspire to keep people in the lower classes from climbing the economic ladder, and looking at how racism and sexism too often divided those lower classes.

Roseanne Conner — the “fictional” Roseanne — was a riff on Roseanne Barr’s standup comedy, but as the series continued and Barr gained more and more power over her fictional self, she pushed the series in a bolder and brasher direction. It was a progressive series, in the sense that it was tuned in to big-picture issues and more often than not took a left-leaning stand on those issues. But its politics always followed from its characters.

So bringing back Roseanne in 2018 made a certain amount of sense. And it also made a certain amount of sense that Roseanne Conner would be a Donald Trump supporter in 2018. After all, plenty of lower class white people, bristling with racial resentments, voted for Trump in 2016. There was just one problem: Barr herself was a big-time Trump supporter, and her support frequently took the form of alt-right conspiracy mongering.

It didn’t matter. Not really. This new spin on Roseanne debuted to massive numbers (more than 18 million live viewers!) in late March, and Barr’s status as perhaps the most famous Trump supporter in Hollywood ignited a long series of arguments revolving around whether the fictional Roseanne’s similar Trump support, much milder in fashion than the real Roseanne’s Trump support, was an irresponsible gloss meant to cover up Barr’s tweeting of conspiracy theories.

But the ratings were great. The show was, by some metrics, the number one show on TV in the 2017-’18 TV season, and ABC was a network in desperate need of a hit. Despite the presence of much-in-demand actors like Laurie Metcalf, John Goodman, and Sara Gilbert in the ensemble cast, who might have balked at returning for another season but evidently didn’t, Roseanne was renewed for a second season. Everything was going perfectly.

And then Barr tweeted something racist, comparing Valerie Jarrett, a former Obama aide and a black woman, to a monkey. She seemed contrite at first, then offered a variety of excuses — including that Ambien had made her do it and that she didn’t know Jarrett was black — but the damage was done.

After a matter of hours, many people associated with the show had spoken out, Barr was fired, Roseanne was canceled, and network television had seen its most unlikely series end in decades. (It’s worth noting here that ABC president Channing Dungey is a black woman herself.)

Yet over the weeks following the end of Roseanne, those involved in the show kept wistfully saying things along the lines of, “Boy, wouldn’t it be great if there could be some sort of spinoff?” This hinted that talks were already in progress to create just such a spinoff, and eventually, The Conners — about the Conner family sans its matriarch — was born.

I liked new Roseanne a fair amount, but it eventually stomped all over at least some of its promise, as Vulture’s Kathryn VanArendonk pointed out in a review of the finale (which ended, somewhat improbably, with the Conners being saved from a massive flood by a Trump-ordered deployment of FEMA). Like the original series, the 2018 iteration of the show still contained moments of stark desperation, of caustic humor directed at the dire financial straits the characters found themselves in. But it never quite worked its way up to calling out the star on her bullshit, either in reality or on the show itself. It always felt like a half-measure of a show, even in its very best installments.

I’m not sure The Conners — of which I’ve seen two episodes — is the full measure, but it’s at least three-quarters of a measure. Without Barr sucking up all of the oxygen in the show (and its marketing), The Conners is better able to realize much of what the new Roseanne was aiming for: to tell stories about how lower-class white Americans find themselves drifting further and further from whatever American dream they thought might be theirs.

Suffice to say, a lot of the show’s success in this regard is linked to how it chooses to write out the character who once gave the series its name. I’m unable to tell you just how Roseanne leaves the franchise, but the choice The Conners makes gives its terrific cast (especially Goodman, Gilbert, Metcalf, and Lecy Goranson) some stellar material to play. And that choice similarly zeroes in on what the show was at least trying to say back in its incarnation as the most recent (and ultimately final) season of Roseanne.

For one thing, The Conners doesn’t try to force political or social issues into episodes with the frequency that Roseanne did in the spring. Yes, those issues are still present, because they inform the tapestry of the Conners’ lives. But the show’s conflicts are often more rooted in just how far behind the family is on its bills, or in a character’s drinking problem, or in a growing divide between ex-spouses, rather than whatever’s in the headlines.

They aren’t timely issues, because they’ve existed as long as humanity has. But by placing them in the context of this family, at this particular point in time, they take on the feeling of timeliness, while allowing The Conners to divorce itself from lots of fights over Trump.

The two episodes I screened also made me laugh quite a bit. None of the jokes are going to be all-timers — okay, maybe one line about Pierce Brosnan will make it into the time capsule (it’s in the second episode that was screened for critics, which looks to be the fourth to air) — but the characters have a warm and funny way about them that the original Roseanne had in spades and the new version too often replaced with mean-spirited insults and the like. While the characters still tease and insult each other incessantly, there’s more warmth to it.

Plus, not having Roseanne around has given The Conners a stronger spine, while also giving much of the supporting cast more to do. Metcalf and Goranson are the chief beneficiaries, both receiving plenty of great moments throughout the two episodes screened, but Roseanne’s absence also allows Goodman and Gilbert to move to the show’s center as a man learning to rethink his entire life and a woman who aimed to leave her past behind but ended up trapped in the life she was trying to escape.

The Conners isn’t afraid to push for big, emotional moments, and its more dramatic sequences are often stronger than the jokes. If you have any affection for these characters, I can’t imagine you won’t be moved by what they go through.

But that gets at the very question now driving this franchise — how much of the success of new Roseanne stemmed from it being a solid, sturdy version of a big, hit show from TV’s past, and how much of it stemmed from the star becoming Hollywood’s stalking horse for an unpopular president that, nevertheless, has a deeply committed fan base?

Did the people who watched Roseanne in 2018 really want a thoughtful show that tackled the social and political issues of the day via beloved TV characters, or did they just want a TV star who was angry, because they, too, felt angry?

The fact that there are plenty of great TV comedies tackling social and political issues without nearly the viewership of Roseanne doesn’t bode especially well for the former option. But for the sake of The Conners earning the chance to further sharpen its voice, I hope it’s the latter.

The Conners debuts tonight on ABC at 8 pm Eastern.

Canada passes legislation legalizing marijuana, sales expected within 12 weeks
Vox’s audience support program, explained
Elif Batuman on why you should never be embarrassed about anything
The surprising strategy behind the Gates Foundation’s success
Portland, polarization, and the crisis of the Republican Party
The contemporary battle over “religious liberty,” explained