How to watch the House’s historic impeachment vote 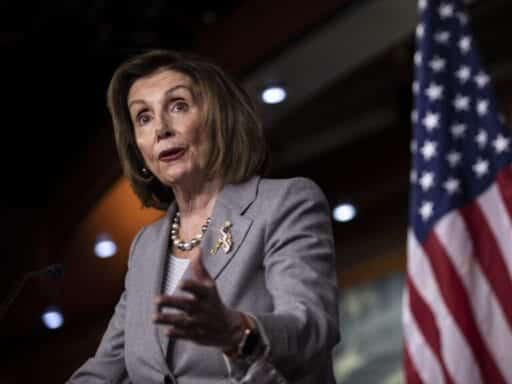 Impeachment has arrived. Here’s where to find it, and when it’s happening.

Impeachment is here, and the House of Representatives is about to vote on it.

It’s been a months-long road getting here — in fact, a faster process than some Democrats would have liked — but on Wednesday, the House will debate and likely vote on a pair of articles of impeachment brought against President Donald Trump. The articles accuse the president of abusing his power and obstructing Congress. Both are tied to the Ukraine scandal and Trump’s urging of the Ukrainian president to investigate his political rival, former Vice President Joe Biden, and his son, Hunter.

The House will convene at 9 am to begin debate on Wednesday, December 18. Vox will stream it live on this page and on Facebook, and you can also watch it on C-SPAN.

The vote won’t take place right away — leaders and members will debate and speak on the floor. That could take a long time, meaning the vote may happen late in the day on Wednesday or even on Thursday.

A brief breakdown of how we got here

The Judiciary Committee approved a resolution to formally launch an impeachment inquiry on September 12, and on September 24, House Speaker Nancy Pelosi announced the House would officially move forward with the inquiry. The catalyst was a whistleblower complaint filed against the president about his communications with the Ukrainian president.

The House Intelligence Committee then undertook an investigation into the matter, including public testimony from multiple witnesses, and put forth an impeachment report on December 3. Judiciary then conducted hearings of its own, drew up articles of impeachment, and released a lengthy report on Trump’s impeachment.

Beyond the argument for the two articles of impeachment, the report also laid out other allegations against the president, including that he committed bribery and wire fraud. As Vox’s Andrew Prokop explained, it’s a way for Democrats who wanted the scope of the impeachment articles to be broader to still make an expanded case:

It may seem odd to relegate these accusations of presidential lawbreaking to a relatively brief section, more than 100 pages into a 169-page report. But they may have done so because they don’t want to leave the misimpression that criminal conduct by Trump must be proven to justify a vote for impeachment.

In the end, the report lets Democrats have it both ways. They may have dropped the contested “bribery” language from their actual articles of impeachment on which members will vote. But they’re now also arguing that Trump’s not off the hook for bribery, either.

“Taken together, the articles charge that President Trump has placed his personal, political interests above our national security, our free and fair elections, and our system of checks and balances,” the report reads. “He has engaged in a pattern of misconduct that will continue if left unchecked. Accordingly, President Trump should be removed from office.”

The articles are widely expected to pass the House vote along largely party lines. There are likely to be some Democratic defections, though Vox’s Ella Nilsen and Li Zhou report it shouldn’t be many. It’s unlikely any Republicans will cross the aisle and vote in favor of impeachment.

After the House vote, impeachment goes to a trial in the Republican-controlled Senate, where the president is all but sure to be acquitted, given the state of partisan affairs.

A woman has made a new sexual misconduct allegation against Trump
Nevada promises its caucuses will go better than Iowa’s
3 California counties are defying state orders on reopening businesses
The radical Texas lawsuit seeking to disenfranchise 127,000 voters, explained
Healthcare.gov glitches almost ruined the end of open enrollment. Is there a better way?
Why you shouldn’t obsess about “overpopulation”