ICE’s planned deportation raids in 10 big cities: what we know 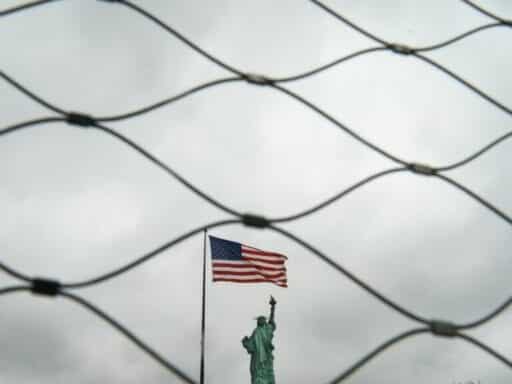 Raids will reportedly target people in up to 2,000 families who have received removal orders.

Four days after President Donald Trump announced that “ICE will begin the process of removing the millions of illegal aliens who have illicitly found their way into the United States,” news broke Friday that raids in a number of large cities will happen as soon as this weekend.

The Washington Post reported that ICE will conduct “predawn raids” on Sunday as part of a “family op” targeting up to 2,000 families with members who have received deportation orders — a number much smaller than what Trump called for in his announcement, but one that is large in scope for ICE and not without risk to communities where immigrants live and places where they work.

In an interview with ABC, Immigration and Customs Enforcement Acting Director Mark Morgan said the raids are about maintaining the “rule of law.” And though a ramped-up enforcement effort had been in the works, Trump’s decision to publicly telegraph a major law enforcement operation was an unusual one for a president to make. Coming as it did the evening before his 2020 reelection kickoff, his announcement appeared to be motivated by politics more than necessity. And as I detailed on Tuesday, ICE was blindsided by his tweet.

The Post reports that law enforcement officials felt comfortable talking to the publication on background about the raids because of Trump’s tweet, and expressed concerns both about Trump’s motivations and the raids themselves:

Some within DHS and ICE say the president appears to be using the operation for political purposes as he begins his reelection bid. Law enforcement officials worry that by publicly discussing the plan, Trump has undermined the chances of capturing those on the target list, as it likely pushed migrants with deportation orders underground.

ICE hasn’t revealed much about the operational logistics of the forthcoming raids, but here’s some of what we do and don’t know about them.

Families targeted for deportation have received final orders of deportation, but haven’t necessarily been accused of crimes beyond that

CNN reports that raids will occur in 10 large cities that are “immigration court locations”: Atlanta, Baltimore, Chicago, Denver, Houston, Los Angeles, Miami, New Orleans, New York, and San Francisco, and are intended to detain people from up to 2,000 families.

Morgan told reporters earlier this month that ICE would be targeting “individuals who have gone through due process and who have received final orders of deportation.”

Last year, the Trump administration developed an expedited legal process for migrant families, which, according to the Post, fast-tracked “the cases of thousands of families in major cities, obtaining ‘in absentia’ deportation orders for thousands of families that did not show up for their court hearings.”

But just because one or more members of a family have deportation orders doesn’t mean they are the hardened criminals that Trump often portrays them as being. (In a departure from Obama administration policy, Trump hasn’t made distinctions between undocumented immigrants who have criminal records and those that don’t.)

After news of the raids broke, and ACLU and RAICES — or the Refugee and Immigrant Center for Education and Legal Services — posted tweets aimed at educating immigrants about their rights if they or someone they know is swept up in one of the raids.

ICE Raids are expected to start on Sunday in:

If you are in any of these cities, please share this info #ProtectEachOther #Protejamonos pic.twitter.com/Cqa777nnxq

The ICE warrant on the left does NOT authorize agents to enter a home without permission.

These raids have been controversial even within the Trump administration, in part because they’re risky

The Washington Post reported last month that former Homeland Security Secretary Kirstjen Nielsen and former ICE Acting Director Ronald Vitiello were ousted from the administration in April in part because they were concerned that raids like the ones ICE is now planning to go forward with would be “bad policy and that the proposal was less than half-baked.”

Indeed, there are indications that the raids will be somewhat indiscriminate, in part because of intelligence shortcomings. From the Post:

ICE agents have limited intelligence on the locations of the families with court-ordered deportations beyond their last known addresses. But White House and ICE officials believe agents will be able to make many “collateral arrests” by finding foreigners living in the country illegally at or near the target locations.

The publicity Trump has given to the operations will likely cause some undocumented immigrants who have received deportation orders and are living in affected cities to go underground. But ICE believes agents will be able to arrest others who weren’t necessarily targets, but are happened upon during the process of carrying them out.

Acting DHS Secretary Kevin McAleenan has also reportedly pushed back on the large-scale “family op,” advocating a much more limited plan that would target approximately 150 families, per the Post.

The government is again asking Apple to unlock iPhones. Here’s why you should care.
Stanley Tucci’s bookshelf is too messy, says celebrity book curator Thatcher Wine
How caucus critics could dethrone Iowa
The Dow Jones falls to where it was when Trump took office
FBI arrests leader of private militia accused of detaining migrants on US border
The United States has filed the official paperwork to withdraw from the Paris Climate Agreement