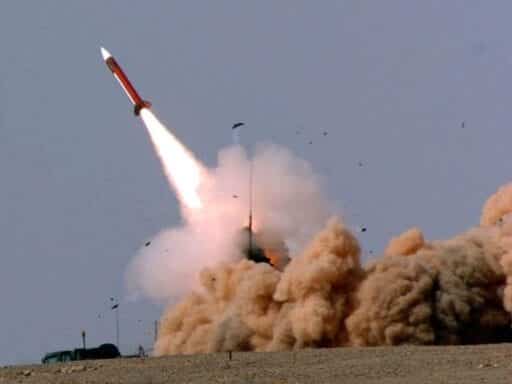 It probably won’t lead to war, but the situation keeps escalating.

Israel just shot down a Syrian fighter jet that the Israeli military says entered the country’s airspace on Tuesday — a move that could significantly increase tensions in the region and potentially lead to a wider confrontation.

Israeli forces said the Syrian aircraft flew about 1.2 miles into its airspace. That prompted Israel to respond by sending two surface-to-air missiles to intercept the plane, marking this as the first time since 2014 that Israel brought down a Syrian warplane.

The jet crashed on the Syrian side of the Golan Heights — a disputed piece of territory between Israel and Syria — but it’s unclear if the pilot survived or sustained any injuries.

Before the flight, Israel observed increased activity on Syria’s side of the border, including a lot of movement from the Syrian Air Force. That put Israel on alert, and its military observed the Syrian plane throughout its flight.

Syria disputes Israel’s account. Damascus says its jet flew as part of a mission against “terrorist” groups in Syria. Forces loyal to Syrian President Bashar al-Assad currently fight an ISIS-affiliated group in southern Syria, close to the border with Israel.

”The Israeli enemy targeted one of our warplanes while conducting air raids against these groups in the area of Saida on the outskirts of Wadi al-Yarmouk in the Syrian airspace,” read a banner on Syrian state TV.

The question now is if the plane’s downing will further inflame tensions. If the recent past is any guide, shooting down the plane may prove a flashpoint but won’t grow into anything more serious — at least that’s the hope.

Israel has been very engaged in Syria

Last September, Israeli jets attacked a Syrian military installation near the city of Masyaf that allegedly produces chemical weapons and advanced missiles. The Syrian army said two soldiers died, while the Syrian Observatory for Human Rights, the UK-based monitoring organization that supports anti-government forces in the civil war, claims there were at least seven casualties.

In February, Israel sent eight fighter jets to strike the area in Syria where Iran had launched a drone that entered into Israeli airspace. Syria didn’t take kindly to that, and it launched anti-aircraft missiles into the sky; an Israeli official confirmed that the munitions hit one of Israel’s F-16s.

It was the first time in years, perhaps since the 1980s, that enemy weaponry brought down an Israeli jet.

But despite all of that, a wider Israel-Syria fight didn’t break out. Israel instead is focused more on Iran’s movements in Syria, where it aims to build up its military presence and ties with Hezbollah, the Tehran-backed Shia militia group. In April, Israel bombed a Syrian base, killing seven Iranian military personnel.

So it’s worth taking a breath and not worrying too much about the still unlikely possibility of a war. The problem, though, is that the situation only continues to escalate.

Joe Biden’s big FDA decision
The #FallingStars challenge highlights extreme wealth — and extreme inequality
The 2020 vice presidential debate
Colorado is fighting its largest wildfire in history
A staggering 1 billion animals are now estimated dead in Australia’s fires
Community was one of the most inventive shows in TV history. Don’t let it be forgotten.