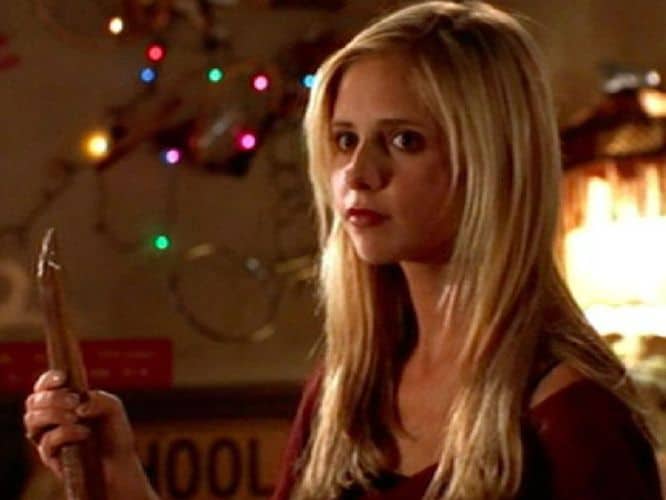 The new Buffy showrunner says she won’t try to “replace” the original Buffy.

That planned Buffy revival may not be exactly what it seemed when it was originally reported.

Last week, the Hollywood Reporter revealed that Joss Whedon, creator of the original Buffy the Vampire Slayer, would be working with TV writer Monica Owusu-Breen on a rebooted Buffy. While THR was fuzzy on the details about what the new show would look like, it was clear on one thing: This show would be a reboot of the original, which is to say a do-over. (For clarity, a reboot resets the timeline of an existing story, while a revival continues it. Gilmore Girls: A Year in the Life is a revival; Spiderman: Homecoming is a reboot.) And the reboot would center on the iconic character of Buffy — only in this new version, Buffy would be played by a black woman.

For many Buffy fans, the news came as a mixed joy. The Buffyverse is rich and expansive and filled with untold stories, so why not focus on those instead of redoing the part of the story that’s already been told? The series finale left plenty of room to focus on stories of a new Slayer, so why not move in that direction? Why retell the story of a character whose story has already been told so well and so definitively? Why racebend Buffy instead of giving black women their own tailor-made character?

But now, Owusu-Breen has stepped forward to suggest that the original reporting on this revival may have missed a few things. In a lengthy note posted to Twitter, she writes, “There is only one Buffy. One Xander, one Willow, Giles, Cordelia, Oz, Tara, Kennedy, Faith, Spike, Angel … They can’t be replaced.”

Instead, she concludes, “It could be time to meet a new Slayer … And that’s all I can say.”

Owusu-Breen’s statement is purposefully vague, but it does seem to suggest that she’s not interested in recreating Buffy. Instead, she’s going to play in the universe with a new character and give the expansive Buffyverse the story of a new, presumably black, Slayer.

It’s a move that’s fully in the spirit of the Buffy series finale, one that allows for new stories in a beloved fictional universe without retreading old material. That’s enough to get Buffy fans joyfully humming, “Grr! Argh!”

The biggest lie tech people tell themselves — and the rest of us
Fox News’s post-Trump identity crisis, explained by an expert
Biden’s new Covid-19 vaccination goal won’t get the US to herd immunity before the fall
Calling the cops on someone with mental illness can go terribly wrong. Here’s a better idea.
The pandemic is fueling the private tutoring industry
FEMA’s testing a new “presidential alerts” system that sends messages to your phone