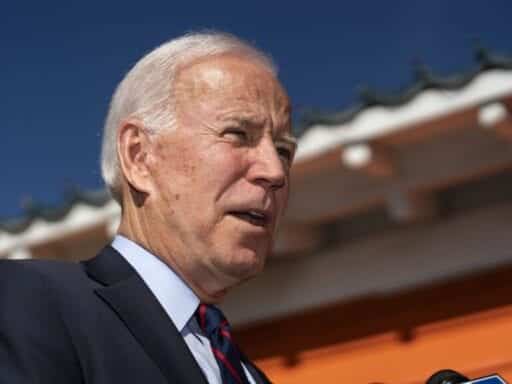 “I am just not going to pretend that there is any legal basis for Republican subpoenas for my testimony in the impeachment trial,” Biden said.

Former Vice President Joe Biden said in an interview on Friday that if he were subpoenaed to testify in President Donald Trump’s upcoming Senate impeachment trial, he would defy the order.

His comments, made to the Des Moines Register’s editorial board, marked the second time this month that he’s said that he’d ignore a congressional order. Both times he said he’d do so because he believes his testimony would serve as a distraction from the purpose of the trial.

“You guys, instead of focusing on him, you’re going to cover for three weeks anything I said. And he’s going to get away,” Biden told the Register.

Republicans have indicated that they plan to defend the president at the trial by redirecting focus on Biden, by pushing unfounded claims about the vice president’s son Hunter Biden, and by promoting conspiracy theories about Ukraine meddling in the US’ 2016 election.

“Look, the grounds for them to call me would be overwhelmingly specious. But so I don’t anticipate that happening anyway. But what it would do — if I went, let’s say I voluntarily, just said let me go make my case, what are you going to cover?” Biden said in the interview.

Biden went on to argue that a subpoena would be “designed to deal with Trump doing what he’s done his whole life — trying to take the focus off him.”

Saturday, Biden clarified his comments on Twitter, explaining why he believes his flouting a congressional subpoena would be different from the obstruction the president was charged with in his articles of impeachment — a charge brought for blocking testimony and ignoring House subpoenas.

“I have always complied with a lawful order and in my eight years as VP, my office — unlike Donald Trump and Mike Pence — cooperated with legitimate congressional oversight requests,” Biden wrote. “But I am just not going to pretend that there is any legal basis for Republican subpoenas for my testimony in the impeachment trial. … This impeachment is about Trump’s conduct, not mine.”

Even if Biden isn’t subpoenaed, he’ll have to face GOP attacks during the Senate trial

At the moment, subpoenaing Biden doesn’t appear especially likely during the Senate trial, which is expected to take place in January. While some Republicans — like Sen. Ted Cruz — have argued witnesses like Biden should be called if Trump wants them to be, Republican leaders have generally indicated that they’re not interested in calling witnesses, and that their strategy is to move speedily toward a vote on acquittal.

However, that strategy could be subject to change. The question of witnesses has not yet been settled, and Senate Majority Leader Mitch McConnell signaled some willingness to entertain the idea during a Fox News appearance last week, in which he said, “We haven’t ruled out witnesses.”

Democrats would like to call at least four witnesses, all of whom were called before the House during the impeachment inquiry and refused to testify.

Should Biden be subpoenaed, he would not be the first Trump impeachment witness to ignore such a document. Former deputy national security adviser Charles Kupperman filed a lawsuit asking a judge to rule whether he needed to submit to a House subpoena in October. And in a Mueller report-related case, the question of former White House counsel Don McGahn’s refusal to testify is working its way through the judicial system.

Democrats have complained about the hesitation current and former Trump administration officials have shown in testifying before Congress, and Republicans would likely do the same should Biden be summoned and refuse to show. As Vox’s Ella Nilsen has explained, Congress has a two methods by which it may try to enforce a subpoena: fines and jail time. The House did not use either to compel testimony in its impeachment inquiry, but should Republicans call witnesses in the Senate, lawmakers in the upper chamber may not show similar restraint.

Overall, questions over whether Biden might be called — and his response to these questions — underscore a unique vulnerability Biden has to attacks from Trump and the GOP in his bid for the White House.

Right-wing claims that back during the Obama years Biden attempted to protect his son’s lucrative board position at the Ukrainian natural gas company Burisma by pushing for the firing of a Ukrainian prosecutor are not backed by evidence. But that fact has not stopped the president and his allies from continuously claiming Biden misused the power of his office, forcing him to defend himself time and again, and — as Biden himself suggested — moving the focus of Trump’s impeachment away from the president and onto the former vice president.

These attacks are not likely to stop, meaning whether Biden is subpoenaed or not, he will feature heavily in the Senate trial. And should he win the Democratic presidential nomination, they are sure to intensify.

Pete Buttigieg is raising money from Silicon Valley’s billionaires — even as Elizabeth Warren attack...
Trump turns once and for all against Republicans who won’t help him steal the election
Kamala Harris’s climate plan would take polluters to court
What would Trump actually want to do on health care in a second term?
Kavanaugh’s nomination just moved one step closer to a floor vote
The Fed’s $1.5 trillion loan injection, explained