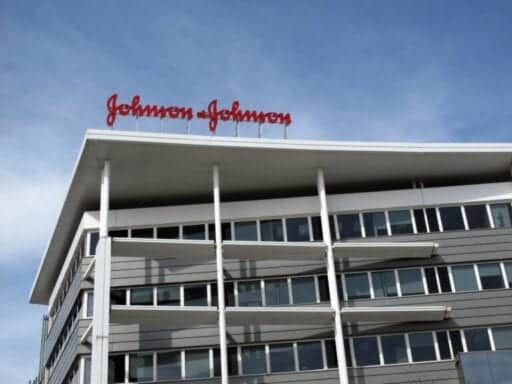 The judge’s decision is the first of its kind.

A judge on Monday concluded that Johnson & Johnson, a major pharmaceutical company, has fueled Oklahoma’s opioid epidemic — and ordered the company to pay more than $570 million to help address the crisis.

The decision, from Cleveland County District Judge Thad Balkman, is the first time that a trial court has held a drugmaker accountable for the nation’s opioid epidemic, which has contributed to the more than 700,000 drug overdose deaths in the US since 1999.

It also comes at a big cost for Johnson & Johnson. By contrast, Purdue Pharma, the maker of OxyContin, agreed to pay $270 million in a settlement with Oklahoma earlier this year. The state sued several pharmaceutical companies, but Johnson & Johnson resisted settling and took the case to court.

Johnson & Johnson sells opioid products, which experts say helped fuel particularly the first wave of the opioid crisis starting in the late 1990s. The state argued that Johnson & Johnson marketed the products irresponsibly, even as the proliferation of opioid painkillers led to an increase in drug misuse, addiction, and overdoses.

The money is expected to help fund addiction treatment and other services linked to the opioid crisis.

Oklahoma is not the only state pursuing legal action; other states are also suing opioid makers and distributors. And a separate collection of about 2,000 lawsuits, largely from various levels of government, has been consolidated by a federal judge in Cleveland in an attempt to reach a landmark legal resolution to the opioid epidemic.

It’s unclear what the implication of Monday’s ruling will be for all the lawsuits, but critics of opioid companies cheered the decision. “Today’s monumental decision in Oklahoma is a critical step in setting a precedent for the largest public health crisis facing our country, bringing justice to the lives lost, and reversing the course of the addiction crisis for future generations,” Gary Mendell, founder and CEO of the advocacy group Shatterproof, said in a statement.

The hope is to not just hold Johnson & Johnson, Purdue, and others allegedly involved in the opioid epidemic accountable for the crisis, but also force them to pay for addiction treatment that could help combat the epidemic. Treatment is notoriously underfunded in the US, with experts in recent years calling on the federal government to invest tens of billions of dollars in building up treatment infrastructure. (For reference, a 2017 study from the White House Council of Economic Advisers linked a year of the opioid crisis to $500 billion in economic losses.)

Now, at least one court is forcing a drug company to pay up.

A second wave of drug overdoses took off in the 2000s when heroin flooded the illicit market, as drug dealers and traffickers took advantage of a new population of people who used opioids but had either lost access to painkillers or simply sought a better, cheaper high. And in recent years, the US has seen a third wave, as illicit fentanyls offer an even more potent, cheaper — and deadlier — alternative to heroin.

It’s the first wave that really kicked off the opioid crisis — and where opioid makers and distributors come in.

Manufacturers of the drugs misleadingly marketed opioid painkillers as safe and effective, with multiple studies tying the marketing and proliferation of opioids to misuse, addiction, and overdoses. Opioid makers like Johnson & Johnson, Purdue, Endo, Teva, and Insys are all accused of playing a role here.

As a group of public health experts explained in the Annual Review of Public Health, the companies exaggerated the benefits and safety of their products, supported advocacy groups and “education” campaigns that encouraged widespread use of opioids, and lobbied lawmakers to loosen access to the drugs.

It’s not just that the opioids were deadly; they also weren’t anywhere near as effective for chronic non-cancer pain as the companies claimed. There’s only very weak scientific evidence that opioid painkillers can effectively treat long-term chronic pain as patients grow tolerant of opioids’ effects — but there’s plenty of evidence that prolonged use can result in very bad complications, including a higher risk of addiction, overdose, and death. In short, the risks and downsides outweigh the benefits for most chronic pain patients.

Yet even as these risks became apparent over the years, drug companies continued marketing the opioids widely. So different levels of government are now trying to hold the companies responsible — and the victory in Oklahoma shows the strategy really may work.