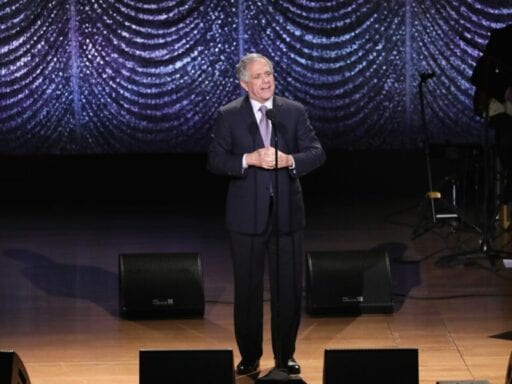 It’s been six weeks since the New Yorker’s Ronan Farrow published the first allegations against the executive.

CBS chairman and CEO Les Moonves is reportedly about to step down from his post after six additional women accused him of sexual misconduct.

The New Yorker’s Ronan Farrow, who first reported the allegations against Moonves in July, on Sunday published a report outlining allegations from multiple other women who say the executive sexually harassed or abused them over the span of 30 years. Some claim Moonves forced them to perform oral sex on them, exposed himself to them, or threatened him with violence. They also say Moonves retaliated against them professionally when they rebuffed his advances.

Moonves in a statement to the New Yorker acknowledged three of the encounters but said they were consensual. He also denied using his position to hinder the advancement of women.

That hasn’t saved his job, however. Twenty-three years after he first joined CBS, Moonves will step down from the network as part of a wide-ranging corporate settlement, Brian Stelter at CNN reported on Sunday. The deal, to be announced by Monday, is also intended to resolve litigation between Moonves and Shari Redstone, the controlling shareholder of both CBS and Viacom, who has been engaged in a back-and-forth with Moonves for months. Redstone wants to merge the companies, and Moonves has resisted for months.

Since the allegations against Moonves were first published in July, the network’s reaction has been closely watched. The company said it would take the allegations and its investigation into them seriously, but until now, no public action had been taken. Moonves led CBS’s quarterly earnings call as usual in August, and CBS had reportedly offered him $100 million to leave.

Stelter reports that Moonves does, indeed, stand to get that amount when he exits, though CBS could attempt to “claw back” some of that compensation, depending on the outcome of its investigation. He will join the growing list of powerful men who have been forced out of their jobs amid the #MeToo movement and allegations of misconduct and abuse, a list that also includes fellow media magnates Matt Lauer, Charlie Rose, and Harvey Weinstein.

The latest allegations against Moonves are bad

In July, Farrow reported sexual harassment allegations against Moonves from at least six women who said the executive groped or forcibly kissed them, often during what they thought were professional meetings, and allegations from dozens of others describing a toxic culture at CBS. One former female employee described the CBS News environment as a “frat house.”

On Sunday, Farrow reported the accounts of six additional women about their experiences with Moonves. One woman, Jessica Pallingston, described an experience working as an assistant for Moonves in 1994 when he compelled her to perform oral sex on him:

Moonves, she said, then kissed her, shoving his tongue down her throat “like he was trying to reach my stomach.” Then “he said, ‘I want you to suck my cock.’ ” She recalled mumbling “O.K.,” and Moonves grabbing her head and forcing it onto his penis. “He kept his clothes on. He had Calvin Klein underpants. He pushed my head down, hard,” she said. “It was very violent, very aggressive. There was real hostility in it.” Eventually, she said, he told her to lie down on the couch. “I was really scared and nervous,” she said. “I started getting a panic attack.” She tried to leave the room, and he told her to sit down.

Veteran television executive Phyllis Golden-Gottlieb, now in her 80s, last year filed a complaint with the Los Angeles Police Department accusing Moonves of forcing her to perform oral sex and acting violently toward her in the 1980s. The department found the allegations credible, but the statute of limitations had lapsed:

Moonves, she recalled, came into her office in the middle of a workday and suggested the two of them go out for lunch. Instead of taking her to a nearby restaurant, she said, Moonves drove her to a secluded area. When Golden-Gottlieb began to ask if he was having trouble finding a parking space, she said that Moonves “grabbed my head and he took it all the way down onto his penis, and pushed his penis into my mouth.” She said he held her head in place forcibly. “He came very quickly,” she recalled. “You sort of just go numb. You don’t know what to do.”

Women who worked as massage therapists at the Four Seasons Hotel in Washington, DC in the late 1990s and early 2000s often complained about Moonves’ sexual misconduct, Farrow reported. And the women who worked with and for Moonves often had similarities in their stories: Multiple women said he offered them wine, he asked about their personal lives and encouraged massages, and he retaliated when they turned him down.

Deborah Green, a freelance makeup artist, says she no longer got jobs with CBS’s print and publicity department after she turned Moonves down. (She continued to get work on its shows.) Deborah Morris, a former junior executive, said that after refusing Moonves’ advances, he stopped speaking with her and it was “pretty much the end of my career.”

The women who came forward said that they were motivated, in part, by reports of Moonves’ $100 million exit package, Farrow said in an appearance on CNN’s Reliable Sources on Sunday. “Many of the women found that very, very frustrating,” he said. “They felt this was a board that has let a powerful man who makes a lot of money for this company, in the words of one person, ‘get away with it.’”

Searching for aliens isn’t bizarre. What’s bizarre is that we haven’t found them.
Mitch McConnell: if Republicans do well in the midterms, we’ll try to repeal Obamacare
The billionaire founder of Netflix is giving $120 million to black colleges
5 performances that show why Fred Willard was hilarious, groundbreaking, and beloved
Sudan just took a step backward on its path to democracy
Most Democratic voters still haven’t settled on a candidate