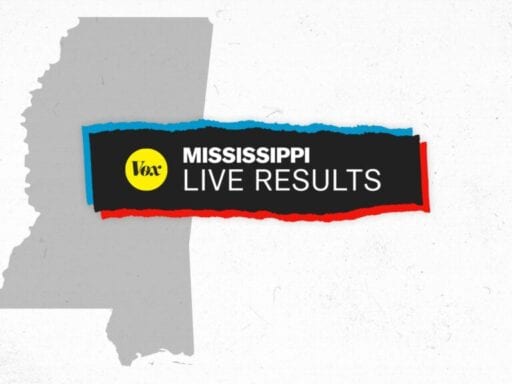 Mississippi voted for its next governor. Vox has live results.

Tuesday’s election could lead to a power shift in the state, giving the state its first Democratic governor in 16 years. Republicans have won the governor’s seat in commanding victories in recent elections, but this time experts and pollsters believe Hood — who led in the polls until recently — could win. Strong turnout is also expected for Reeves, whose campaign has received a boost in recent weeks by visits from President Donald Trump, his son Donald Trump Jr., and Vice President Mike Pence.

“This one has a unique feel to it,” Stennis Institute of Government’s Dallas Breen told Vox.

Polls close at 8 pm ET. Live results, provided in partnership with Decision Desk HQ, are below:

One thing standing in the way of a Hood victory — beyond a strong Republican base energized by presidential stump speeches — is a Jim Crow-era constitution. Written to dilute the electoral power of Mississippi’s black residents, it mandates all candidates for statewide office must win both the popular vote and the majority of Mississippi’s 122 House of Representatives districts.

If no candidate clears both hurdles, the House decides the winner of the election.

Right now, the House has a Republican majority. It is expected to have the same following Tuesday’s election. That doesn’t necessarily mean the House would automatically declare Reeves the winner should it fall to it to decide the race, however. According to Breen, most lawmakers have pledged to vote as their districts did should the race need to be decided by the House.

Winning the majority of the districts could be difficult for Hood, however. Only 44 are currently Democratic — he would need to pick up 18 more to win a majority.

The fate of a Mississippi Medicaid expansion is at stake

Hood and Reeves agree on many social issues. Hood holds many policy views typically associated with Republicans — he makes his faith known, talks about his guns, identifies as anti-abortion, and as attorney general has defended his state’s ban on adoption by members of the LGBTQ community.

But the men differ on economic policy — with Reeves advocating for tax cuts that help businesses and Hood for cuts that affect consumers. Their approach to spending influences their approaches to health care as well. When it comes to expanding Medicaid, Reeves casts the idea as a risky, expensive handout; Hood views it as accepting free federal money that will improve quality of life and revitalize struggling rural hospitals.

In June, Reeves told the Clarion Ledger, “I don’t believe the expansion is nearly as good a financial deal as some would make it out to be.”

He added, “I’m opposed to it on philosophical grounds. I do not think it’s good public policy to put 300,000 more Mississippians on government health care.” And he has summed up his position on Medicaid and similar programs as “Mississippians believe the way to a better future is not through handouts or bailouts but through hard work and more freedom.”

On his campaign site, Hood claims, “In Mississippi, around 300,000 adults would benefit from reforming Medicaid—nearly 100,000 of those individuals live in poverty without health insurance.”

And he argues expanding Medicaid would have a positive economic impact that goes beyond widening access to care, “You put a billion dollars in the economy, it has a huge impact,” he told the Clarion Ledger.

It is not clear that a Gov. Hood would be successful in expanding Medicaid, because the House and Senate are both controlled by Republicans. The expansion wouldn’t necessarily be a nonstarter, however: “I would think there would at least be discussion on it,” Breen told Vox. “I think you’d have a very deliberate process.”

Trump tries to sow doubt in Nevada caucuses results before they’re even out
Twitter is planning to draft a policy on “dehumanizing speech”
True Detective season 3: could a trailer full of crossing timelines signal a return to form?
Live results for California’s ballot measure on restoring affirmative action
The gun solution we’re not talking about
Republicans are bringing back a bill to protect “abortion survivors”