Manhattan is one of the best, most unheralded dramas of the 2010s 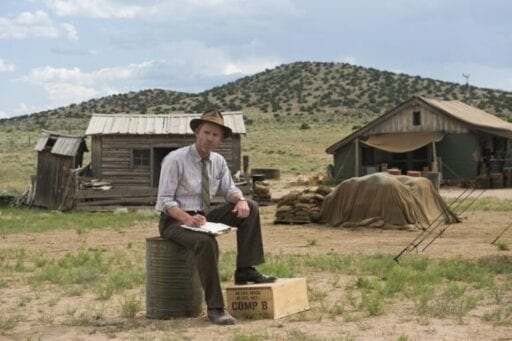 In Watch This, Vox critic at large Emily VanDerWerff tells you what she’s watching on TV — and why you should watch it too. Read the archives here. This week: the drama Manhattan, which ran on WGN America from 2014 to 2015. It is now streaming on Hulu.

For a couple of years there, the rise of Peak TV — the phenomenon wherein there are so many scripted TV shows on the air that no one person could ever possibly watch them all, or even all of the good ones — was driven mainly by cable networks, who saw how the addition of Mad Men, Breaking Bad, and The Walking Dead had elevated AMC into a must-watch network and thought, “Hey, we could do that!”

Most of these networks ultimately failed to become programming destinations. But many of the shows they made were good to great, and thanks to the long memory of streaming services, they’re still around to check out if you’re interested.

So it goes with WGN America’s 2014-’15 drama Manhattan, which has mostly been forgotten by time but doesn’t deserve to be. A period piece set in the ’40s, its two seasons tell a single, compelling story about the Manhattan Project and the construction of the first atomic bomb. That story ends in satisfying fashion in the season two finale. But the episode also teases even more intriguing stories we’ll never get to see.

And if you do sit down to watch Manhattan, I think you’ll agree it’s too bad the show didn’t have the chance to continue.

Manhattan is a small-town drama unlike any other

Manhattan was created by Sam Shaw, and its executive producer was world-class TV director Thomas Schlamme (who popularized the walk-and-talk when working with Aaron Sorkin on Sports Night and The West Wing). The two made a terrific team, with Shaw’s deep research and talent for writing snappy, period-appropriate dialogue and Schlamme’s gift for iconic imagery combining to produce a show where even the rough spots at least look gorgeous.

But it was Shaw’s idea for a small-town drama built around the construction of the first atomic bomb that really gave Manhattan its greatest strengths. The little town in the New Mexico desert where the series was set had all the hallmarks of the small-town drama, from gossiping neighbors to love connections to marriages falling apart. But it had an added dose of heightened paranoia and espionage, as parties foreign and domestic tried to keep tabs on this supposedly secret project unfolding in the middle of nowhere.

It proved to be an intoxicating blend of a whole bunch of tones. Manhattan’s first season took on the feel of an underdog sports movie, pitting two “teams” of scientists against each other to design a better bomb while situating viewers among the team least likely to succeed. The show’s second season (which ended with the very first successful nuclear test) tilted more toward a thriller, one that raced toward its conclusion, one that balanced a historical event that is very much in the public record with invented storylines that were informed by history but not dictated by it.

Shaw had obviously read everything he could find about both the Manhattan Project and the time period, but instead of anchoring the series with the most famous scientists who worked on the project (Alan Oppenheimer, for instance), he took as his primary subjects the workaday stiffs who lived in Los Alamos, namely the project’s more unheralded scientists and their families, and the would-be spies lurking among them.

It didn’t hurt that the show had a lightning-in-a-bottle kind of cast, led by stage legend John Benjamin Hickey as scientist Frank Winter (loosely based on a real person but a fictional creation) and Olivia Williams as his wife, a fellow scientist who felt stifled by essentially having to default to being a housewife in a place where her particular branch of science (botany) wasn’t all that useful.

Beyond Hickey and Williams, though, the cast boasted young actors who’ve either since broken through (like Rachel Brosnahan, who went from Manhattan to her Emmy-winning work on The Marvelous Mrs. Maisel) or who are frustratingly still just “on the verge” (like Katja Herbers, who played my favorite character on the show as the only woman physicist working on Frank’s team — she’s now on Westworld, but give her a show already, Hollywood!).

Manhattan does hang together as a fulfilling viewing experience. The final sequence at the nuclear test is riveting and neatly caps off the storylines of the series’ 23 episodes. But I talked to Shaw and Schlamme often enough to know what they had planned for future seasons (read more about that here), and I’m disappointed I never got to see them. Still, what remains of Manhattan is an ideal weekend’s watch — and a reminder of a time when TV was taking chances in more and more obscure parts of the programming grid.

Manhattan can be streamed in full on Hulu.

After six months and $1.8 billion, Quibi wants a new owner. That will be a hard sell.
Who are the black squares and cutesy illustrations really for?
Elizabeth Warren gives a full-throated endorsement for reparations at CNN town hall
Schiff closed his arguments with an emotional appeal, but GOP senators seem unmoved
Why the game of Life used to have poverty, suicide, and ruin
How to watch Trump and Biden’s dueling town halls on Thursday