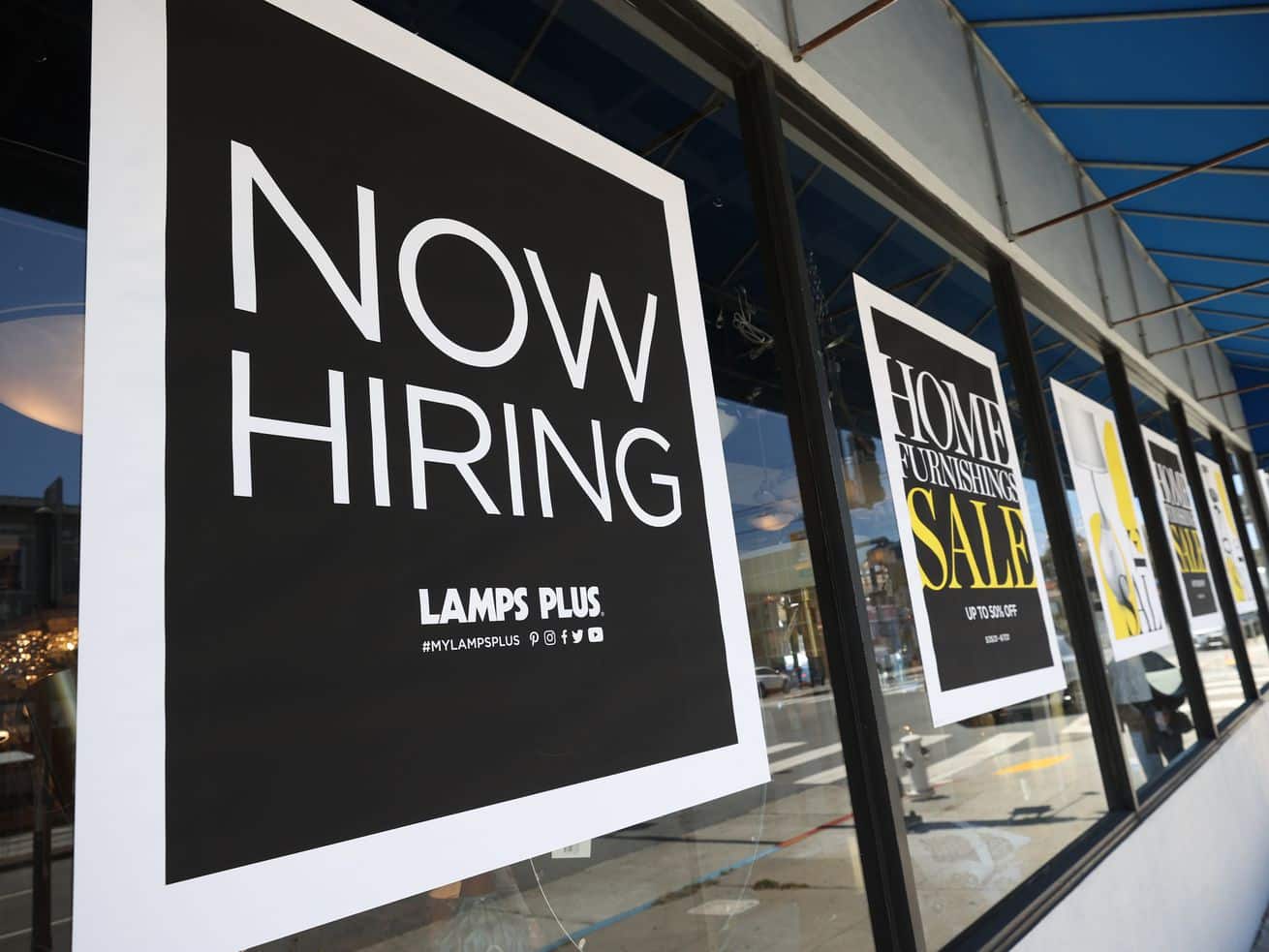 Love it or hate it, the newest jobs report means we’re going to have to wait to understand what’s happening with work.

The US economy added 559,000 jobs in May, according to the monthly report released by the Bureau of Labor Statistics on Friday. It’s a bit short of the 671,000 jobs economists expected, but the unemployment rate dropped to 5.8 percent from 6.1 percent last month. Black unemployment fell to 9.1 percent while white unemployment dipped to 5.1 percent.

The numbers this report contains both do and don’t matter. It matters in that it’s a snapshot of what is going on in the labor market during an unprecedented and uncertain economic moment that should inform policy decisions going forward. It doesn’t matter that some of the discourse around workers and the economy has become quite disconnected from any interest in what’s actually going on. Whatever the data shows, plenty of people have their talking points set anyway — and many Republican-led states are acting on them.

As highly anticipated as any jobs report can be at the start of summer, this was a big one, in large part because of the prior report. The April jobs report released at the end of last month fell well below economists’ expectations, showing just 266,000 jobs added instead of the expected 1 million. The latest report increased April’s numbers slightly.

May’s report was neither stellar nor disastrous. “This number’s OK. We wanted it to be higher,” said Austan Goolsbee, former chair of the Council of Economic Advisers under President Obama, in an appearance on CNBC Friday. He added that it’s “weird” to view adding over a half-million jobs in a single month as only modestly better, given that in normal times, such a figure would be terrific. But these aren’t normal times: The US is still digging itself out of a pandemic-size hole and is still 7 million jobs short of where it was when the virus hit.

Jobs picked up particularly in leisure and hospitality, education, and health care. Construction shed jobs for the second consecutive month. The number of people who have been out of work for over half a year fell significantly, though it’s unclear if that means those people went back to work or stopped looking for jobs. The labor force participation rate has been in about the same range since June 2020.

The path back to “normal” is going to be rocky

The word “unprecedented” gets thrown around a lot lately but for good reason: We really are in some pretty uncharted territory. The US economy is emerging from a global pandemic that cost millions of jobs and has distorted the economy in all sorts of ways. From computer chips to cars to lumber, it feels like shortages are everywhere. There’s some concern about inflation, but the answers to whether price changes are temporary or permanent, something to worry about or something to consider, are that nobody really knows. (The Federal Reserve and the White House hold that it’s temporary.)

Any single point of data says something, but it doesn’t paint a complete picture. As J.W. Mason and Mike Konczal of the progressive think tank the Roosevelt Institute wrote ahead of the May report, the numbers are “noisy,” and it’s important not to put too much weight on a single month. What’s important is to look at the trend. And what the trend shows is that in the labor market, jobs are coming back. Maybe not as fast as the most optimistic people thought they would, but they’re coming.

“The big picture over the past year is a rapid recovery of employment as pandemic-related restrictions have been lifted,” Mason and Konczal wrote. “This is very different from the last several recessions, which were followed by long ‘jobless recoveries,’ with employment continuing to fall for months or even years after economic growth resumed.”

To be sure, Friday’s numbers are unlikely to change some of the political narratives on the right and on the left around the economy. Especially given that they didn’t really signal anything strongly positive or negative. Democrats are going to keep insisting that their economic agenda needs time to work and that the economy is coming back, and they’ll continue making the case for infrastructure proposals. Republicans, meanwhile, will make their arguments, too.

Many Republicans and business groups insist that generous unemployment insurance is a major hindrance to the recovery, arguing that people are sitting out of the workforce because they’re making more money staying home and collecting the extra $300 a week in pandemic benefits put in place by Congress. Half of states, all Republican-led, have decided to shut off unemployment benefits early over the coming weeks. They all made that decision before the May jobs report, a move that even JPMorgan’s economists said was political, not economic.

The evidence suggests that extra unemployment might deter a small sliver of workers but not the vast majority. A working paper out of the Federal Reserve Bank of San Francisco estimated that if seven of 28 workers receive job offers they would normally accept in the early months of this year, just one would say no in order to hold on to the $300.

There are also policy ideas floating around regarding how to get people back to work, such as federally funded hiring bonuses and tax credits for employers, to try to speed things up. It’s also worth noting that in May leisure and hospitality — one of the hardest-hit sectors of the pandemic — added nearly 300,000 jobs, suggesting the service sector isn’t in some enormous labor supply crisis.

Hard to argue that restaurants can’t hire workers when >50% of added jobs in a single month are in leisure and hospitality. Compared to construction and manufacturing numbers, seems much more like a supply shortage than a worker shortage.

There are plenty of other factors influencing work right now: People are still nervous about the virus, parents lack access to child care, or people are waiting to see if they can get a job at their skill level. A massage therapist who shut down her business at the start of the pandemic told me she doesn’t want to work for minimum wage at McDonald’s; she wants to reopen her business.

Some are also trying to find something better. Heather Long at the Washington Post recently wrote that we might be in the midst of a “great reassessment of work in America,” a moment where people who worked low-paying, thankless jobs before the pandemic are reconsidering what they might want to do. US businesses have sort of assumed there would always be an endless pool of low-wage labor, and the economy might work differently if that’s not the case.

Friday’s numbers suggest the economy is improving, and people are headed back to work. But they also exemplify that the puzzle of the US economy is going to be a bit challenging to put back together, and we don’t know where all the pieces fit anymore.

YouTube, Facebook, and Apple’s ban on Alex Jones, explained
The best $1.50 I ever spent: a kneadable eraser
The racist and sexist double standards against Kamala Harris will only worsen
Plastic waste is everywhere in grocery stores. Can they cut down?
Ben Shapiro’s revealing explanation for Donald Trump’s rise: it’s all Obama’s fault
Sen. Lindsey Graham calls for Senate to reject impeachment trial for “national healing”