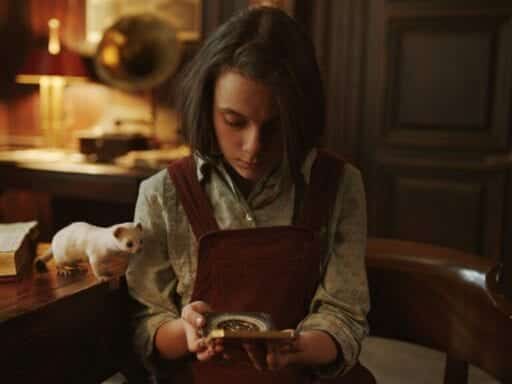 Jack Thorne explains what it’s like to adapt Harry Potter, His Dark Materials, and The Secret Garden.

Jack Thorne is the man who is adapting your childhood.

Thorne is the showrunner for HBO’s new His Dark Materials TV series, based on the Philip Pullman trilogy of the early 2000s. He was the playwright behind Harry Potter and the Cursed Child, which premiered on the West End in 2016 and on Broadway in 2018. Next spring, his version of The Secret Garden — based on the 1911 novel by Frances Hodgson Burnett, and following a much-beloved 1993 film adaptation — is scheduled to appear in movie theaters.

It’s beginning to seem as though anywhere there is a book that millennials widely fell in love with in their childhoods, Jack Thorne is out there too, adapting that beloved book for a new medium.

It’s a responsibility he approaches “with a lot of terror and a lot of excitement, both at the same time,” Thorne said over the phone. “I can’t quite believe the opportunities I’ve been given, and I really hope I live up to them.”

And that terror and excitement is mirrored in Thorne’s approach to these books. His adaptations can shine with wonder, with moments of pure magic that seem to magnify everything you loved about the original texts — but they can also find themselves bogged down with a plodding fidelity to the original, as though Thorne is terrified that he will destroy a book that an entire audience has loved for decade upon decades.

“There might be an alien sitting on a star somewhere”

In some ways, this devotion to childhood classics is an unlikely turn for Thorne, who won the first of his five BAFTAs for his work on the bleak UK TV drama This is England ’88. But he says that he’s always had a healthy respect for how important the stories we imprint on as children can be, especially when those stories are about magic. “I find fantasy so important, and I think fantasy stories for children are immensely important — the idea that this world is not a time sink, that there’s so much out there, so many possibilities out there for you, if you can only look up and see it,” Thorne tells Vox.

Thorne knows how valuable children’s fantasy stories can be, he says, because he himself fell in love with E.T. at the age of 8 or 9. “I was a weird, lonely child, and honestly, when I saw E.T., it was like I felt this palpable sense of relief,” he says. “I just felt this feeling that maybe, if this world isn’t going so well for me, there are other worlds where I might do slightly better. That if no one likes me in my school, that’s okay, because there might be an alien sitting on a star somewhere with whom I share an affinity. My son is called Elliott because of E.T. I have a tattoo saying ‘be good’ because of E.T., on my wrist.”

Feeling weird and lonely is one of the hallmarks of childhood, especially for children who like books, and it’s perhaps for this reason that almost all the projects Thorne is adapting prominently feature weird and lonely children. And Thorne’s adaptations revel in getting to first explore and then soothe their protagonists’ loneliness.

The early Harry Potter books rejoiced in their Cinderella story structure, in which poor neglected orphaned Harry finds himself transported to a magical world where he is famous and everyone loves him. Thorne’s Cursed Child pointedly reverses that structure, creating a story in which Harry’s son Albus is miserable at Harry’s beloved Hogwarts, and his father’s fame only adds to his misery — until at last he finds a true friend, one with whom he can do magic as joyfully as Harry did.

Similarly, The Secret Garden’s Mary is a pampered brat of a character, but we quickly learn that she acts out because she is isolated, and as such she has never truly earned how to behave. And so the arc of the story involves curing her of her sickliness, misery, and bad temper through the extremely English remedies of fresh air, gardening, and (of course) the magic of friendship.

Lyra, the protagonist of the His Dark Materials series, bucks the trend a bit: She’s a natural leader who makes friends everywhere she goes, and in Pullman’s books, her easy charisma shimmers off the page. But Lyra’s story, too, is motivated by a desire for friendship, particularly in the first volume of the trilogy, which sees her setting off on a quest in order to rescue her best friend Roger.

Thorne’s TV adaptation doubles down on that theme by turning Lyra into a loner, someone who’s been isolated by growing up the only girl child at a men’s college, who has no close friends outside of poor servant boy Roger. And while it’s in keeping with Thorne’s larger concerns, this kind of deviation from the source text — turning Lyra from a queen bee to a lone wolf — is unusual for Thorne, whose adaptations tend to be faithful to the point of excess.

First, “you eat the books”

In some ways, fidelity is built into Thorne’s process. Thorne says that the first thing he does when adapting a work is try to understand everything about his source text. “You eat the books,” he explains, “and then you try and regurgitate them in a way that feels right for the medium you’re writing.”

For Harry Potter, translating the books for the stage meant leaning into the tactical magic of it all. Onstage, characters shoot fire out of their wands, vanish into thin air in a swirl of their cloaks, and switch bodies with each other as the audience watches, and without any telltale wires or trap doors to show us how it’s happening. The whole show was about, Thorne says, “the possibility of the impossible happening in front of your eyes.”

But as stunning as Cursed Child’s stagecraft is, the story itself is in many ways a retread of the events of Rowling’s famous series (Albus ends up traveling through time to revisit all his dad’s greatest hits). And that dichotomy between overwhelmingly fantastic illusions and slightly derivative storytelling was reflected in the play’s reviews. While the New York Times’s Ben Brantley called the show “hypnotic” for its use of “some of the most eye-boggling illusions you’ll ever witness,” he damned the the plot with the faint praise of calling it “byzantine but only occasionally tedious.”

Translating His Dark Materials into the intimate confines of a television screen, on the other hand, has meant relying on actors to do the value-add. Thorne says that what was most exciting for him about this adaptation was “that possibility of closing in on Ruth Wilson’s face” — Wilson plays the diabolical Mrs. Coulter — “and really understanding what she’s about, of really getting under the skin of those characters.”

Ruth Wilson and her knife-blade smile truly are transcendent as Mrs. Coulter, and the whole cast is more than capable — but the rest of the TV show is mired in finding ways to recreate Pullman’s highly internal, philosophical storytelling onscreen. And mostly, it finds itself translating with only fitful successes, and rarely adding anything new.

Reviews tend to find themselves split along the same lines we saw for Cursed Child. Some critics speak highly of the element that Thorne thinks of as key to the adaptation (the cast, especially Ruth Wilson), but they also tend to think that the storytelling isn’t quite there: that it’s fine, but not great.

USA Today allowed that “it’s not that Materials is bad – it has some strong performances against a gorgeous computer-animated backdrop,” but that nonetheless, the show “tests the patience of even Pullman’s loyal fans.” Indiewire noted that Ruth Wilson was giving “one of the best performances on television,” but concluded that while the show was “good” and “worth your time,” it was not “the adaptation of the books that we deserve.” The New York Times called the show “better at rendering the text’s imagery than capturing its tone,” noting that “it all feels a little safe and sanded down, compared with the dark emotion of the books.”

Jack Thorne finds himself in an odd position. In a world of adaptations that are roundly thought to be ruined when they veer too far away from the source material, Thorne’s own adaptations seem to falter when they are too faithful. They seem to be built with a certain sense of duty, a desire to recreate all that was beloved in the original without ever quite finding a way to do so. It’s only when he truly leans into the things that he can bring to the text as an adapter — stage effects, performances, magical little things that human bodies can do and words printed on a page cannot — that his adaptations seem to truly shine.

This recurring question of what we want from our adaptations isn’t just Thorne’s problem. It’s fundamental to our current media landscape, which is filled with re-imaginations and reboots and revivals and adaptations of old and beloved stories. So if we’re going to keep returning to our childhood favorites, we have to decide if we want them retold with dutiful charm, or if we want them to break apart and change forever.

Nathan Robinson’s case for socialism
Farmers and animal rights activists are coming together to fight big factory farms
Life Itself is a disaster of a movie, caught in a web of its own privilege
What the first ladies have to say about 'zero tolerance' immigration policy
Ayanna Pressley wins Massachusetts congressional primary in a suprise upset
Elizabeth Warren wants congressional staffers to get paid more