Money Talks: She moved home to save money — and her mom never wants her to leave 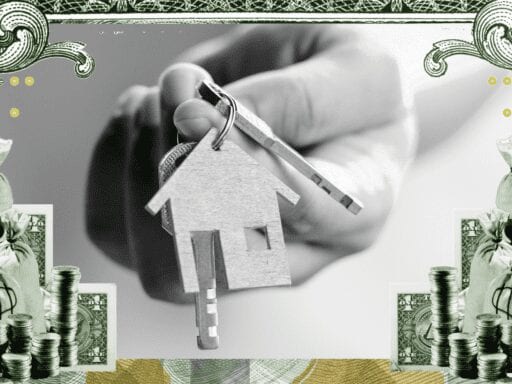 She grew up in the United States, and her mother’s an immigrant from the Philippines. Here’s how their attitudes about money differ.

Meet mother and daughter pair Bema, 65, and Berna Anat, 29, who live together as roomies in South San Francisco. Bema, an airline customer service agent, immigrated from the Philippines to the Bay Area when she was a teenager, where she met her husband and had two children, all while saving money where she could and never paying full price for, well, anything.

And even though Berna, her daughter, inherited her mom’s enthusiasm for finding a deal, she still racked up $12,000 of credit card debt and $38,000 in student loan debt after attending the University of Southern California and living in New York City to pursue magazine journalism. Thankfully, this story has a happy ending: Berna now counsels women (particularly immigrant and second-gen immigrants) on personal finance through her workshops and on her site, Hey Berna. She’s also been student-debt free since 2017.

But in order to get there, she (and her partner, Peter) had to move in with her parents and live in Berna’s childhood bedroom. Bema was overjoyed to have Berna back at home — but how would it affect their relationship and Berna’s independence? And how do you eventually cut ties with your parents after they’ve given you so much?

Bema: I told the kids when they were little, don’t be wasting money like it’s growing out of your backyard or something. They need to appreciate the value of it. So I told them a story about when I was younger, that because we were so poor, we didn’t have any kind of television. The only way I would watch TV was through my neighbor’s window. And one time when I was 9 years old, my neighbor literally closed the window in my face.

So when I got to the United States, I just thought, someday I’m going to have a TV of my own. And sure enough, when I became an adult and got married and had my kids, we had TVs all over. The only room that doesn’t have a TV is the bathroom.

Berna: Even if it were a tiny TV with weird-ass antennas sticking out, she’s like, “I don’t care, we’re putting a TV in the kitchen.” Growing up, I never thought it was strange and then she told me that story. It was an interesting money lesson for me; that we use money to reverse the things that happened to us in our childhood.

Bema: When I took my kids to the Philippines for the first time, I showed them the real Philippines. I wanted them to see that they are lucky to have what they have in America. And I wanted to show them where I came from.

Berna: I also notice when my mom goes back to the Philippines, it’s almost expected of the expats to take care of everybody. You bring big boxes of stuff. You’re basically Santa Claus. It’s really interesting! When she goes to the Philippines, she’s like, “Well we gotta bring a bunch of money, and we’re going to be taking the whole neighborhood out to the water park, so I gotta save up for that.”

Bema: For my family, it’s just our way of giving back to our community back home. We want all the people back there to know we’re not forgetting them. We know where we came from, and we know that we are blessed.

We came from a poor family, so I like to spend my money wisely. It’s always been ingrained in me. For example, I don’t like to pay full price. I love going to Goodwill! And when I go to Macy’s, I don’t go to the full-price area; I always go to the clearance. I always look for sales, where my money can go further.

Berna: She’s ruined me completely for shopping now because if a place doesn’t have a clearance rack, I’m thinking, “Why am I here? There’s no point to this.” She’s also downplaying how good she is at finding stuff on the clearance rack and at Goodwill. She’s way more fashionable than me, and she will always find the gems. I’m a very frugal shopper now because of her.

But I’ve also learned that on special occasions, you should splurge. That would be a Bema thing to do. If I had a dream prom dress in my head, she would say, “Look, how much is a dream prom dress? We’re going to make that happen.” It’s almost like we were cutting corners so that in these big moments, we could be like, “I want this dress, and I’m getting this dress.”

And for college, for example, I could have definitely chosen to go to community college or state school, but I was very adamant about going to USC, which is a private school and so expensive. But my mom said, “If this is a thing that’s truly important to you, in your heart, then let’s figure out a way to do it. Let’s not let money hold you back from the big moments. Let’s cut corners in as many other ways as possible.”

But when I was in my mid-20s, I was living in New York City, and I was the most broke I’ve ever been in my life. I was also very stubborn about not asking my family for too much support. But there were just moments where I thought, This is not adult anymore. I was earning a decent paycheck, but I thought, There must be some kind of habits that I’m not forming. So once I took on a new job and got a big-girl paycheck, I thought, now that money is going to be dripping like an IV into my bank account every other Friday, I’m going to start tracking my dollars.

Bema: When you were [in your early 20s], and you were just learning how to save money — I’m telling all of her bad secrets! — but she always would overdraft [her debit card] and get charged a fee. She knows that’s her bad habit, and it would drive me nuts! I’d be like, “Look at this. The bank is taking all this money from you, and you could have spent it on a dress or something.”

Berna: I started to journal every time I’d get a paycheck because all the apps and spreadsheets weren’t working for me. And that’s when I started to notice, Wow, I got hit with an overdraft fee three times this week. That sucks! Three overdraft fees, that can add up to $40 or $50, and I could really use that $50. Monitoring that made me realize how messed up it was that I would overlook that.

My parents, they immigrated here from the Philippines and they did — and do! — so much. And our family didn’t necessarily talk about what a 401k is and how to invest. There wasn’t time. My parents were busy assimilating; they were also busy shuttling us to every single extracurricular and trying to get us as Americanized as possible. The reason I made that career change to teaching personal finance is that if it took my own struggle of learning personal finance — and I’m in many positions of privilege — to really get on top of my budgeting, how hard is it for everyone else who is not making this a priority? Or doesn’t have time to make this a priority?

Bema: I’m so proud of her, but I still look at her like, “How did you become like that?” I used to be up your butt, asking “Why are you spending? Why are you overdrafting?” And I think she learned from that, and I’m so proud of what she’s doing now.

Berna: Another thing is that we’re also roomies. [A few years ago], I was hired by Instagram, and it meant I got to move back to the Bay Area, which I had been looking forward to doing anyway because New York City had beat me up at that point. My parents were like, “Of course, you’ll stay with us.” And I thought, “No, I’m stubborn. I want to live in an apartment.”

Then I was living in an apartment in San Francisco, and I was like, “Wow this is actually a lot harder than I thought.” I met my partner, Peter, and we started to talk a lot about budgeting and getting ourselves out of student loan debt, asking “What kind of changes can we actually make in our lives to attack our student loan debt?” And this time my parents were like, “Hello, idiots, there’s your childhood bedroom in the house. Why are you holding out so intensely for independence?” Once I identified something that was more important to me than my independence, which was paying off those student loans, we both moved in!

Bema: Filipino moms, we love to keep our children forever. To us, they’re still our babies. Her room is always open, even when she left it. Me and her dad really loved when she came back. I know in heart of hearts she wants to be on her own, but I know it’s very difficult in the Bay Area, and we’re happy that we were part of helping her pay off her student loan.

Berna: And we still pay rent.

Bema: I even told her not to pay rent. But she said, “Mom, we have to give you something.”

Berna: Between me and my partner, we pay $800 for our room. Which is crazy-pants compared to paying for a room literally anywhere in the Bay Area. It’ll be like twice as much. But, of course, they were resistant. Every time we give them the rent check they go, “Hey! Stop! Stop it!”

We’ll continue to pay rent, and my mom’s right, my partner and I will eventually get our own place. But we’re really grateful that we are really taking our time and not having to panic and pay for a really expensive spot because the Bay Area is brutal.

I would definitely do that for my kid, but I’d be like, “Where that’s rent? Where’s the contract? You’re a tenant. Here are the rules.” I’m lucky they’re being really nice, but the next generation is going to get it.

Bema: She can have children starting today!

Bema: I’ve been pressuring them! I’m waiting for a baby.

Berna: She wants little feet. Talk about things that are not in the financial plan!

If you have a compelling story about how money comes into play in one of your relationships — whether with a partner, a friend, a sibling, a coworker, or what have you — we want to hear about it! Email [email protected] and [email protected] with a little about yourself.

US officials say their pressure on Iran is working — and that’s why tensions are getting worse
Working from home for a while? Here’s how to do it securely.
Kirsten Gillibrand announces 2020 presidential exploratory committee
5 takeaways from House Democrats’ resolution on the impeachment inquiry
The Joe Biden and Anita Hill controversy, explained
Christianity Today made a moral case that Trump needs to go. He responded by proving its point.