More teachers are turning to crowdfunding sites to pay for books, supplies, and field trips 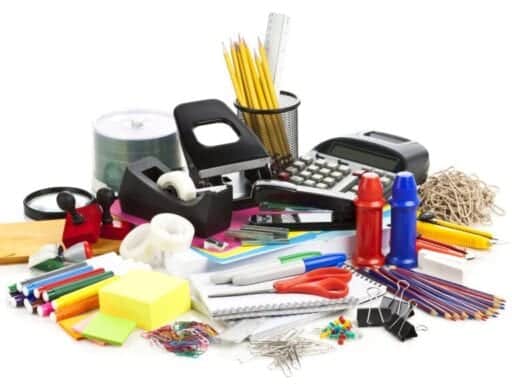 Educators at high-poverty schools spend more out of pocket on their classrooms.

When the education crowdfunding site DonorsChoose.org launched in 2000, Americans were still getting acquainted with Amazon and eBay. If cyber shopping was uncommon, supporting a project through online crowdfunding was nearly unheard of. Today, however, crowdfunding sites are more popular than ever, and teachers particularly are flocking to them.

Educators use the site to request funding for classroom supplies and school projects, and the public can choose which campaigns to support. Once a project is fully funded, Donors Choose ships the materials directly to the teacher’s school. Some Donors Choose projects have gone viral, such as last year when an engaged-to-be-married teacher in Utah requested warm coats and shoes for homeless students instead of wedding gifts. She received more than 1,000 coats.

Educators have used other crowdfunding sites, such as GoFundMe, to remarkable results as well. In 2017, when Teresa Danks, an Oklahoma teacher made headlines after panhandling for school supplies, a GoFundMe page was set up in her honor. In just three days, it raised more than $3,000 and has netted more than $30,000 to date. And in April, another Oklahoma teacher, Laurissa Kovacs, received more than $50,000 in donations via Amazon Wishlist after posting a picture of a broken classroom chair to show how desperately her school needed furniture.

Educators nationwide this year went on strike for better pay, but tightening school budgets have clearly affected more than teacher salaries. Teachers’ growing dependence on crowdfunding sites, grants, and wish lists — coupled with the willingness of most to pay for classroom supplies themselves — signals that education continues to be shortchanged. While schools typically provide basic materials, such as pencils and paper, many teachers say they lack the means to go above and beyond for students. Taking an innovative approach to instruction or offering incentives for success tends to be difficult without supplementing resources, they argue.

“Money’s tight in education, and the idea that we can create new opportunities for our kids, by just telling people we want to do that — that’s unbelievable,” said Rickee Stewart, the teacher who used Donors Choose to collect coats for homeless students, in a 2017 NBC News interview.

Donors Choose spokesperson Chris Pearsall told Vox that teachers are “the front lines for a lot of their students.” Many Americans don’t realize that teachers buy a disproportionate amount of classroom supplies while also paying for students’ needs, he says. It’s not uncommon for teachers to pay for food, clothing, or even eyeglasses for children. Research about how much teachers spend out of pocket on classroom bears this out.

Nearly all teachers spend their own money on classroom supplies

In January, Donors Choose celebrated a milestone, the funding of 1 million classroom projects. Just two months later, the cryptocurrency company Ripple funded every project on the site, at a cost of $29 million. At the time, Ralph Gomez, a science teacher who works at the Academic Leadership Community School in Los Angeles, had multiple projects posted on Donors Choose. Ripple’s gesture helped relieve some of the financial expenses Gomez pays to keep his biology classroom fully stocked. He estimates that he spends at least $600 on school supplies yearly.

“I’m a science teacher, and we always need stuff, and sometimes we can’t wait,” he says.

The items he’s fundraised for include laboratory equipment, plants, cups, scales, sugar, lactose pills (to demonstrate how enzymes work), markers, rulers, and pencil sharpeners. His students have also baked different foods in his classroom, so he’s had to shell out the funds for groceries and snacks.

Educators in low-income schools tend to spend more, the NCES found. A 2016 Scholastic survey also revealed that teachers at schools with mostly socioeconomically disadvantaged students have greater classroom expenses. Scholastic reported that teachers in high-poverty schools spent $672 on school supplies on average, compared to their counterparts in low-poverty schools, who spent an average of $495. More than 4,700 educators took part in the Scholastic survey.

Gomez is a case in point. At his school in the Los Angeles Unified School District, most students qualify for free or reduced lunch. Through Donors Choose, he’s been able to raise the funds to send groups of students to Catalina Island, a popular Southern California destination for observing marine life. For a class of 30 students, the trip costs more than $10,000, according to Gomez.

He’s also lucked out on Donors Choose when his projects haven’t been funded. When he used the site to request robotics equipment, a user let him know that he couldn’t fund the project but could ship gently used robotics gear to him.

“The teachers don’t want to do labs because they don’t have the supplies and are afraid to use the supplies they have because the kids don’t know how to use them and might break them,” he says. “Well, of course, they’re going to break them; they’re kids. Then the kids wonder why they’re not doing anything in class.”

By crowdfunding, Gomez says he has the flexibility to teach interactively rather than simply lecturing.

While teachers bear a significant financial burden, the federal government isn’t doing much to repay educators for their expenses. Last year, the US Senate passed a bill that would have allowed teachers to deduct up to $500 spent on classroom supplies from their taxable income, double the amount of the existing deduction. But because the House passed a bill that would have eliminated the deduction altogether, the two legislative bodies decided to compromise. That meant leaving the deduction the same as it had been, a paltry $250.

The news did not please LA English teacher Kristin Gifford, who spent $1,791 of her own money last year on classroom supplies. The sum covered everything from furniture to books for the ninth-graders she teaches at the Academic Leadership Community School, where she works with science teacher Gomez.

“It’s ludicrous, especially because of all of the tax breaks for millionaires,” she says of the deduction.

“It comes in little bursts,” Gifford says of her classroom expenditures. “I’ll go through phases. I love reading books. I shop for books for myself, so I buy books for my students at the same time. And furniture, over time, with so many kids, things will start to fall apart, or kids have vandalized or tagged up things.”

In addition to supplies, Gifford spends money to attend conferences, such as the National Council of Teachers of English annual convention. While her school gives her money to cover registration costs for such events, she pays for her airfare and accommodations, she says.

A 27-year teaching veteran, Sid Shapiro finds it disappointing that educators aren’t reimbursed more for their expenses. Shapiro taught in New York City for a decade and now teaches in Southern California. She’s footed the bill for items like paper, erasers, markers, and stickers throughout her career. She now teaches deaf and hard-of-hearing students at Cleveland Elementary School in Lakewood, California.

Most teachers aren’t thinking about their taxes when they pay for school supplies out of pocket, Shapiro says. But she’s disheartened that the federal government doesn’t recognize the sacrifices teachers make for their students. She estimates that she spends at least $1,200 on her classroom annually and doubts that figure will ever fall below $1,000. Because Shapiro teaches the deaf and hard of hearing, making sure her students are visually stimulated in class is a priority, she says. They wear costumes, and make food and lots of crafts.

Although some teachers start the school year by giving students a laundry list of supplies they’ll need to buy, Shapiro isn’t one of them.

“I’m old school,” she says. “I believe the kids shouldn’t have to bring anything. I don’t want families to feel bad if they can’t bring in everything on the list.”

Shapiro has offset some of her expenses by applying for grants from organizations like the Lakewood Educational Foundation, which has awarded her up to $500 on multiple occasions. She’s also received repeat $250 grants from the Council for Exceptional Children. And an administrator at her school helped Cleveland Elementary win a $5,000 grant from Honda.

She emphasized that she’s hardly an anomaly. The teaching staff at her school and elsewhere hustle to get the classroom materials students deserve.

“We’re all reaching in our pocket,” Shapiro says. “Any teacher who’s worth anything is going to put kids first. We buy things because we have to do more than what we’re given.”

Who should get the Covid-19 vaccine first? Ethicists are fiercely debating how to vaccinate billions...
The Kenosha officer who shot Jacob Blake won’t face any charges
New 2018 midterm poll has Democrats up 14 points on Republicans
America’s anti-democratic Constitution, explained
“Good taste” is all about class anxiety
The techlash isn’t big enough to stop Facebook from selling video chat devices for your living room