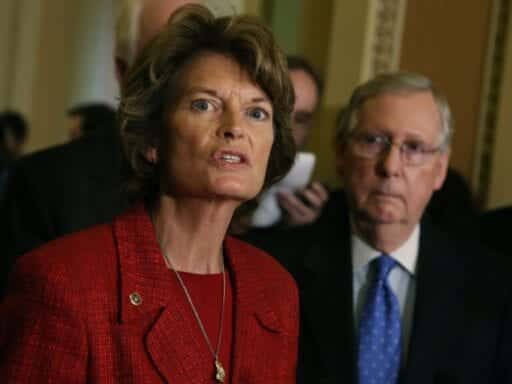 Senate Majority Leader Mitch McConnell has pledged to work closely with the White House on the impeachment trial. GOP Sen. Lisa Murkowski is disturbed by the idea.

Murkowski expressed her concern while speaking with Alaskan news station KTUU Tuesday. “When I heard that, I was disturbed,” Murkowski said of McConnell’s comments, which he made to Fox News. “To me it means that we have to take that step back from being hand in glove with the defense, and so I heard what leader McConnell had said, I happened to think that that has further confused the process.”

The House voted to impeach Trump on December 18 on a nearly party-line vote. However, House Speaker Nancy Pelosi has yet to send the impeachment articles to the Senate, saying she wants to hear more about McConnell’s plan for the trial in the chamber.

A week before the House vote, McConnell gave his first clue about how he and Republican leadership intended to conduct the trial in an interview with Fox News.

“We’ll be working through this process, hopefully in a fairly short period of time, in total coordination with the White House counsel’s office and the people who are representing the president in the well of the Senate,” McConnell told Fox News on December 13.

McConnell expanded on his impeachment thoughts several days later in comments to reporters. “I’m not an impartial juror. This is a political process. There’s not anything judicial about it,” McConnell told reporters on December 17. “The House made a partisan political decision to impeach. I would anticipate we will have a largely partisan outcome in the Senate. I’m not impartial about this at all.”

Impeachment is now shifting away from the Democratic-controlled House to the Senate, where Republicans hold the majority, and it’s unlikely that the process will end with Trump’s removal (a two-thirds supermajority is needed to remove the president). Many Senate Republicans have echoed McConnell in defending the president; South Carolina Sen. Lindsay Graham has already declared he is “not trying to pretend to be a fair juror here.”

But even with conviction by the Senate almost certainly out of the question, moderate Republicans like Murkowski and those facing tough reelection battles will be watched closely to see if any Republicans defect to the Democrats’ side when it comes time to vote.

Like other moderate Republican senators, Murkowski has mostly remained tight-lipped as the House has worked its way through its investigations. While commenting on McConnell, she also took a dig at congressional Democrats, saying they rushed the impeachment investigations. “Speaker Pelosi was very clear, very direct that her goal was to get this done before Christmas,” she said.

All eyes turn to the Senate

The parties have been arguing over the scope of the Senate trial, including whether to call key witnesses and, if so, how many witnesses should be called. On December 15, Senate Minority Leader Chuck Schumer (NY) sent a letter to McConnell asking that four key witnesses who have knowledge of the Ukraine scandal be called during the Senate trial: acting White House Chief of Staff Mick Mulvaney, former National Security Adviser John Bolton, White House aide Rob Blair, and Office of Management and Budget official Michael Duffey.

But McConnell rejected that proposal last Tuesday, suggesting in a floor speech that he preferred the “1999 approach,” from the Clinton impeachment trial, in which senators decided whether to call witnesses only after the trial has begun. Democrats, including Pelosi and Schumer, want it decided upfront whether witnesses will be called. Pelosi has said publicly that she doesn’t trust that McConnell will run a fair trial after his Fox News comments.

The issue is likely to be settled by a small group of moderate Republican senators, most prominently Murkowski, Maine Sen. Susan Collins, and Utah Sen. Mitt Romney. The group has mostly avoided direct comment on the ongoing scandal, deferring to their constitutionally prescribed roles as impartial jurors in a Senate impeachment trial. While pledging to be an impartial juror, Romney hasn’t shied away from criticizing the president’s actions, including lambasting Trump’s public call for China to investigate the former Vice President and Democratic presidential candidate Joe Biden and his son Hunter.

When the only American citizen President Trump singles out for China’s investigation is his political opponent in the midst of the Democratic nomination process, it strains credulity to suggest that it is anything other than politically motivated.

Collins, who faces a tough reelection bid next year in Maine after voting on several key Trump priorities like the tax cuts and confirmation of Supreme Court Justice Brett Kavanaugh, has also expressed concern over McConnell’s commitment to work closely with the White House throughout the trial. She said McConnell’s plan “would not be the approach that I’d’ve taken.”

Given Republican control of the Senate, it’s unlikely the chamber will end up voting for Trump’s conviction and removal, but any GOP defections will be a blow to the president, as explained by Vox’s Li Zhou:

In order for the Senate to convict the president of charges, 20 Senate Republicans would have to join with the 47-member Democratic caucus in order to reach the 67-person supermajority threshold that’s needed. Still, any breaks within the Republican conference don’t look great for Trump and help give Democrats further ammunition to use against him in the 2020 election.

It remains to be seen whether these comments from Murkowski, Collins, or Romney are signs that they may defect from the party’s Senate majority. But they certainly ensure that the Republican moderates will continue to be closely watched as the impeachment drama moves to the Senate.

Asian Americans make up a big part of the Nevada electorate — enough to sway the caucuses
Why Congress and the Pentagon are tussling over US troops in West Africa
Bernie Sanders endorses Joe Biden: “We need you in the White House”
The absurd, sadistic joy of The Flight Attendant
Oscars 2019: winners, nominations, and biggest moments
Kamala Harris’s foreign policy, explained