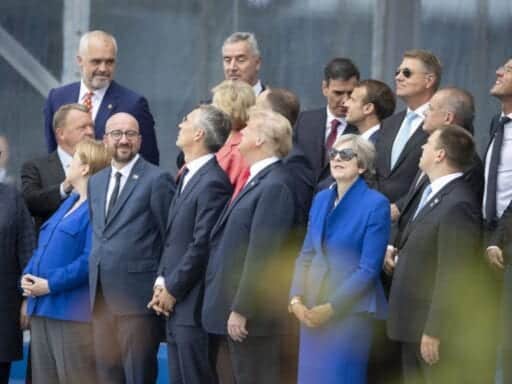 List of attendees, news, and analysis on the annual meeting.

President Donald Trump is in Brussels this week for a critical NATO summit, where he and 28 US allies will discuss threats to European security. And already on Day 1, he’s ruffled some feathers.

NATO, or the North Atlantic Treaty Organization, is a military alliance between the United States, Canada, and several European countries. It was signed in 1949 in an effort to contain Soviet expansionism after World War II. The United States currently pays 22 percent of NATO’s total costs, which in 2017 amounted to just under $2 billion.

The meeting comes shortly after Trump made anti-NATO comments and sent letters to leaders of several NATO countries condemning them for not spending more money on defense. For now, all eyes are on how he interacts with those leaders — and the potential impact it could have on the US’s global relationships.