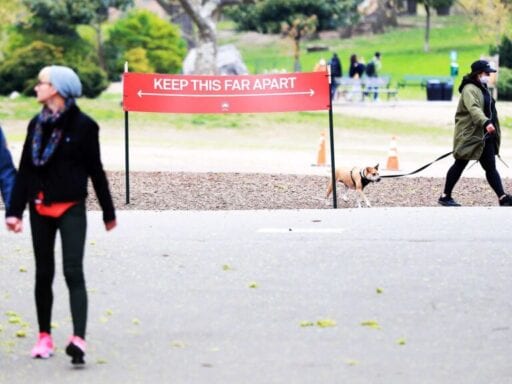 The United States now has more than 872,000 confirmed coronavirus cases, though that’s almost certainly an undercount given the continued lack of testing. But how much of an undercount is the question officials are now trying to find out.

One way they’re doing this is with antibody tests. These tests detect if someone has antibodies to the virus in their body, which would mean they’d been infected with Covid-19 at some point. On a broader level, that allows public health experts better understand how many people in a given population might have been infected, how the virus spread through that population, and the disease’s fatality rate.

New York just completed a randomized antibody test of 3,000 people statewide. The results — if accurate and representative — suggest that as many as one in five New York City residents may have had the coronavirus. That would indicate a much more widespread infection than was previously known, though there is still some skepticism about the accuracy of these results.

New York officials are hoping to use this information to get a better sense of the scale of the infection to help guide their decision on when to reopen the state, which officials have said won’t happen until at least May 15.

Elsewhere, though, states aren’t waiting for more or better information to guide their decisions.

Georgia is pushing ahead with reopening businesses, even though, as the New York Times reports, the state has one of the lowest testing rates in the country, and the number of new cases there continues to rise each day. For these reasons, public health experts fear Georgia is reopening far too soon and that it could lead to a resurgence of infections.

Republican Gov. Brian Kemp defended the reopening on Thursday, saying the “decisions and direction are informed by data and public health recommendations.” Either way, some businesses in the state are reopening Friday, so if you need a haircut in Georgia, you can get one.

And it’s not just the US that’s trying to figure its way out of the coronavirus crisis. Spain extended its lockdown to May 9 this week, though it has loosened some measures. On Friday, the Western European country recorded the lowest 24-hour death toll in more than a month. There were still 367 deaths.

New York state had nearly 270,000 confirmed cases of coronavirus as of April 23 — but could that number actually be 10 times higher? Maybe, according to the preliminary results of New York’s antibody study.

Gov. Andrew Cuomo revealed the findings of an antibody testing program, which randomly sampled 3,000 New Yorkers at supermarkets and big-box stores in 40 locations in 19 counties across the state. About 13.9 percent of those tested across the state were found to have antibodies, indicating they likely had Covid-19 at some point.

Within New York City, the results were even more dramatic. At least 1,300 people were tested, with 21 percent of those tested showing antibodies. Extrapolating that data would mean about a fifth of the city’s population — about 1.6 million people — had been infected with the virus at one point.

The good news is that this would mean the fatality rate from the coronavirus in New York may be much lower than it currently appears.

The bad news is that the randomized sample has a lot of caveats, and it’s not yet clear how accurate the findings are. Cuomo acknowledged this on Thursday, though he said further testing will provide additional data.

“We’ll have a larger and larger sample. But I want to see snapshots of what is happening with that rate,” Cuomo said at his press conference Thursday. “Is it going up, is it flat, is it down? And it can really give us data to make decisions.”

Experts still cautioned against putting too much stock in these findings, both because it’s not totally clear how accurate these antibody tests are and because of the way New York carried out its tests — which focused on testing people who were out and about, and so more likely to be exposed.

And as Vox’s Brian Resnick and Umair Irfan explain, antibody tests are “useful, but they don’t answer everything”:

Even more critically, as Resnick and Irfan write, scientists still “do not know what levels of antibodies are needed to have lasting, protective immunity” from Covid-19. While experts think it’s likely those who have recovered from Covid-19 might have some protections if they’re reinfected — for example, the virus might not be as potent — scientists are still trying to figure out how long those defenses might last, and how strong they might be.

New York is looking to expand the scope of antibody testing, and CBS2 News in New York has said a site is opening in Sunset Park, Brooklyn, on Friday. This information may help determine when to reopen the state, and countries like Germany have dabbled with the idea of “immunity passports” to let people safely return to work.

The World Health Organization has warned against relying too heavily on antibody tests because, again, at least right now, they can’t prove a person is immune or completely safe from reinfection.

(For more on what we know and don’t know about coronavirus immunity, check out Resnick and Irfan’s explainer.)

Georgia reopens, for haircuts and squats

Less than a month after Gov. Kemp issued stay-at-home orders (after saying he had just learned that asymptomatic carriers of the coronavirus could spread it), Georgia is partially reopening.

On Friday, gyms, bowling alleys, body art studios, barbers, nail and hair salons, and massage parlors can reopen for what Kemp called “minimum basic operations.” Restaurants and movie theaters will be allowed to resume some operations on Monday.

Those operations are supposed to include safety measures such as screening workers for fevers, wearing masks and gloves, adhering to strict hygiene and sanitation protocols, and separating workspaces by 6 feet. How one cuts hair or gives a massage from 6 feet away, well, who knows.

Georgia businesses, and their workforces, seem split over whether to open up or to remain at home because of the coronavirus. And Georgia doesn’t even meet the White House’s guidelines for a phased-in reopening. For starters, the number of new cases is still trending upward, and though Georgia has ramped up testing in recent days, it lags far behind other states.

President Donald Trump has offered mixed messages on the question of when states should reopen. On the one hand, he’s said the decision is up to governors, though he’s said they should follow the federal guidelines. On the other hand, he’s tweeted about “liberating” states where governors have, well, made their own decisions.

Trump at first backed Georgia’s plan at a press conference Tuesday, saying Kemp knew what he was doing. The New York Times reports that, behind the scenes, both Trump and Vice President Mike Pence backed the plan.

But during his press conference on Wednesday, Trump backtracked, saying he thought it was “too soon” for Georgia to reopen, a rare critique of an ally like Kemp. The Associated Press reports that Trump’s public health advisers, including White House coronavirus task force coordinator Dr. Deborah Birx, warned him that it was far too early for Georgia to open.

But as Vox’s Emily Stewart reports, just because businesses can reopen doesn’t mean they will — or that people will visit those businesses that do reopen. “Kemp has imposed extra stress on people by forcing this decision on them,” Stewart writes. “Imagine you’re a Georgia worker now expected to go back on the job. Do you stay home, forgo your livelihood, and hope an unemployment check comes in? Or do you go in and hope not to get sick?”

Spain reports its lowest death toll in a month

On Friday, Spain registered 367 deaths, its lowest 24-hour death toll in more than a month, according to its health ministry. And for the first time since the start of the crisis, Spain saw more recoveries from Covid-19 than deaths, reports El Pais. In total, Spain has seen more than 22,500 deaths as of April 24.

Spain has surpassed Italy for the highest number of cases in Europe. With 220,000 cases, it is now second only to the US — though, of course, it has a much smaller population (47 million, compared to the US’s 330 million).

Spain has been under lockdown for more than a month, and will remain so until at least May 9. But the government is starting to gingerly ease restrictions. Earlier this month, it allowed workers in construction and manufacturing to return to their jobs, and health officials in Spain said that, so far, they haven’t noted “significant impact” on the transmission rate after easing those rules.

Starting this Sunday, Spain is also allowing children under 14 to go outside for an hour a day, but they must do so between 9 am and 9 pm; stay within a one-kilometer radius of their homes; and be accompanied by an adult. Before this measure, kids were not allowed out of the house at all under Spain’s lockdown orders.

Children “will be able to run, jump, play sport, respecting physical distancing conditions,” Deputy Prime Minister Pablo Iglesias said Thursday. “They will also be able to go out with toys, a ball or a scooter but they cannot go to play areas in parks.”

Trump suggesting at a press conference Thursday that maybe people could be injected with light and/or disinfectant to kill the coronavirus was not good.

But here’s the internet to make it seem slightly better.

The First Amendment has a Facebook problem
Iowa’s Joni Ernst ties her reelection prospects to Trump with speech at the RNC
Jill Biden feels America’s pain
Welcome to The Highlight’s Decade Issue
9 key questions about the longest government shutdown in history, answered
Trump says murders are up in Democrat-run cities. They’re up in Republican-run cities, too.